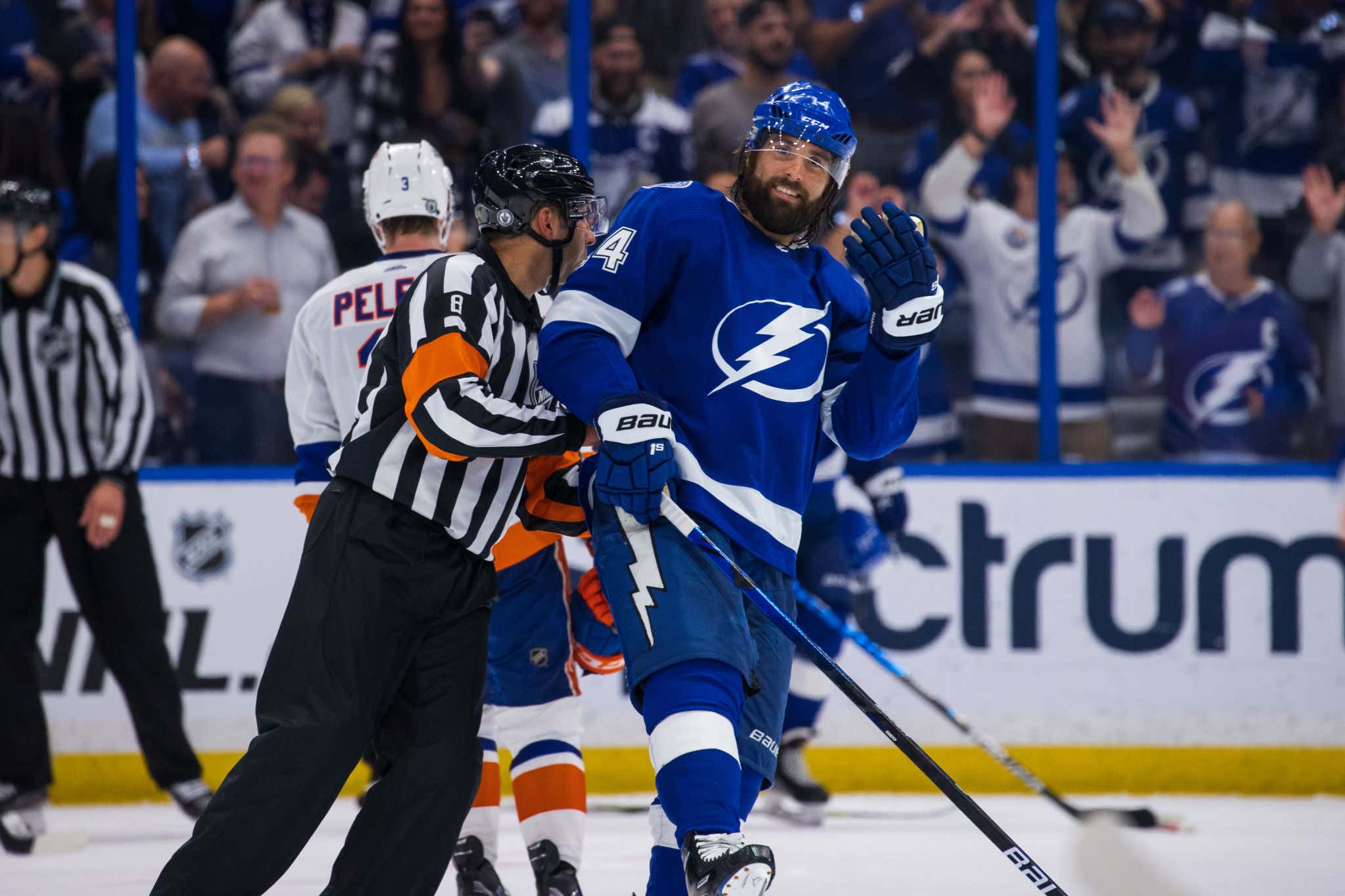 There's this one guy who used to play hockey. His name is Wayne Gretzky. Perhaps you've heard of him. If not, all you need to know is that he holds a shit ton of records and many people often consider him to be the greatest hockey player to ever live.

Would you care to take a guess on how many times Wayne Gretzky--The Great One--has won 3 Stanley Cups in a row? The answer may shock you.

So essentially what I'm getting at here is that Pat Maroon is just 4 wins away from accomplishing something in his career that Wayne Gretzky never had before. Accomplishing something that very few players throughout the history of the game outside of those Montreal teams in the 60s through 70s and then that Islanders team in the late 70s/early 80s have ever done before. If the Big Rig goes for 3 straight rings with 2 different teams, you've gotta put that maniac in the Hall. If a fella like Dick Duff can be in the Hall of Fame, then so can the Big Rig. No offense to Dick Duff or anything. He was a beast, but I'm just saying.

Moral of the story is this is a legacy series for Pat Maroon. Also a legacy series for Cole Caufield, who could become the first player in hockey history to ever win the World Juniors, Hobey Baker, and Stanley Cup all in the same season. Wayne Gretzky never did that either. So yeah, massive series coming up here and it all gets going tonight. Big Rig vs Small Caul. Can't wait.