Yesterday Cardi B announced she's expecting baby #2 with husband Offset during a performance with Migos at the BET Awards, and then afterwards on her Instagram. There's no word on the gender or exactly when she's due, but going off the clear view we got through that mesh belly circle she looks pretty far along. 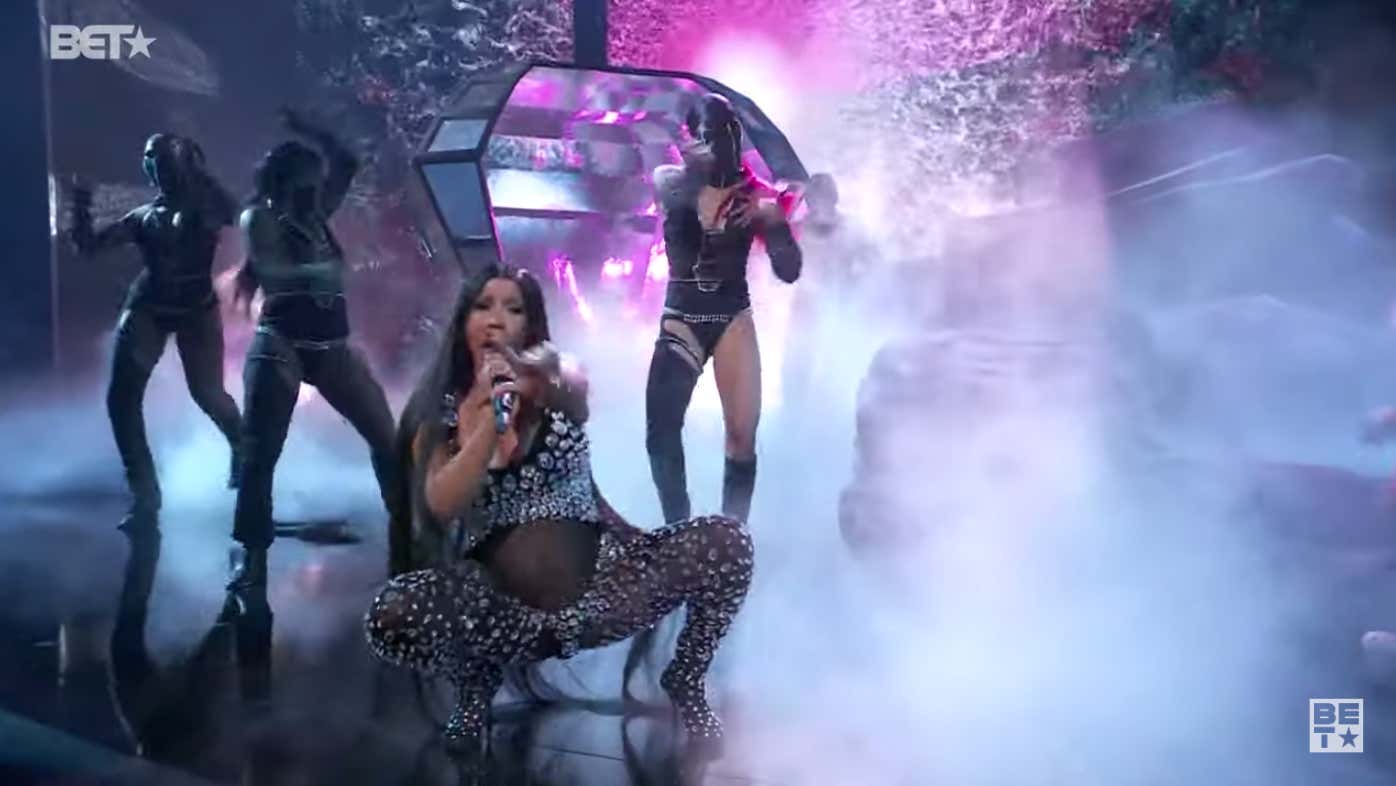 To make it about me, someone who wound up crawling to the bathroom at night & using a cane at certain times due to nightmare-fuel back pain during my own pregnancy, I have to say I was incredibly impressed with BOTH squats in high heels during her cameo on stage. I'd have been left there laying on the lava dance floor like a turtle stuck on its back even if I were in Crocs. 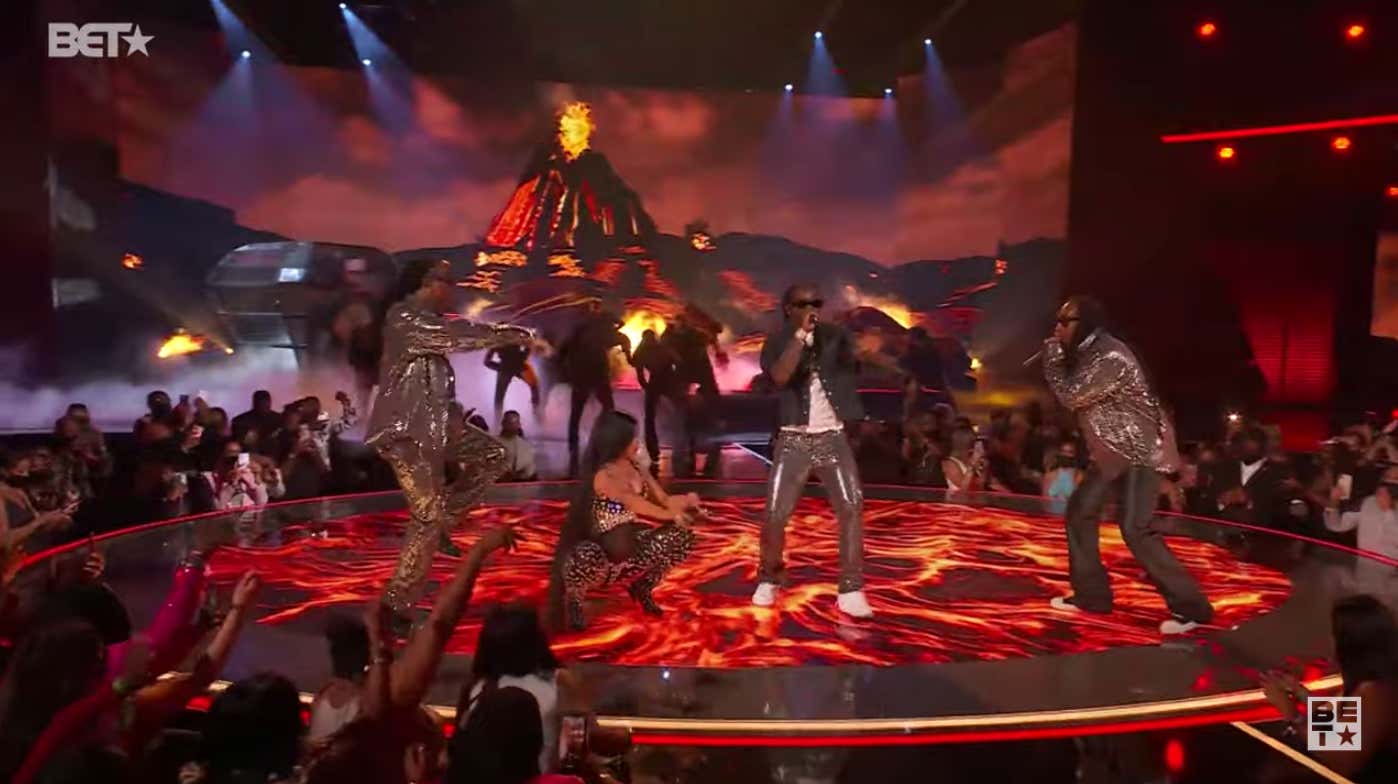 The internet is also buzzing about her performance at the Grammys in March again, as it would seem she was likely pregnant in 18lbs of dance armor (darmor??) at the time and doing intense choreography. Again, during the morning sickness phase I could barely do the robot in sweatpants. Salute.

Their first child, Kulture, is almost three now & was revealed during a Saturday Night Live preformance.