Via the Sandwich Enterprise:

Joseph A. Vaudo, who for decades ran seafood markets near the Sandwich Marina before going bankrupt and losing his business, was arrested Friday, June 25 after he allegedly went to his former market, which is now operated by a new owner, and turned off the compressor and oxygen supply to the live lobster tank. 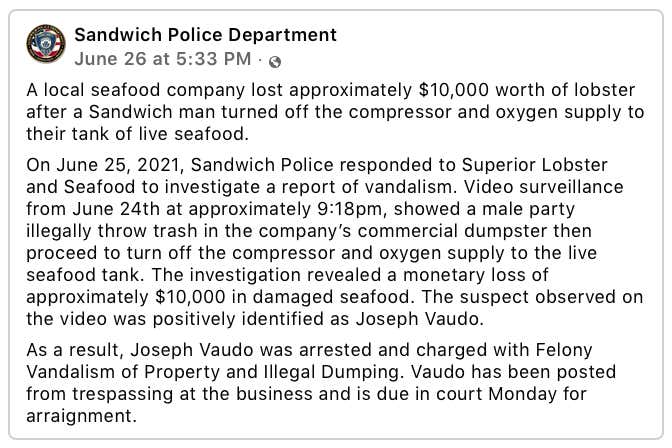 According to the Cape Cod Times this isn't Vaudo's first run in with the long claw of the law:

Vaudo pleaded guilty in March of 2014 to receiving stolen oysters at the former site of Joe’s Lobster Mart on the Cape Cod Canal. He paid a $6,250 fine, and had his two state permits to sell seafood revoked.

Vaudo bought the oysters from Michael Bryant, who would later say at a hearing where he pleaded guilty to stealing oysters that he sold stolen seafood to Vaudo on other occasions.

Interested to see what his sentence will be this time around & I hope justice is served up like a steamy Boston lobstah.

Sheesh. Find me a more Cape Cod story than that. I'll wait.

Anyhow - The silver tuna lining? Other businesses in the area like Lo Adoro Italian Market are stepping up to help, giving you discounts at their own business if you show you've shopped at Superior Lobster. If you live nearby or you're headed that way on vacation give Superior Lobster a visit if you can. 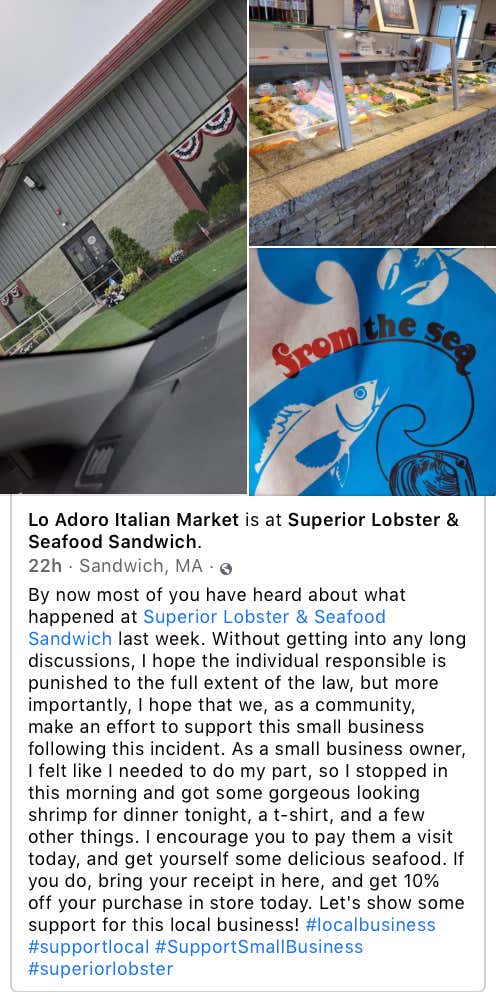