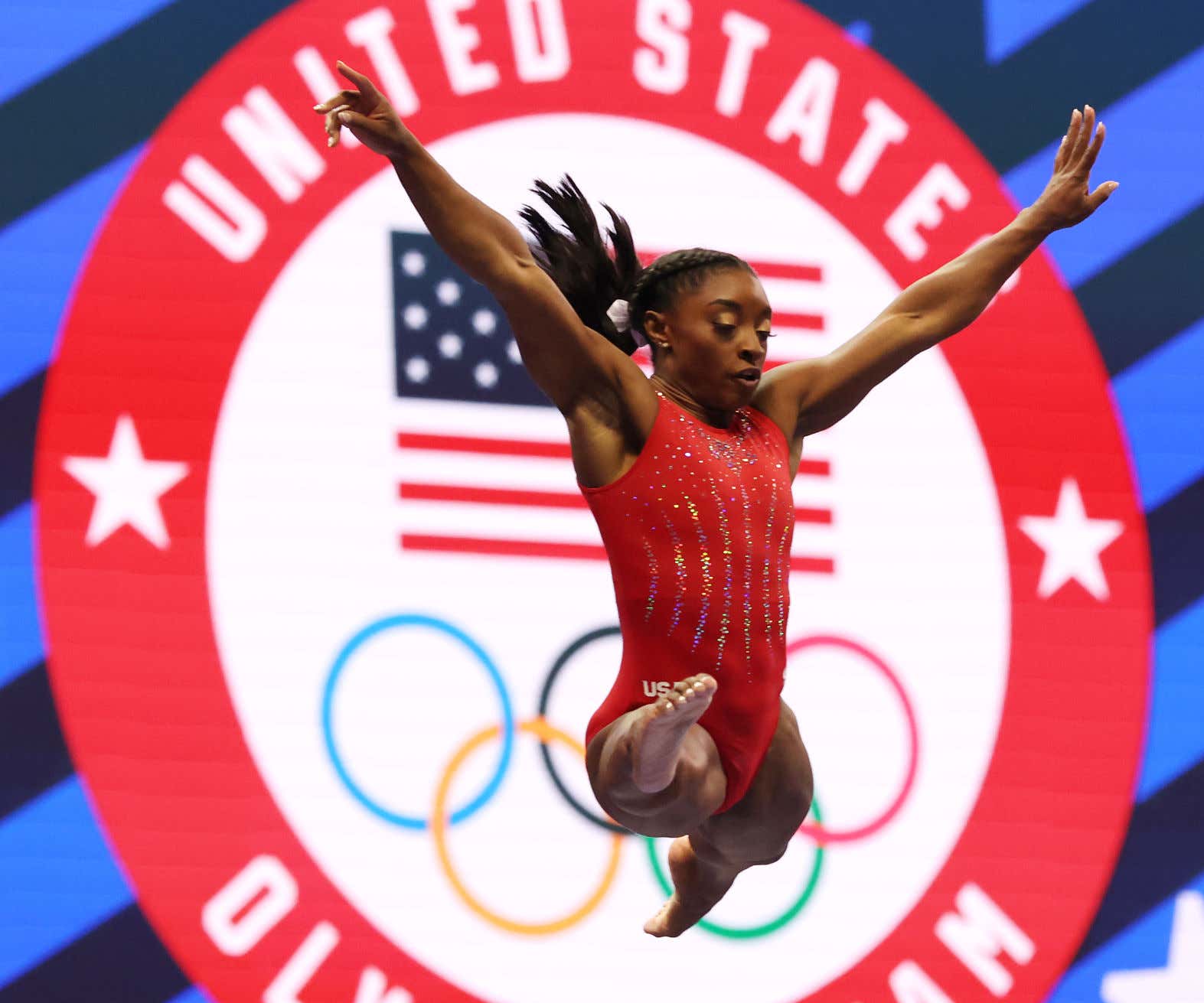 It's actually getting hard to even continue calling this a rivalry. Because year after year, time after time, Simone Biles continues to put an absolute BEATDOWN on everything you thought you once knew about gravity, physics, and the human body. There are professors who spend their entire careers trying to define the laws of physics and come up with mathematical equations to figure out just exactly how the world works. And then Simone Biles steps up and shoves all of them in a locker by doing something like this.

Imagine being gravity right now. You've gotta be absolutely sick to your stomach. You went thousands of years as the most dominant force on the planet. Then humans came around and they figured out how to build some planes to fly in the air a little bit, which was gravity's first loss. Then humans built rocket ships to figure out how to leave the atmosphere and get to space. Another brutal blow to gravity, but still something they could bounce back from.

But now that Simone Biles is flying? Now that humans are kicking the shit out of gravity without the help of planes or rocket ships or any other device? Well now you gotta start wondering if gravity is officially washed. Perhaps that is the final nail in the coffin for gravity. And there's nobody else on the planet who could deliver that dagger quite like Simone Biles. What a monster. Tokyo better have a retractable roof next month.