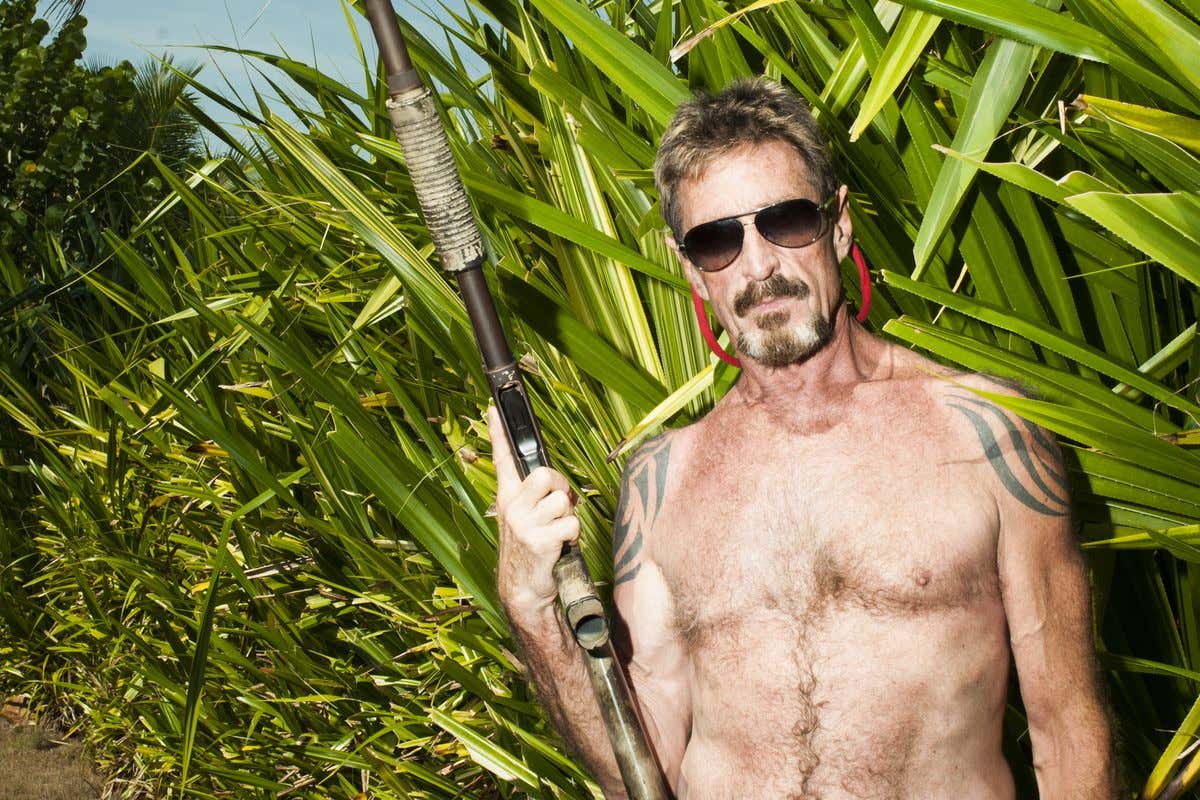 To me, one of the most overlooked lines in the most heavily quoted movie of all time comes early on in The Godfather when Michael is explaining the family business to Kay, compares his father to politicians and makes the case he operates no differently than any other powerful man. " Do you know how naive you sound, Michael?" she says. "Presidents and senators don't have men killed." And after a long, pregnant pause Michael nods knowingly and replies, "Oh. Who's being naive, Kay?"

I think of that line any time someone who potentially has dirt on powerful people dies unexpectedly or (I love this expression), turns up missing. Jeffrey Epstein being the perfect example. But also Whitey Bulger. And journalists like Jamal Kashoggi (who was verifiably murdered horribly) and Christopher Sign (who reportedly took his own life under mysterious circumstances). And for sure I'm thinking of it now, in the aftermath of computer virus magnate John McAfee dying in prison just as he was going to be extradited to the U.S. on tax evasion charges. After he posted Tweets like these:

But don't let me go too far down that rabbit hole since Dante knocked it out of the park with a comprehensive post just yesterday:

Well "crazier and crazier" has gotten even crazier since, as the Tweet his widow Janice McAfee posted just a few days ago has surfaced. That would be this Janice McAfee:

The night after McAfee arrived in the United States after being deported from Guatemala in December 2012, he was solicited by Janice Dyson, then a sex worker in South Beach (Miami Beach).The two spent the night together. Despite Dyson being more than 30 years McAfee's junior, McAfee and Dyson subsequently began a relationship, and married in 2013.

And given all these two crazy, star-crossed kids have been through, sticking together for eight years is a pretty life-affirming accomplishment that should give us all faith in the power of love. Only in death do they part.

With that, it's logical to assume that Janice knew him, and his prison situation, better than anyone. Which makes this most recent post of hers from Sunday all the more chilling: 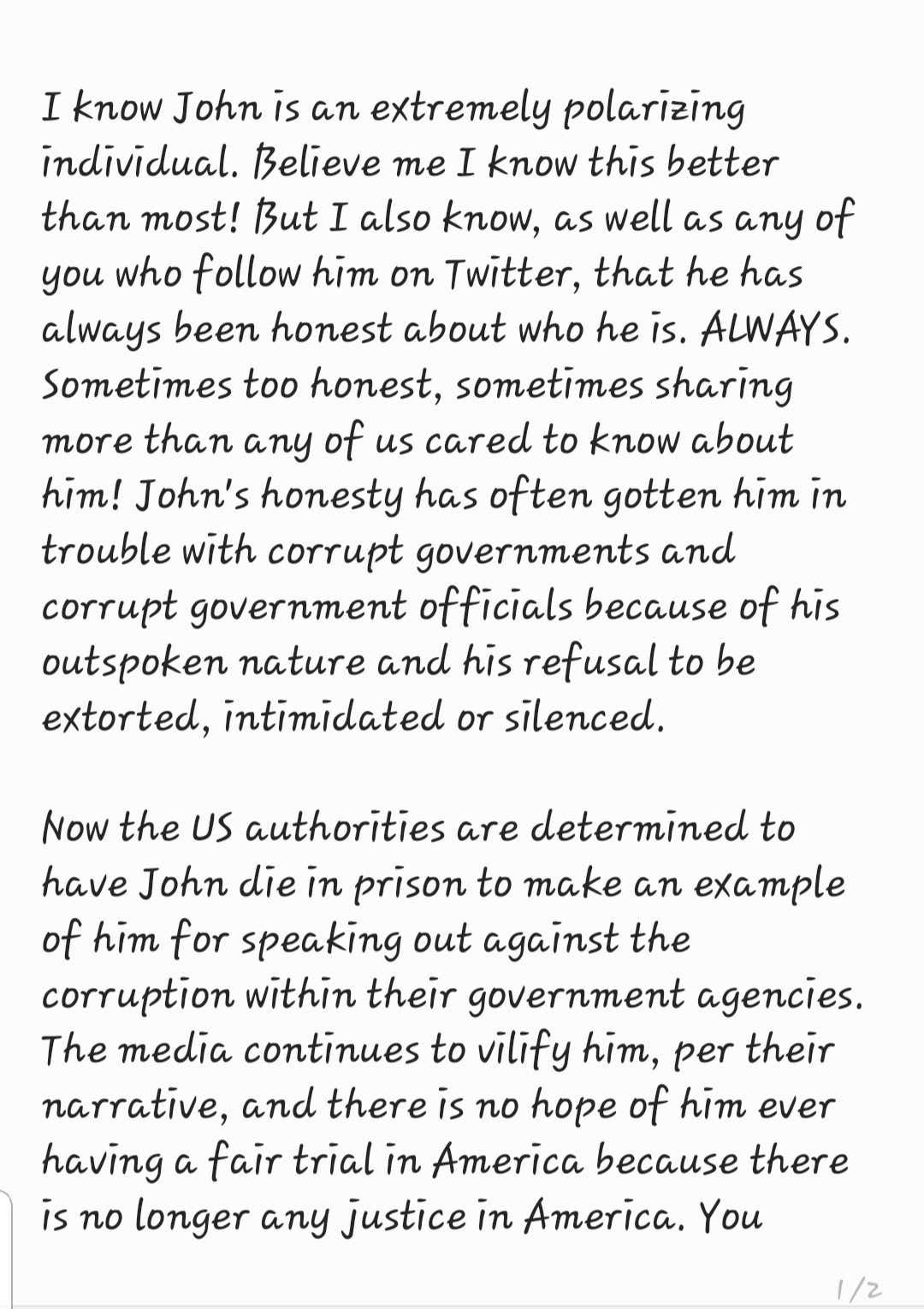 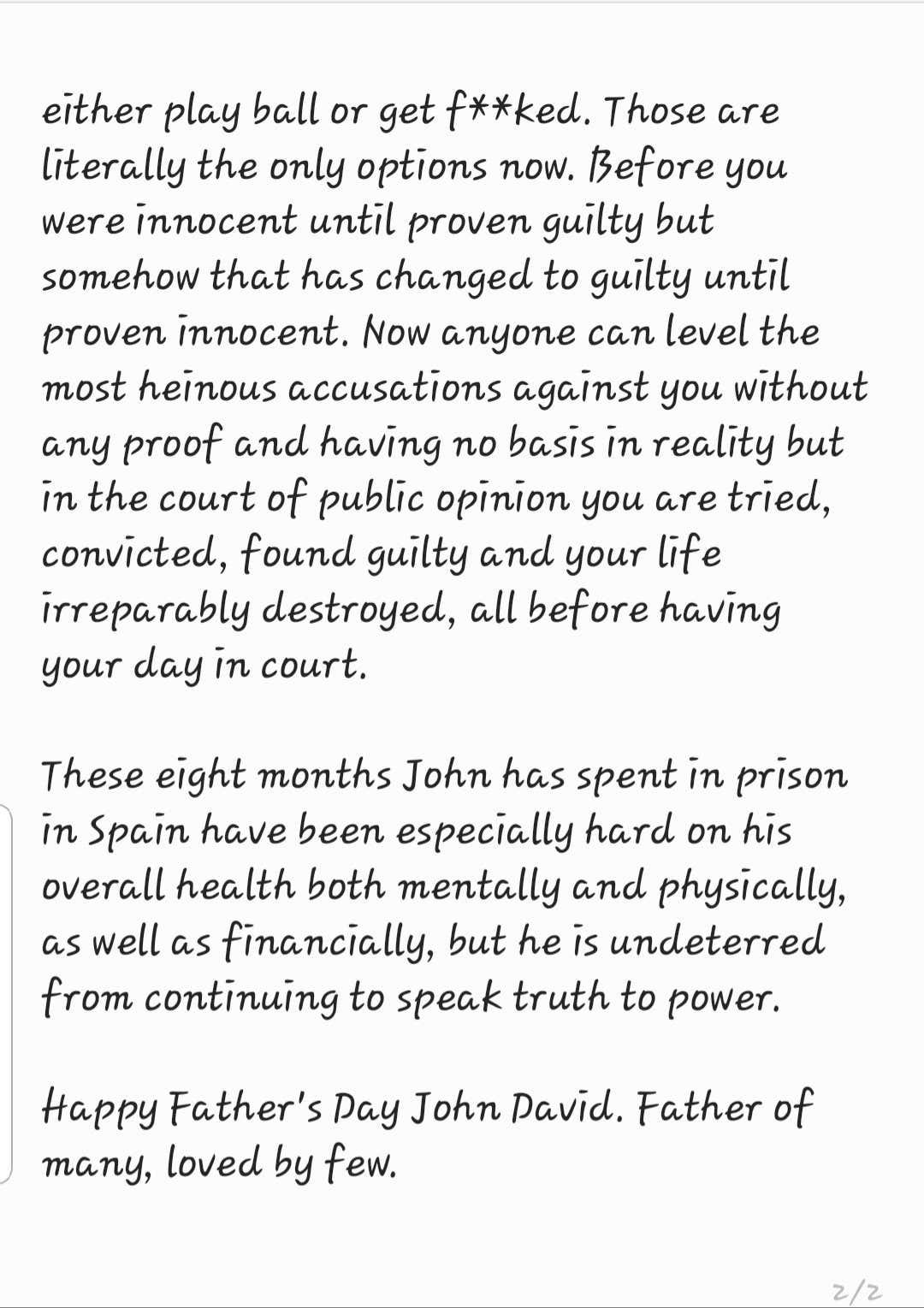 Holy moly. You can question the choice of font, but not the sentiment. Not the raw, brilliantly expressed thoughts of a loving wife worried about her husband's safety.

"[T]here is no hope of him ever having a fair trial in America because there is no longer any justice in America."

“You either play ball or get fucked. Those are literally the only options now. Before you were innocent until proven guilty but somehow that has changed to guilty until proven innocent."

"[Y]ou are tried, convicted, found guilty and your life irreparably destroyed, all before having your day in court."

"[H]e is undeterred from continuing to speak truth to power.”

And now he's dead. Reportedly by his own hand. Which, while entirely possible, doesn't sound at all like the Occam's Razor most likely scenario given the fact both John and Janice McAfee made it clear he was in danger of being silenced, but steadfast and resolute in standing up to the powers that be.

No one can definitively say McAfee was killed to make sure he didn't "speak truth to power." But there's no denying this is yet another prison death that does not pass the smell test. To come full circle with another line from the same character in the second most quoted movie of all time, "If anything in this life is certain, if history has taught us anything, it is that you can kill anyone."