For the sake of context and avoiding spoilers, I politely ask that you watch the game above before continuing further to read my statement. I'll sit here responsibly sipping on a High Noon while you do so.

All set? Okay, good. Now here is my official statement in exactly 3 words (Please read it in Eddie's voice for the full effect):

To be clear, I am not saying Ziti is great or even very good. But Ziti sure as shit ain't bad. We may not have the greatest win/loss record. However our two wins this season against the number 2 and 4 Dozen teams in the country with our losses coming against the number 3, 6, and 8 teams along with Chiclets, who has only played one game this season. 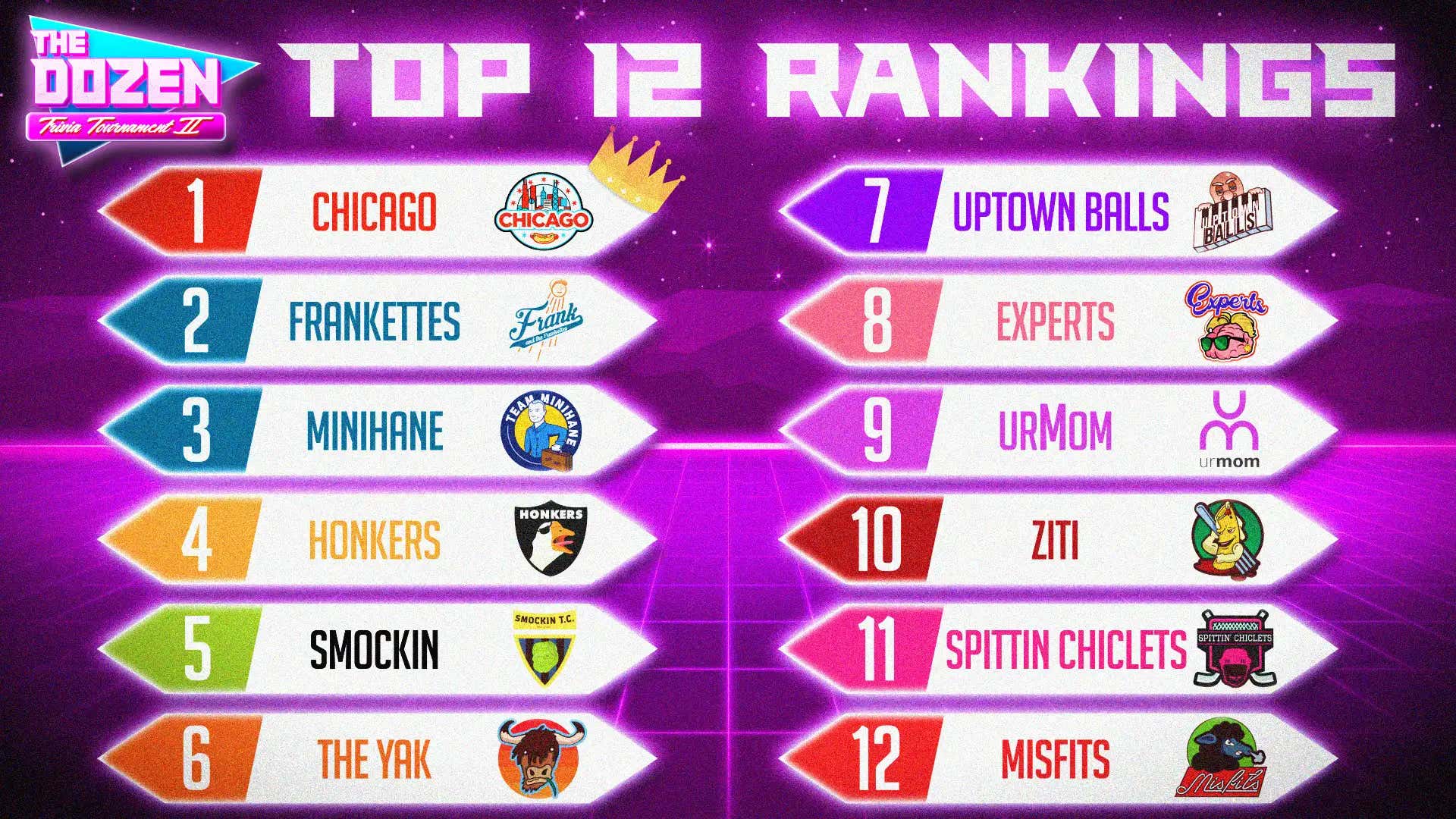 Oh yeah and each of those losses have been by either 2 or 1 points, likely after we shot ourselves in the foot, dick, balls, and multiple other body parts because we are goddamn morons that talk ourselves out of answers constantly like some Dozen version of Mustafa.

I would say that we are the Vandy football of The Dozen that has an ugly record because of the absolute monsters they have to play week in and week out. However, Vandy doesn't take down Bama and Georgia like we just did with The Frankettes in the (virtual) Arizona Bowl or The Honkers last night nor do they keep it close in every other SEC game.

Our answer guy is a cerebral assassin that started this whole damn company, I have an All Star MVP award of my resume, and Eddie is a calming presence that can catch fire like he did last night in what was the moment I realized Barstool is a media powerhouse company.

Again, I'm not saying Team Ziti is world beaters by any stretch or that you should pick us to win the Season 2 Tournament. But outside of the records, there really isn't that much of a difference between us, the 4th ranked Honkers (who we just beat), and the crown holding Team Chicago other than Ziti holding the clear advantage in handsomeness. 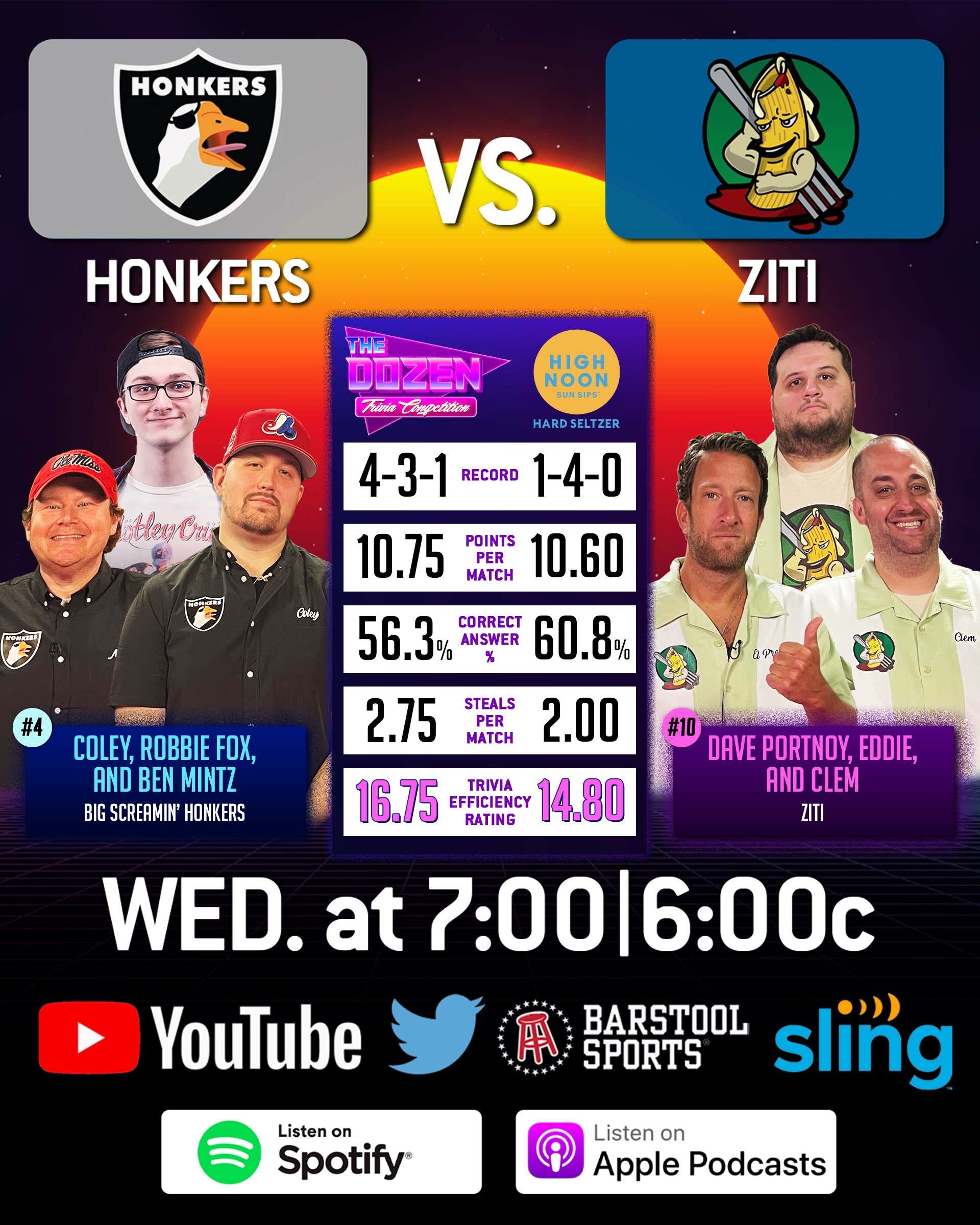 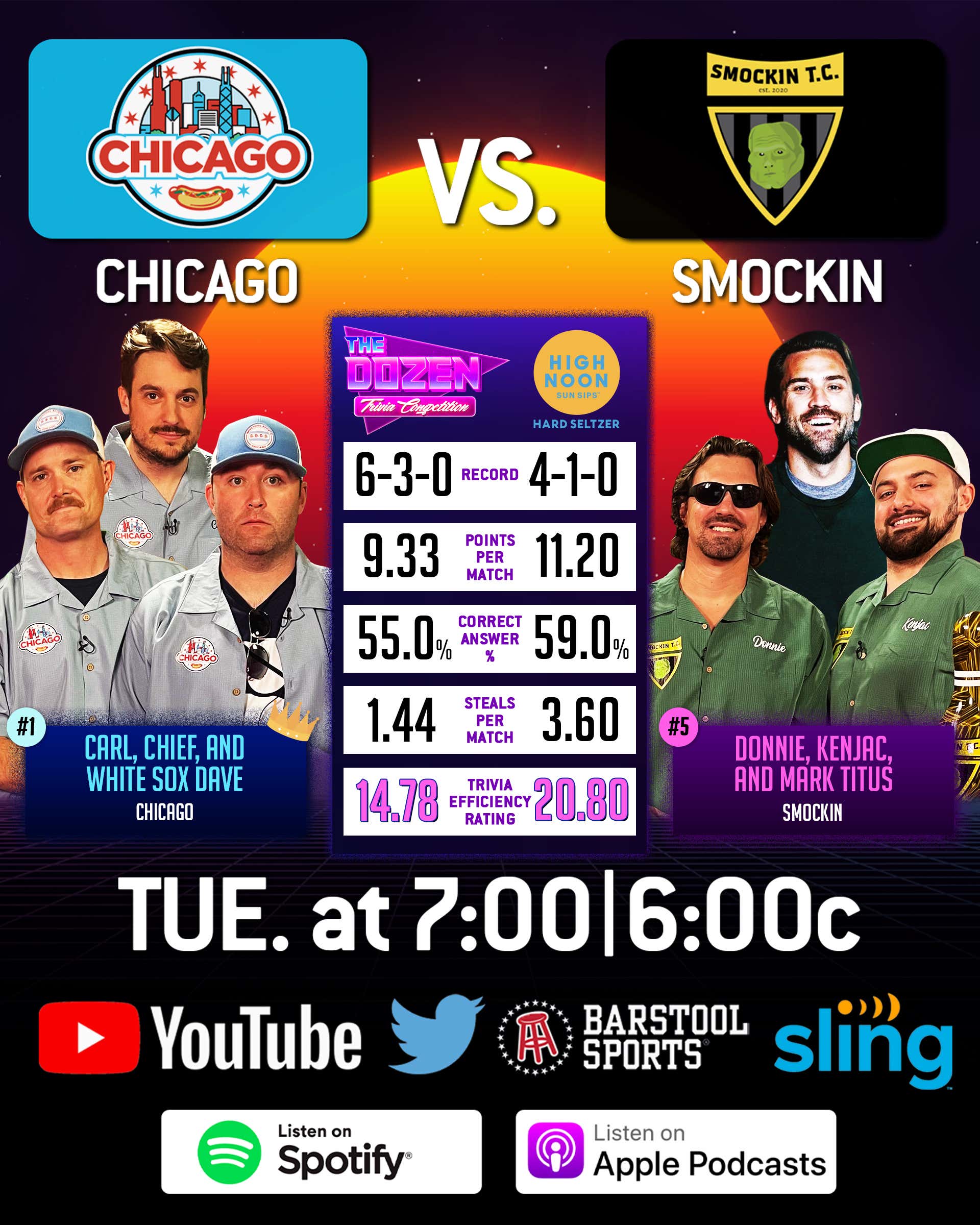 Speaking of Team Chicago, I would be remiss to not comment on the #Cheatcago scandal that gripped the internet the other day.

While I agree with Commissioner D. Lowe's ruling, I personally think The Crown should have been vacated and placed on the winner of the very next match that just so happened to have been us considering we took down the number 2 team earlier this year and are 1-0 against Team Chicago after beating them 1.5 years and 1 teammate ago.

It's okay though, because I'll be flying out to Chitown to link up with my brother in trivia to take the Chicago boys down along with their crown. If you live near the Windy City, make sure to get ready to buy your tickets to watch The Dozen live along with White Sox Dave becoming Davey Woo Woo in full Cubs attire.