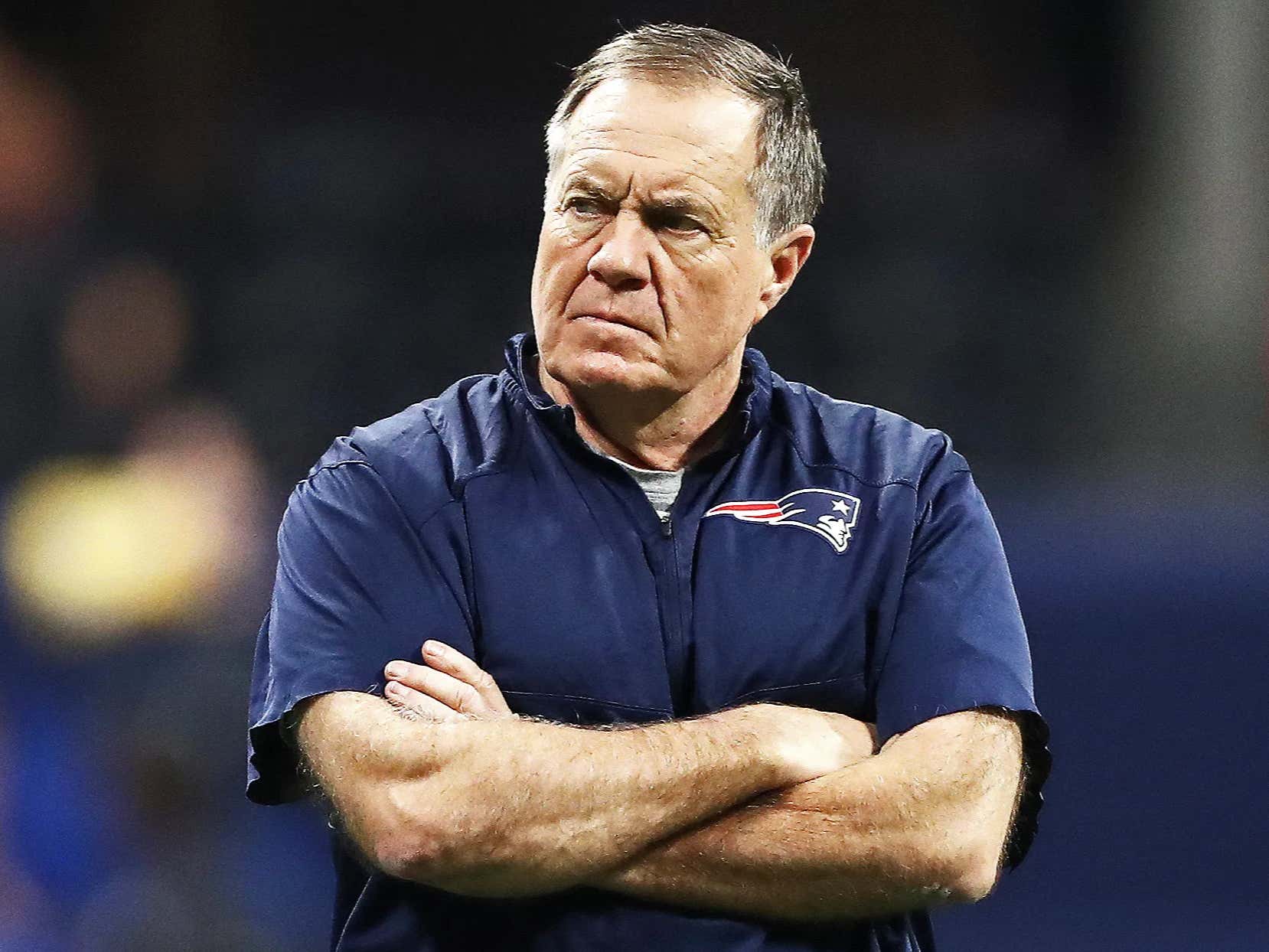 Analytics was and still is sports ultimate eye-of-the-beholder thing, Personally, I use it whenever it helps me make a point, and try to ignore the data whenever it proves my instincts wrong. In that way, it's less science than it is religion. Which it is, to the millions who swear by it.

Yet whenever I cite something from, say, NFL's NextGen Stats, Pro Football Focus, or ESPN's Stats and Info, I always assume anyone who spends his life on a sideline, a dugout or behind the boards probably laughs every time I do. Because you can't live in that world and see the human beings you coach as a collection of 1s & 0s. Even if you do make some use of reports about spin rates and launch angles and exit velocity or whatever.

And so it was that the best coach in any sport, living or dead, was just asked about the issue. Bill Belichick participated in a Zoom call as part of the Ozzie Newsome General Manager Forum hosted by the NFL and the Black College Football Hall of Fame. And basically grabbed the analytics geeks by their scrawny wrists and did the "Why are you hitting yourself, huh? Why are you hitting yourself?" thing.

I love it. And the thing I love best about it is that of course Belichick uses advanced stats. They're not the only utensil in his kitchen junk drawer. And Lord knows he's more about managing actual people than using calculus. As you'd expect from a guy who got his start driving Ted Marchibroda around in an age when a computer the size of a one-car garage had the processing power of a $10 digital watch today. But that doesn't mean he's not using every possible scientific discipline at his disposal to gain a competitive edge. Physics. Psychology. Physiology. Kinetics. Meteorology. Climatology. (Remember the time he kept his team in Colorado for a week of practice before a game at Mexico City.) Aerodynamics (The minutes he spent grilling the referee about how long the roof aperture would take to close after the flyover at the stadium in Atlanta before Super Bowl LIII.) So of course he'll use analytics to some extent. Hell, if he could figure out a way to benefit from Alchemy and Zoroastrianism, I can guarantee you he'd be mastering them as we speak.

There are plenty of specific examples. The time at Denver when he had Lonie Paxton clang a punt snap off the goal post for a safety when he was down by a point. Or he famously went for it on 4th & 2 on his own half of the field against the Colts. The "We'll take the wind" game at home against Denver, when he elected to give the ball to Peyton Manning in overtime. There was a human element to all of them, of course. But you can't convince me it wasn't backed up by reams of scientific analysis.

Some of the details are fuzzy now, but I remember a story from about a dozen years ago or so. Some West Coast math professor wrote a paper about how it's more advantageous to go for it on 4th down than punt. In every situation. Regardless of distance or field position. One NFL coach (I can't remember who) was asked about it and gave the typical Football Guy snide answer about how when he starts listening to people who don't coach football, he'll become one of them. When Belichick was asked the same question, he gave an expansive answer about how he'd read it, the professor came to some interesting conclusions and there was a lot to be said for it, but that it didn't account for the human/emotional factor that would come from trying to go for it on 4th & long backed up in your own end or reaching an opponent's red zone and coming away with no points. The wild part of the story is that the paper in question was never published. Even the guy who wrote it was blown away that it had made it all the way across the country and landed on Belichick's desk.

So the only conclusion one can draw is that, of course Belichick uses analytics to help him in his quest for world dominance. Which is why he said he doesn't. To throw all the wannabes and pretenders in this copycat league off the trail. It might cost dozens of mathematicians their jobs as teams drop their SABREmetrics departments. But that's a small price to pay.