So there's been plenty of cornhole chatter on this website over the past week or so thanks to the Nate vs Tank gongshow. If there's one thing that is going to #GrowTheGame of cornhole, it's epic rivalries like that one which are chock full of bad blood, contentious moments, and irreparable relationships. Golf is experiencing the same exact thing right now between Brooks and Bryson.

But if there's another thing that is going to #GrowTheGame of cornhole, it's a legitimate superstar like Kaylee Hunter. 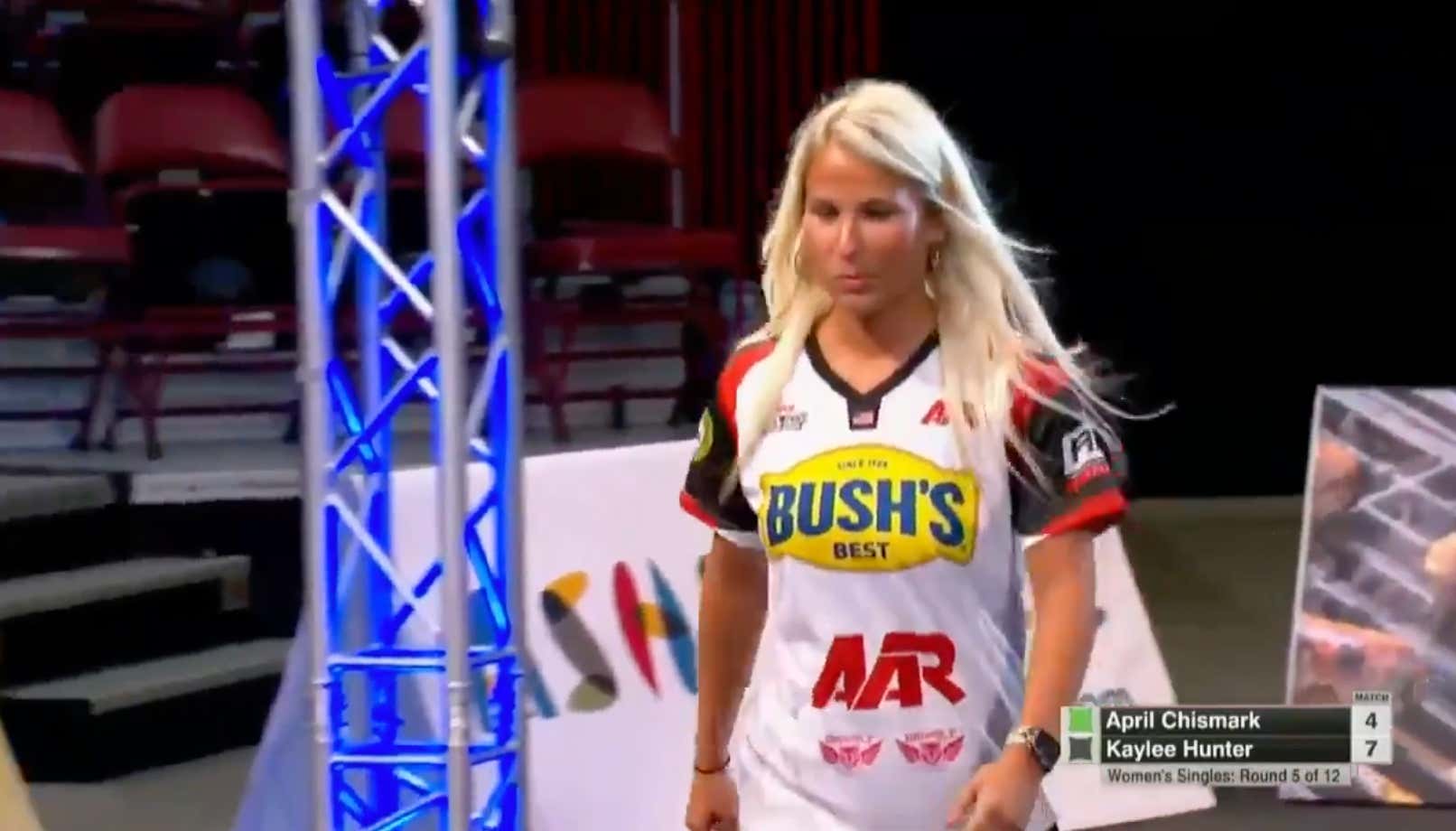 When you go from Stool Streams to watching the ACL, you start to realize that there's just as much of a difference in skill between amateur cornhole players and the pros as there is from pickup basketball games at your local LA Fitness to the NBA. This shot right here is ridiculous.

3 bags on a single air mail. You have to hit that shot perfectly to pull that one off. Not only do you have to get that back to land over the green bag, but you also need to drop it hard enough on your own bags to drag both of them in. Perfect amount of loft, perfect amount of speed, that's an elite cornhole shot.

If you thought I was going to say there was any other reason why Kaylee Hunter should be your favorite cornhole player other than her elite skills, you're sorely mistaken. Certified weapon with the bags. Just would have been nice if she cleaned up the round with a 4 bagger. But that's why it's time to get on the Kaylee Hunter train early. There will come a time in the near future where she's just automatic 4 bagger after 4 bagger, and then she'll be bordering on that "is UConn women's basketball actually too dominant that it's bad for the game?" territory.