Imagine being Marc-Andre Fleury right now. You're a 3x Stanley Cup Champion with a Vezina Trophy potentially on the way. You've been in this league for 16-17 seasons and you've played with and against some of the greatest hockey players who have ever laced up a pair of skates. You bring your first year expansion team to the Stanley Cup Final in 2018 and then have them in the Stanley Cup semifinals for the 2nd year in a row now. Just a few wins away from getting back to the final 7 games of the National Hockey League season. And then out of nowhere, this baby faced assassin comes knocking at your door and he brought his toy laser beam with him.

And then not only do you have to helplessly lay there on the ice as Cole Caufield blasts one 15000 mph past you and into the back of the net, but then you're sprawled out across the ice and the last image you see is this sweet 20-year-old baby boy man smiling from ear to ear like a little kid who just won a prize in a claw machine at the rink arcade. 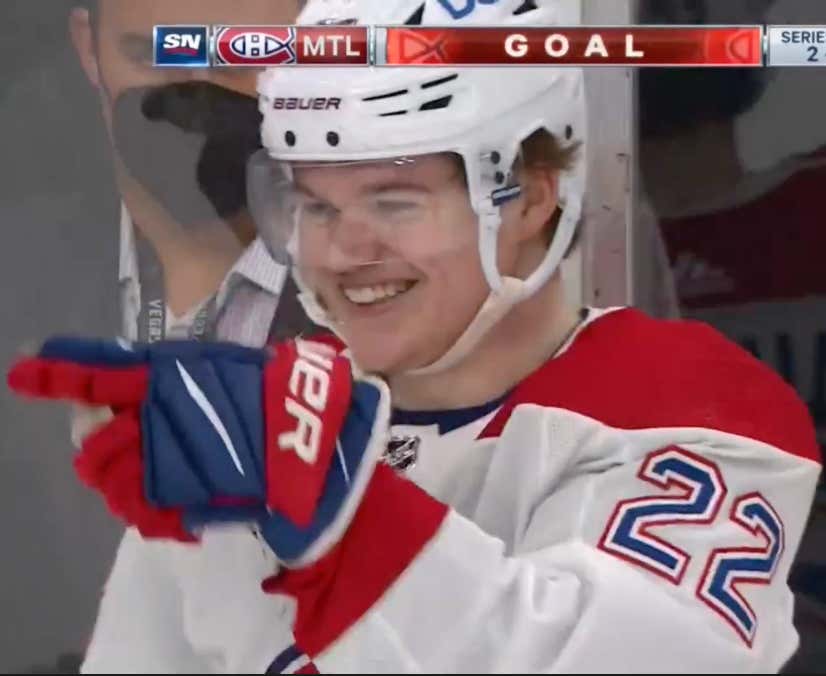 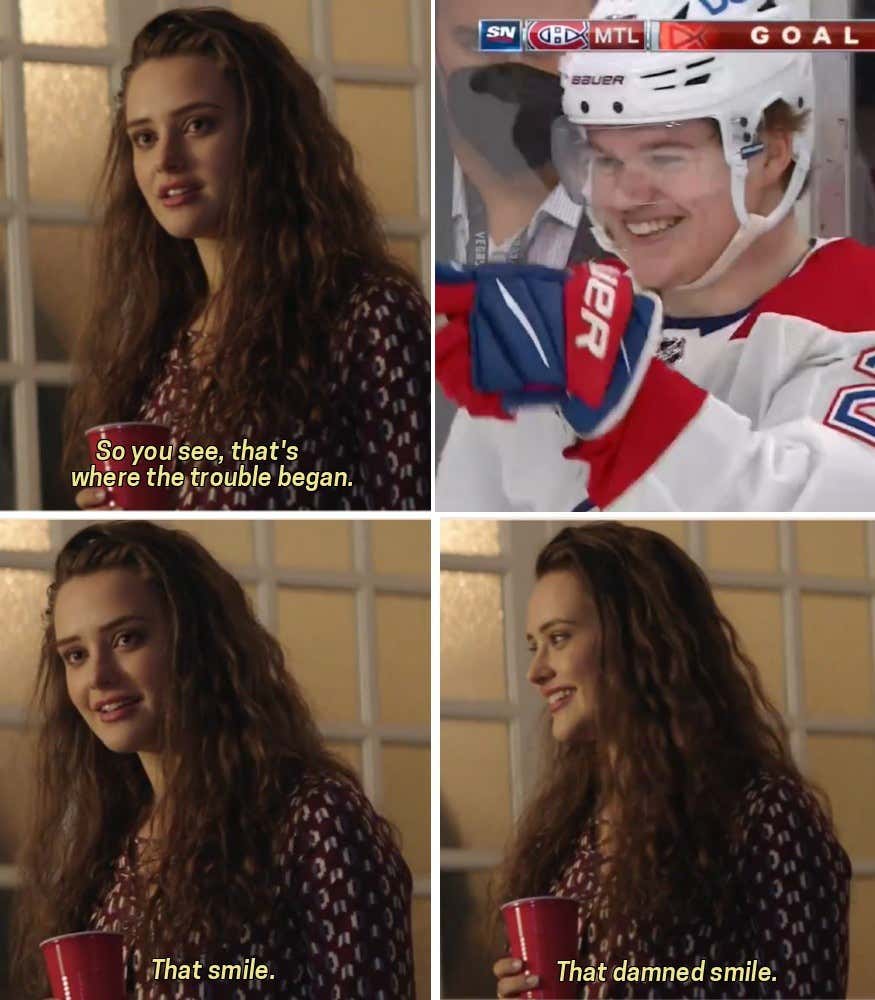 It's a menacing image. One which will be etched into Fleury's memory for the rest of time. Waking up in the middle of the night in a cold sweat as those pearly white teeth come piercing through his soul.

And this is just the start. Fleury is just the first in a long line of goalies who are going to be experiencing these night terrors. It was only a few months ago that Cole Caufield was emotionally destroying goalies in the NCAA. Now he's playing in his first partial season in the NHL and getting his first Stanley Cup Playoff action, and he's doing exactly what everybody expected him to do from the moment he was drafted. Hell, I knew the moment the Flyers passed on him in that 2019 Draft that he'd be a legitimate star in this league. Here's what I had to say mere minutes after the Flyers took Cam York one pick ahead of Caufield.

6/21/19 - But Chuck. Buddy. What the fricken heck? The fact that Caulfield was still there at 14 was a miracle. This was one of those moments where you didn’t have to overthink it. You just take the best player available. Obviously you weren’t crazy about anybody in the first place since you traded back from 11. So just take the best player available instead of loading up the blueline prospects even further than they already are.

Again, I’m sure that Cam York is going to end up being a solid player and a solid pick. But I just have a sneaking suspicion that Caulfield going to Montreal at 15 will come back to haunt them at some point. But yeah. Let’s go Michigan.

Almost 2 years later to the exact day, Cole Caufield is out here proving my point. He's the type of player whose game only grows bigger as the lights burn brighter. He's a gamer. And I'm sure there will be plenty of stretches throughout his career during the regular seasons that he cools down and isn't nearly as productive as he's been in these playoffs so far. But those moments will be few and far between. And you can already tell that he's the type of guy who elevates his game when the stage gets bigger. Holy shit what a weapon this kid is.

This whole Montreal Canadiens team is built exactly how you'd want your Stanley Cup contending roster to be built. You've got your elite goaltender in Carey Price. You've got your Selke caliber stud who controls the entire game in Phillip Danault. You've got your experienced veterans to steer this team through a long postseason run in Eric Staal and Corey Perry. And then you've got your young studs leading the way in Caufield, Suzuki and Kotkaniemi. And sure, maybe they were just able to get hot at the right time and maybe they lucked out by the Toronto Maple Leafs being the biggest choke artists in professional sports. But the Burger Van put together a perfect roster for May/June/July hockey. Fuck, I think I'm talking myself into a Habs Stanley Cup right now.