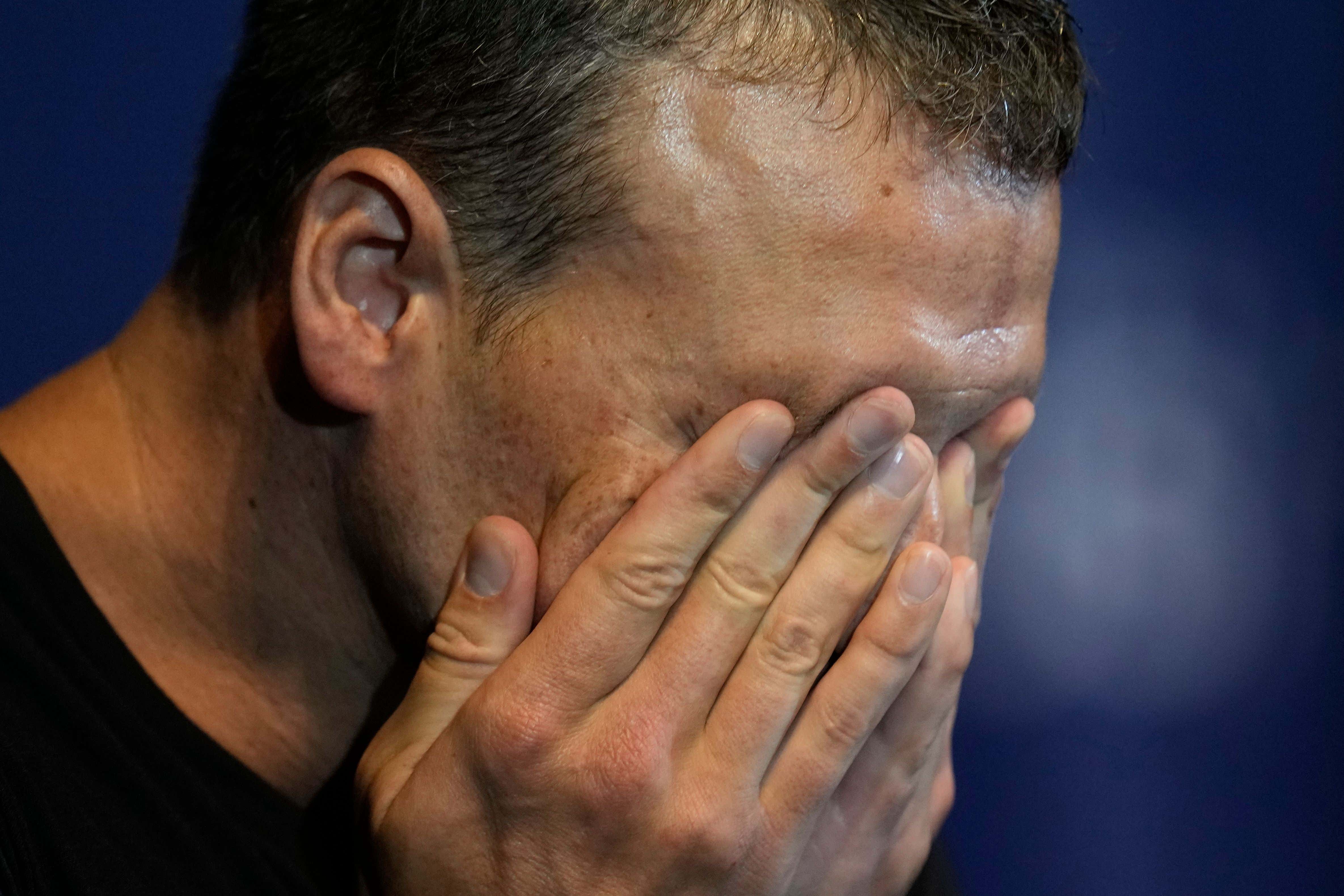 Ryan Lochte (who is 36-years-old now!) was attempting to qualify for a remarkable fifth Olympic games, which would have placed him among a truly elite group of only 515 athletes (127 women, 388 men) who have participated in at least five Olympics. Only 100 or so people have EVER qualified for six or more Olympic games, and they were all participating in sports like equestrian, swimming, sailing, or shooting, etc …

The end was near for Lochte's Olympic career well before Tokyo 2020 was delayed for a year due to the COVID-19 pandemic, but as it often goes with athletes of this caliber, they are rarely capable of hanging them up before father time catches up with them. Ryan Lochte is no exception, as he would have been the oldest American male swimmer on an Olympic team EVER …if he had qualified.

Regardless, he finishes his legendary Olympic career as the second-most decorated American male ever (Michael Phelps is first, of course) and he still holds the world record in the 200-meter individual medley. This past summer, he went on Pardon My Take and gave a "life update."

Lochte expressed his desire to qualify for the Tokyo Olympics:

Mr. Commenter: Were you bummed out that it [the Olympics] got postponed? Or do you see that extra year as like, "Hey, this is another year for me to get in better shape?"

Ryan Lochte: Well, in the beginning when I first found out about it on the news, I mean, I was a little disappointed. I mean, I was training so hard. I was ready. I was doing things in practice that I've never seen before. I was going faster. This was my time, I knew I was ready. Then we found out, and I was just bummed. But then I had to look at the positive side. And I mean, I get another year of training to get stronger, to work on my technique even more, to tune up some things. So, hopefully it will be better for me.

Alas, the Tokyo trials are now well underway, and three days ago, Lochte finished a distant SEVENTH in the 200-meter event, and was the last one out of the pool:

Michael Phelps was there to give Ryan a hug after being in the broadcast booth for trials, putting the bow on a friendly and fierce, but ultimately one-sided rivalry, that lasted for over a decade: 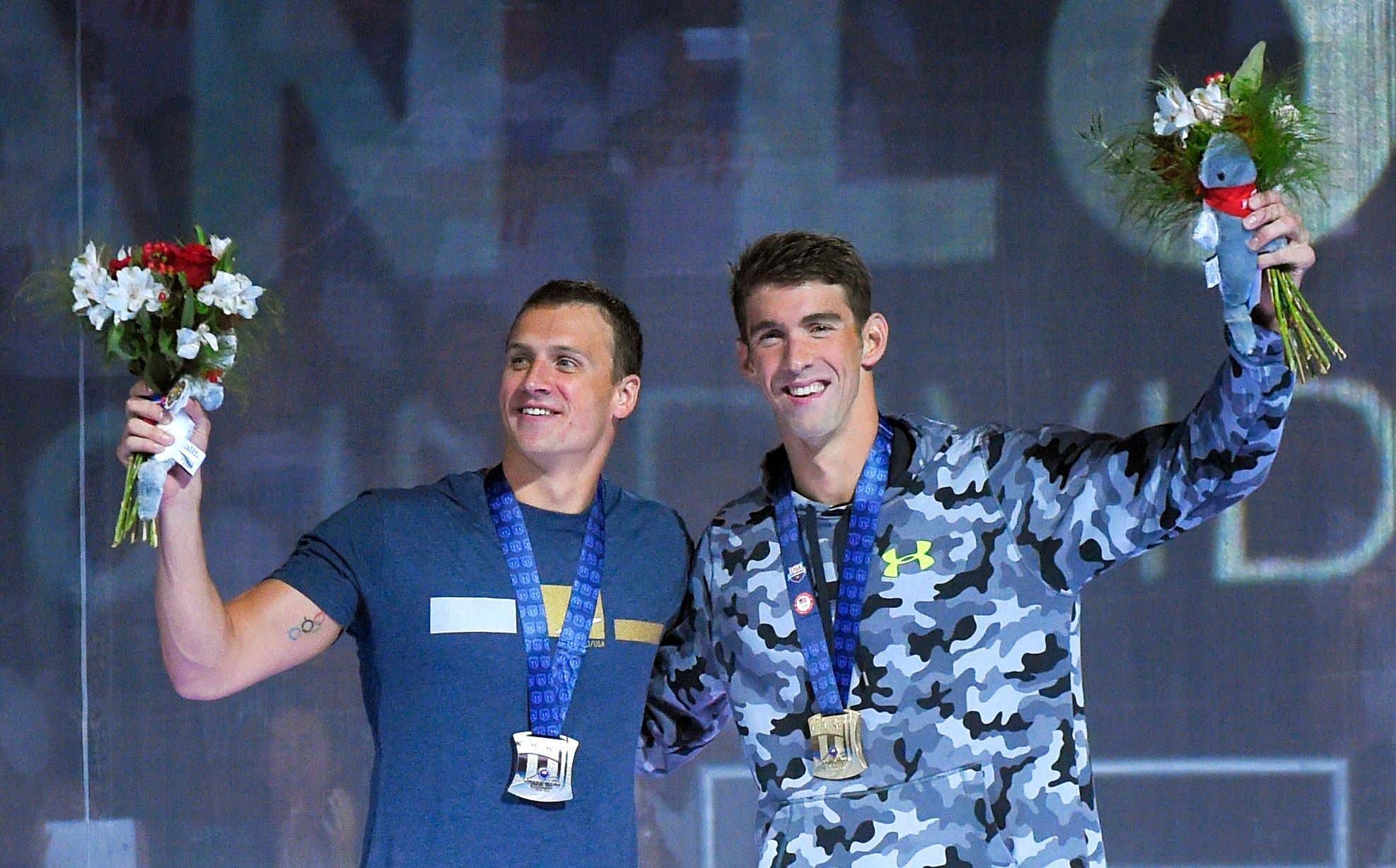 Lochte finishes his Olympic career with 12 medals, including six gold. He’s been part of the 4x200-meter freestyle relay, along with Michael Phelps, that has won gold at the last four Games dating back to Athens in 2004.

Congratulations to Ryan Lochte, who will undoubtedly go down as one of the greatest swimmers of all time.

Now, it's time to recount that infamous 2016 incident, when Ryan Lochte pissed all over a gas station with a few fellow Olympians in Rio, and then claimed a security guard held a gun to his head. It was a bit of an exaggeration to say the least, and he was publicly ridiculed for it.

"Then the guy pulled out his gun," Lochte said. "He cocked it, put it to my forehead and he said, 'Get down!' and I put my hands up, I was like, 'Whatever.' He took our money, he took my wallet. He left my cell phone, he left my credentials."

However, Mark Adams, the spokesman for the International Olympic Committee, called the account "absolutely not true." Later that afternoon, he retracted that statement, claiming that he had been misinformed by the United States Olympic Committee as to what happened. As it turned out, he had not been misinformed — as Lochte later told Matt Lauer, the four never reported the incident to the USOC "because we were afraid we'd get into trouble."

If you don't remember all of the details of "Lochtegate," basically …Ryan Lochte lied. His story was suspicious from the beginning, but the gas station cameras essentially confirmed that his claim about being mugged at gun-point along with Jimmy Feigen, Jack Conger, and Gunnar Bentz - was a crock of shit.

In the immediate aftermath, Lochte was suspended from domestic and international competitions for 10 months. Lochte was also dropped by all four of his major sponsors.

Honestly, after stumbling upon that old interview with NBC, it seems far more outrage worthy to mention that Matt Lauer was the one who interviewed Lochte …and made him fucking cry? Fuck Matt Lauer, what a sack of shit:

In the 2019 book Catch and Kill: Lies, Spies, and a Conspiracy to Protect Predators, Ronan Farrow cited multiple sources who stated that NBC News was not only aware of Lauer's misconduct beforehand, but that Harvey Weinstein used this knowledge to pressure them into killing a story that would have outed his own sexual assaults.

But anyway, cheers to the lovable Ryan Lochte, who joined Pardon My Take last year and definitely confirmed he would fuck a mermaid if it meant winning "every gold medal ever."

Lochte provided essential blog content for Barstool Sports over the years, here's a few of the best:

Also, remember he was almost attacked on Dancing With The Stars?

Don't forget to listen to Twisted History every Wednesday, with Large, Vibbs, myself, and Saint Anne. This week we have KenJac from Lights Camera Pod joining us for a chat about Genghis Khan, as well as an update on the great Russian Dyatlov Pass mystery.

I'm sure we will talk movies as well …SUBSCRIBE