A lot of people who grew up in any of the five boroughs of New York take umbrage when people who didn't grow up here say that they're from here.

It's as if there is some sort of nobility with being from a filthy and overpriced city whose inhabitants hate one another. 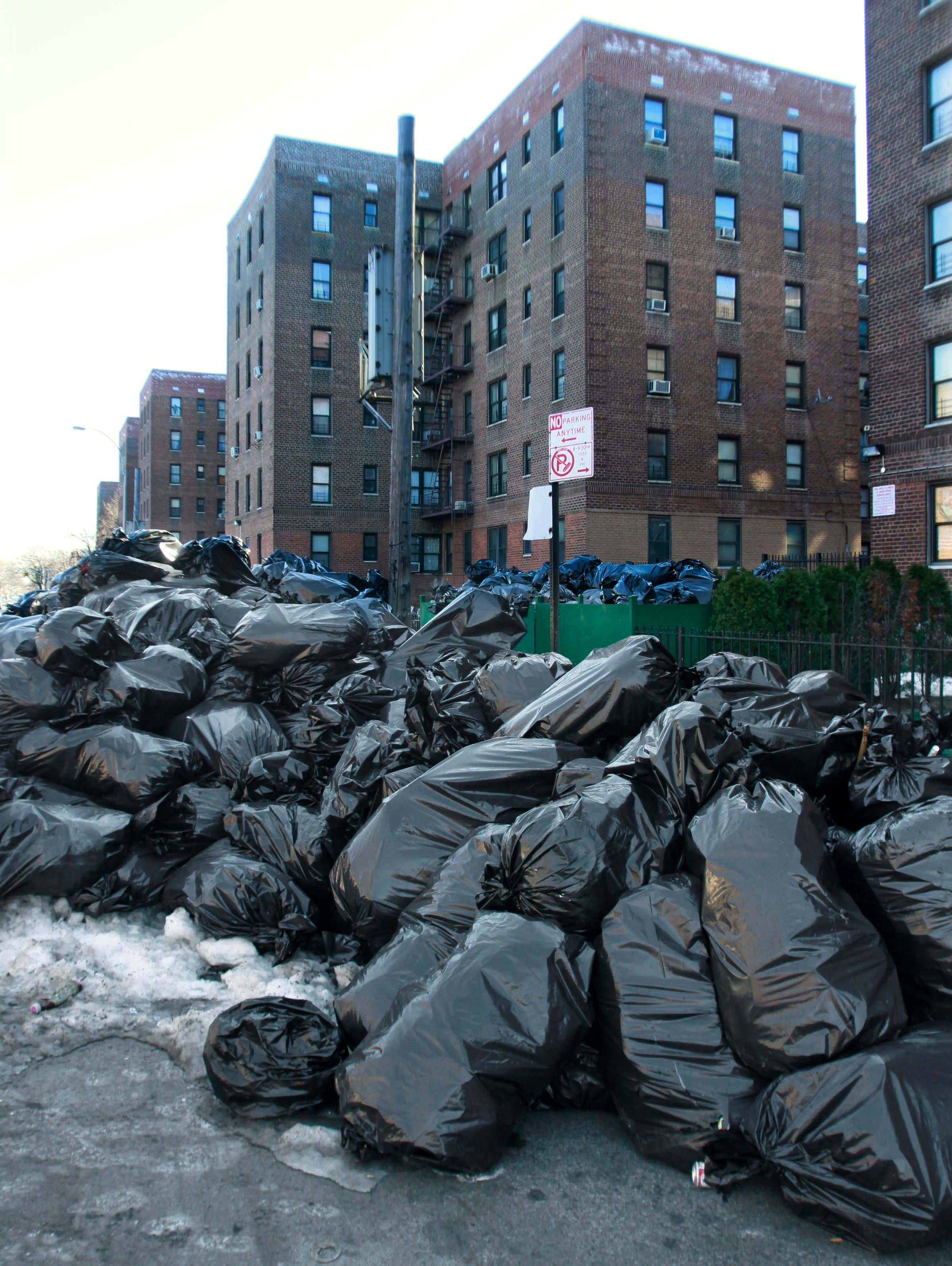 I used to see it a bunch when people from upstate New York would casually tell others that they were simply "from New York"… That type of shit would INCENSE borough kids because hearing a youngster from a scenic tree-and-lake-filled Skineatles say that he or she grew up in the same tree-and-lake-free concrete jungle as us was a sort of stolen valor.

I am guilty of it myself.

My trajectory so far has been that I was born in the Bronx but only lived there for a couple of years.  I was raised in Brooklyn.  I went to high school in the lower East side of Manhattan.  I went to college in Indiana (where I lost most of my accent).  And I now work in NYC but live in Northern New Jersey.

That's my geographical resumé… I kinda like it… And I think it tells you a lot about me.

But I had nothing to do with it… When my folks got to this country, THEY were the ones that chose to rent an apartment on Fordham Road.  Then THEY were the ones who decided to buy a house in an Irish community on the ass-end of Brooklyn.  THEY were the ones who put me on a subway into the city every fucking day because La Salle Academy was the cheapest Catholic school in the archdiocese and it was staffed by non-rapey by Irish Christian Brothers.  And even though I paid for it in loans, THEY allowed me to go to Notre Dame.

So the bulk of my proud geographic identity was the result of dumb luck, I guess.

And yet, when someone tells me they are from Brooklyn, but then proceeds to tell me they actually moved from Dayton, OH into Brooklyn Heights 3 years ago, I take a little umbrage also.  As if the fact they never chipped in for batteries or carried a brush in their back pockets ruins their credibility.

Here's another seemingly random factoid about my life- I had an uncle who was a Vietnam veteran… Did two tours as a sniper.

When he got back, he lived in my parent's basement for a stretch, and I fucking LOVED him.

Not a ton you need to know about him except he always drove muscle cars, he always dated VERY ethnic women who were insane, and he used to eat at the original Nathan's on the corner of Surf and Stillwell in Coney island once or twice a week. Back then (late 70s-early 80s), Coney Island was riddled with hookers, and the side streets were a popular place for lonely motorists to get some quick action in the backseat of their cars from one of the local working girls.

I wouldn't become keenly aware of how prostitution worked for years, but I kinda knew how the whole thing went down, even at such a young age.

However, I didn't know nearly enough to identify the used condom that was laying in the gutter next to my Uncle Terry's Chevy Nova after we parked down the block from Nathan's on one fine afternoon.

So I asked my uncle what it was, and he answered, "Oh, that's just a Coney Island Whitefish."

I had never heard the term before (mainly because I was 9 or 10), my uncle certainly didn't make it up, and, in retrospect, I was lucky to have been coincidentally in Coney Island when I saw my first CIW.  But the term is very inclusive and describes ALL discarded used condoms… No matter what borough you find them in.

The phrase came up randomly in conversation multiple times in the 40 years following my first face-to-scumbag encounter (it was the title of a Joan Jett song from 1983), but almost exclusively with people from Brooklyn.

Willie is from the Bronx… He's never heard of it.

KenJac vaguely remembered the term being used in an episode of Futurama, but never knew what it meant.

My wife grew up in New Jersey, but she had heard it before only because her mom and dad were coincidentally from the same part of Brooklyn like me, and her dad told his kids whenever they went fishing, "If you hook a Coney Island Whitefish, just cut the line."

My buddy Chris grew up in Ho-Ho-Kus, NJ, and wasn't familiar.

Pat is from Massachusetts and has a LOT of protected sex outdoors, but he has never heard of it

Another friend, Rich, only knew it because eight or nine years ago he and I went to a dive heavy metal bar in Brooklyn called Duff's and Coney Island Whitefish was on their drink board… It was a shot of Jameson served in a condom (non-lubricated but still ribbed 'for her pleasure').

Why am I telling you all this?

I am in a group chat with a group of suburban dads, and it's littered with topless gifs and stories like this…

And I immediately commented on the chat that this was a modern-day version of a Coney Island Whitefish.

Thought it would bring the house down, but instead I was greeted with crickets.

That's when I realized how unpopular the term was outside of my insignificant geographic footprint, and I am writing this blog to simply deliver it to the masses.

Hopefully, you will pass it down to your kids and/or nephews next time you see a loaded condom or an empty Nathan's.

You're welcome and take a report.

Not to get too weepy, but now I am reminiscing a bit… My last memory of Uncle T was when I visited him in the VA Hospital just days before he passed.

I brought him a Big Mac, and the conversation turned towards whether or not he could still shoot a rifle.

He told me, "Kid… You could place this Big Mac on the windowsill at the end of that 50-yard hallway and I would still shoot the cheese off of it."

They don't make 'em like that anymore, and thinking about him always makes me smile.