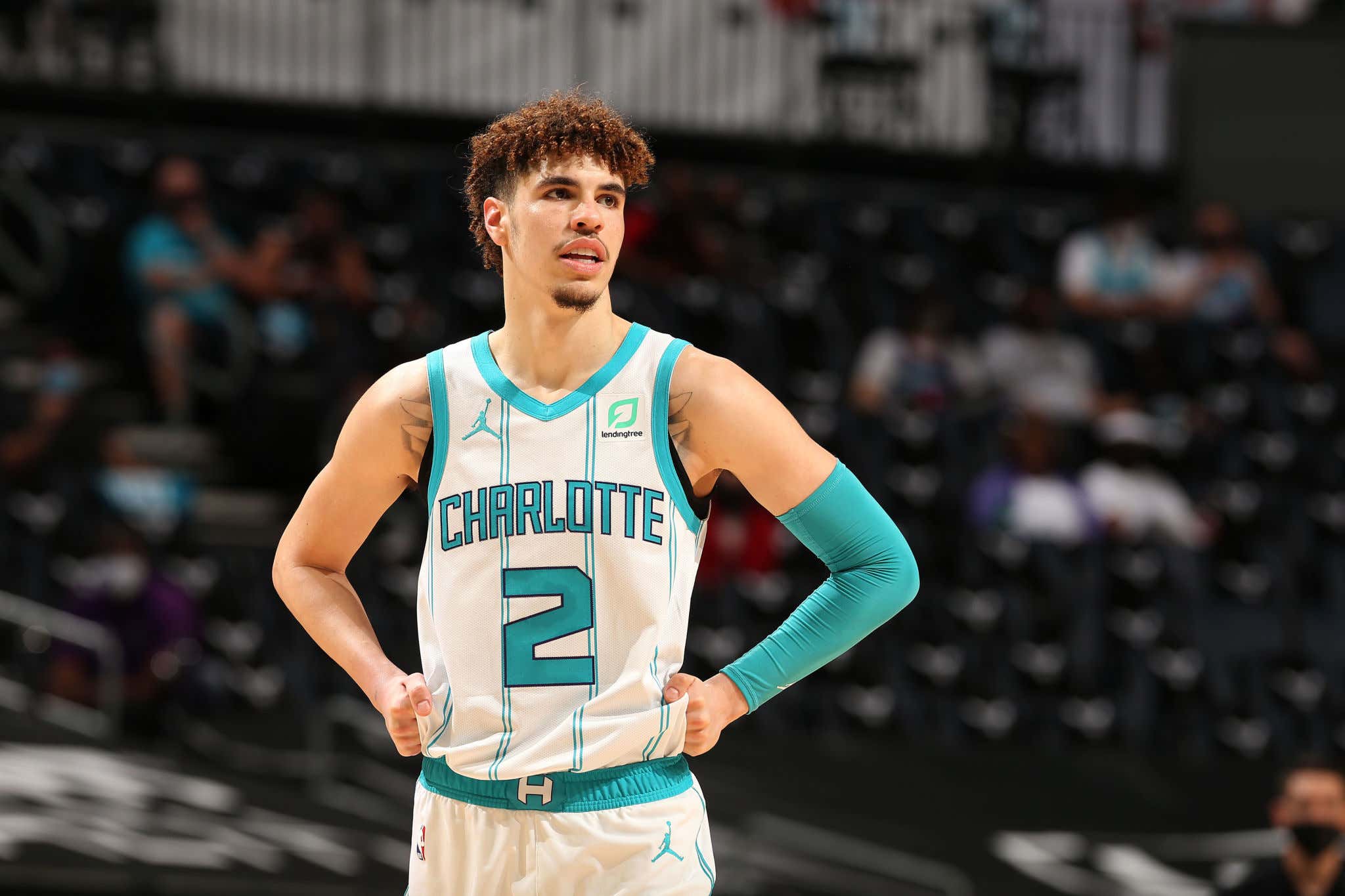 Quick look at how the Timberwolves are handling this announcement

I'm sure Anthony Edwards is thrilled as well.

Here's the thing when it comes to Rookie Of The Year. Both LaMelo and Anthony Edwards were deserving. Even with LaMelo missing 21 games he still led all rookies assists and steals. He was second in scoring and third in rebounding. Let's not act like he didn't have a really good season. Once he slid into the starting lineup he averaged 18.1/5.9/6.2 on 43/37% splits in those 31 games. That's legit. He won Rookie of the Month in the East for the first three months before getting hurt.

The tricky part is Anthony Edwards was pretty much just as good. He played all 72 games, and in his 55 as a starter he threw up 21.3/5.2/3.3 on 43/33% splits. He then won three straight Rookie of the Months for the final three months of the season. In my opinion you could go either way and it would make sense.

Having said that, I do believe that LaMelo is the wire to wire favorite if he doesn't get hurt, so that's probably why he ended up winning it.

This does bring some confusion though. If we're talking about the year end awards and games played not mattering, well then do we need to talk about the MVP? Personally, I do not think Jokic only won because he didn't miss time. He had a historic season. But if the league is going to use this line of thinking to award LaMelo the ROY despite missing 21 games, well then why was that held against Embiid? I'm not sure that adds up. So games played don't matter for ROY and that year end award, but it does matter for MVP? I guess. You look then at All NBA and Harden playing 44 games wasn't enough for him to get onto an All NBA team, but LeBron made 2nd team with 45, so his games missed didn't hurt him despite him not having a better season than Harden. It's all just not very consistent if you ask me.

Back to LaMelo for a second though. It's pretty awesome that he was able to step right into the NBA and immediately live up to the hype and then some. Lot of people were probably hoping he failed because of who his Dad is. Well then the season started and it was fairly clear that the Hornets were an awesome League Pass team and LaMelo was a huge reason why. He was certainly better than I expected. I knew he could pass and had good size, but I thought maybe he would take some time to adjust to the NBA speed/game. Nope, he was awesome almost right away. To think the Warriors could have had this player on their roster to usher in the post Curry world but instead passed for a big man who is nowhere close to ready is wild in hindsight. I bet they don't make that choice again if given the chance.

For all the talk about how weak this draft class was, guys like LaMelo, Edwards, Okoro, Haliburton, Bey, Quickley, Pritchard, Nesmith (TBD), Desmond Bane, Cole Anthony etc all looked pretty damn good in their first seasons. Shit, even Poku looks like there could be something there. Same with Tyrese Maxey. Just goes to show that this thing is not an exact science and you can find solid players anywhere.

So was Anthony Edwards robbed? Yes….and no. I'm suprised LaMelo was able to hold onto the award despite missing the 21 games, but I won't sit here and tell you he wasn't deserving or really good in his Year 1. Guy was legit.