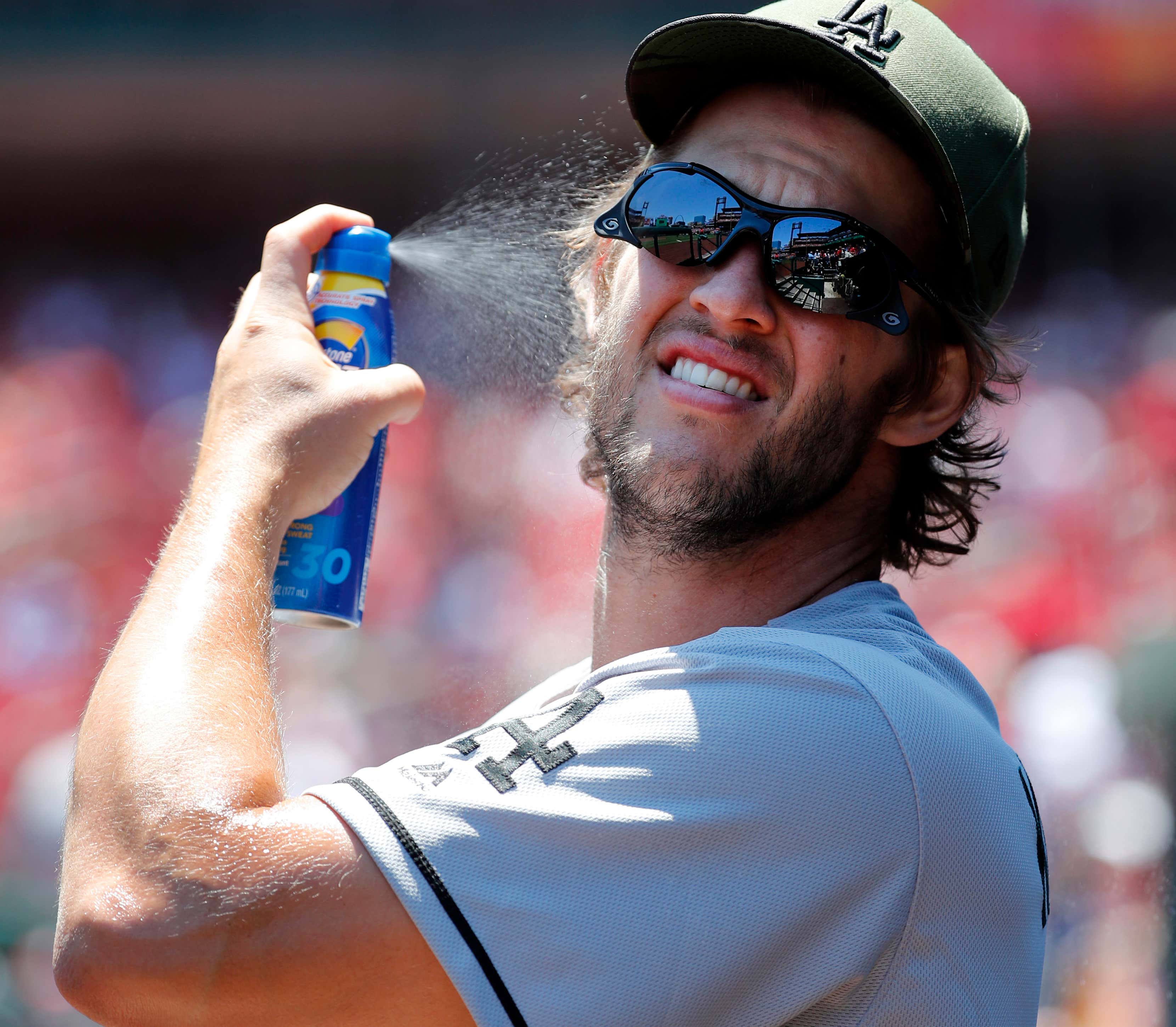 Major League Baseball has done that thing again where they allow Rob Manfred to change the game. Color me shocked, he managed to fuck this one up.

The sticky substances topic has been at the forefront of the sport this season while we ignore the insanities that Shohei Ohtani, Jacob deGrom, and Vladdy Jr are delivering on a nightly basis. Leave it to baseball to have the focus centered on the bad while we have incredible storylines developing by their very own star players. And why are we focussing on sticky substances? Oh yeah because Rob Manfred drastically deadened the baseball and destroyed hitting in one offseason. It backfired more than ever and now he's using pitchers as scape goats for his own missteps.

Late on Monday Jeff Passan announced that a memo will officially be sent to teams on Tuesday detailing how the crackdown on sticky substances is going to take place. The TLDR; in a week's time you're caught with any sort of sticky substance you will be facing a 10 game suspension with pay. Basically a paid vacation for breaking the rules.

I'm not sure a 10 day paid vacay will scare the shit out of pitchers from breaking the rules, but that's not even close to the worst part of this. While MLB plans on taking away the illegal concoctions that pitchers have been using to increase their spin rate and gain a competitive edge, they're also removing the simple combo of sunscreen and rosin from the game. Sunscreen, rosin, and sweat. All three are legal on their own, but when combined Manfred views you the same as a criminal on the loose. What a stupid fucking idea.

From a non-baseball perspective, does MLB want their players to all get skin cancer and die? Rob wants pitchers taking on the sun all by themselves. Quite frankly it wouldn't shock me coming from Manfred himself. How do you eliminate the sport that you hate entirely? Kill everyone. This could very well be a sneaky avenue just to get to that destination. It begs the question, does Major League Baseball think they're tougher than the sun? The fucking sun? Sorry, I had to. We might be getting I.L. stints for sunburn come July if this is enforced the way they're threatening. So so so so so unbelievably dumb. This isn't the answer you bozo.

But actually how are you going to tell pitchers they can't use rosin during the summer when they're already wearing sunscreen? There's literally a fucking rosin bag out on the mound for the pitchers to use. It's a staple in the everyday game and it isn't used to increase spin rate, it's used for grip. Poll every single hitter in baseball and they'll tell you they want pitchers having some kind of grip of the baseball. Sunscreen and rosin are perfectly okay and not viewed as a competitive edge whatsoever.

You wanna take away Spider Tack after years of ignoring your own rule and refusing to police it? Okay, sure way to finally wake up and pay attention, but taking away rosin, sunscreen, and sweat? What the fuck are we doing? That's such an overcorrection to this problem. How you even going to tell if a guy is sweating compared to having sunscreen on? Umpires can't even tell if a guy did or did not touch home plate and we're having them make these judgement calls? Should go real well.

So let me paint the picture for you. It's hot as balls in August for a day game with the sun beating down on the field like a motherfucker, and a pitcher is naturally wearing sunscreen so he doesn't die. He goes to his rosin bag as sweat drips down his body, which is placed out their since it is a LEGAL item of use, and the moment he does that he's ejected and suspended 10 games? That's the world Rob Manfred just created. Pitchers using a rosin bag will be the equivalent of them holding a gun at the umpire's face.

Leave it to Rob Manfred to yet again mishandle another scandal. Who could have ever seen this coming? Oh yeah all these rules go into place in a week's time! Right in the middle of the season no big deal. Completely changing the game on the fly with not a care in the world. There's no other sport that messes this shit up on a consistent basis like baseball. It's kind of impressive how much you can count on them to always do the wrong thing. Like clockwork. The rest of the season is going to be a complete trainwreck. Buckle the fuck up.

P.P.S. Can't wait for the Yankees to still manage to strand the bases loaded with nobody out for the rest of the year.