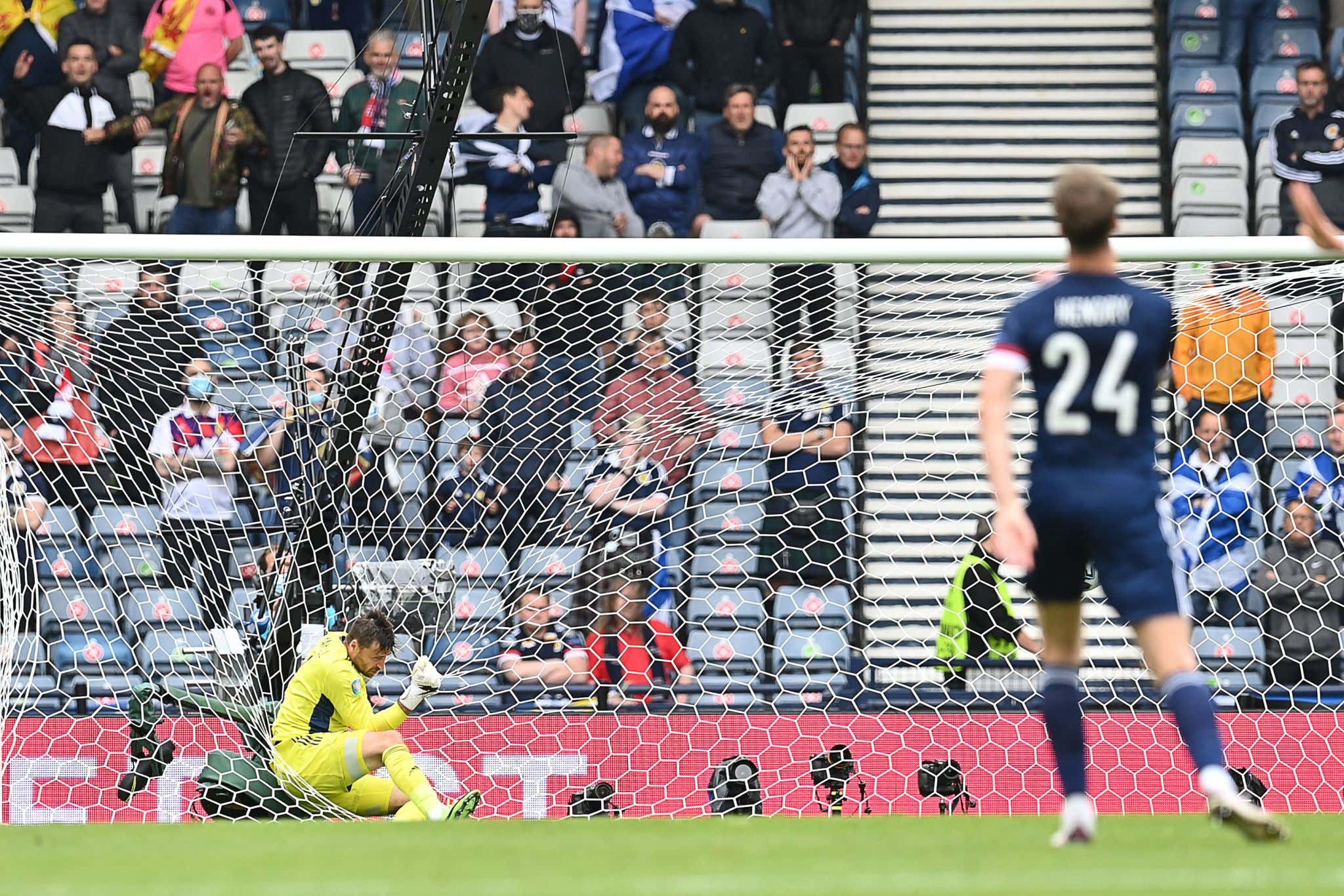 PAUL ELLIS. Getty Images.
I don't want to take anything away from Schick scoring an absolutely ridiculous goal here, but I can't stop thinking about Scotland's goalie - David Marshall. There's no lower moment as an individual in sports than being a goalie ending up all tangled in the net after giving up a goal. It's somehow even worse when you give up a goal from midfield and what's probably the goal of the tournament. It's the lowest moment in sports. It's worse than getting dunked on in hoops. It's worse than getting crossed over. It's worse than Randy Moss just jumping over you to snag a touchdown. You end up looking like a fish getting caught for dinner. Throw in the fact that it's Scotland's first major tournament in a couple decades AND it was a home match? Yikes dude. It's truly adding insult to injury here.

I've said it before but European soccer is just a different walk of life man. Fans over there make the most diehard fans here look soft. That's especially true when you're talking about playing for your country. Scotland has waited years for this. Decades even. Then they go out there, blow a bunch of chances to score and give up this? Lowest moment out there. I'm not even joking when I say I'd rather be Jeff McInnis than David Marshall.

Hell Wayne Rooney even warned goalies not to do this.

But really Marshall only has himself to blame here. What the hell are you doing dude?

You don't need to be pressed that high. It was 1-0 with plenty of time. There's no positives here. What? You get a ball kicked back to you and play from the back? Let the center back handle that because otherwise you'll end up all over Twitter for flopping around in the net after giving up one of the best goals we've seen.