Via The New Indian Express:

Ziona Chana of Mizoram, who headed the world’s largest family with 39 wives and 94 children, passed away on Sunday.

He was 76 and he breathed his last at the Trinity Hospital in state capital Aizawl soon after being admitted there. He had some health issues, including high blood pressure and diabetes.

Ziona was the leader of a Christian sect, called Chana pawl, which allowed its male members to be polygamous. Some 400 families are said to be its adherents.

Ziona also had 14 daughters-in-law, 33 grandchildren, and one great-grandchild. All members of the family live in a 100-room, four-storey house set amidst the hills. 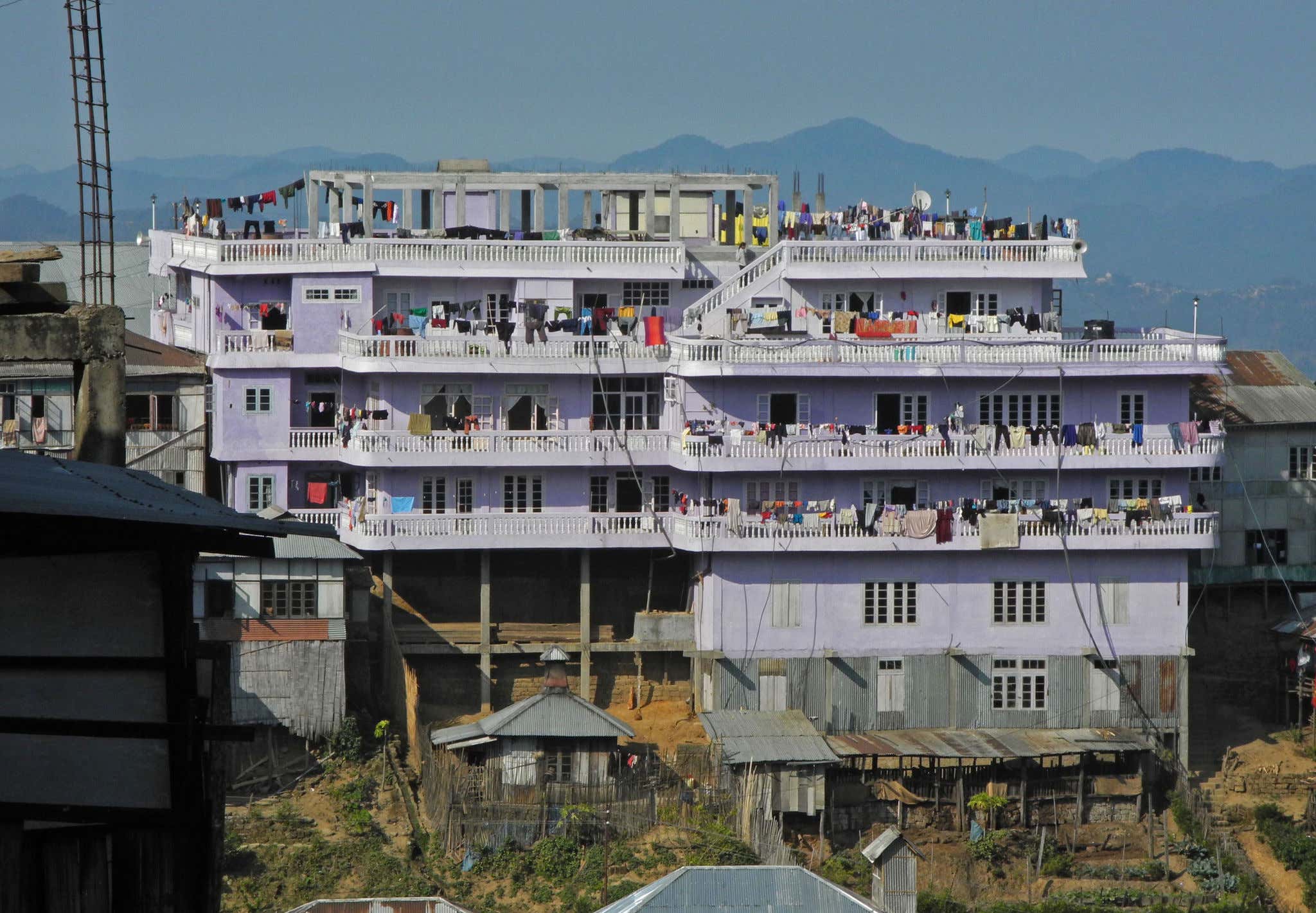 According to Wikipedia his father started the Chana pawl religious sect in 1942. Ziona married his first wife at age 17, and at one point he wed 10 women in the same year.

Ziona had a double bedroom in the ground floor of this mansion and his wives took turns to sleep with him according to a roster. His younger wives stayed close to his room on the same floor and there were always seven to eight wives attending to his needs during the day. All older wives live in the dormitories on the first floor of the mansion, while his younger wives live on the ground floor. His wives claim that there is no rivalry among them.

I couldn't find any photos of the wive's living situation as described above, but I imagine it looks something like this when you enter the ground floor:

Sincere condolences to the family, and I hope it's not too soon to offer a posthumous 'congrats on the very large amount of sex'.

Despite being declared dead by doctors, family members are now insisting his body is warm and his heart is still beating.

Zaitinkhuma, the secretary of Lalpa Kohhran thar, said Zion-a regained pulse beat after he was brought home from the hospital.

"His (Zion-a) body is still warm. His family members and people of Chhuanthar in Baktawng village can't bury him under such circumstances," he said.