Was I talking about how good this series is going to be in the headline or how I think Season 1 ends with Loki ruling some sort of realm? Watch the video above and find out!

JK, this isn't a Click Burglar Clem production, even though you should watch the video and Trig Da Gawd made an incredible Clemmy Loki graphic for the pod. 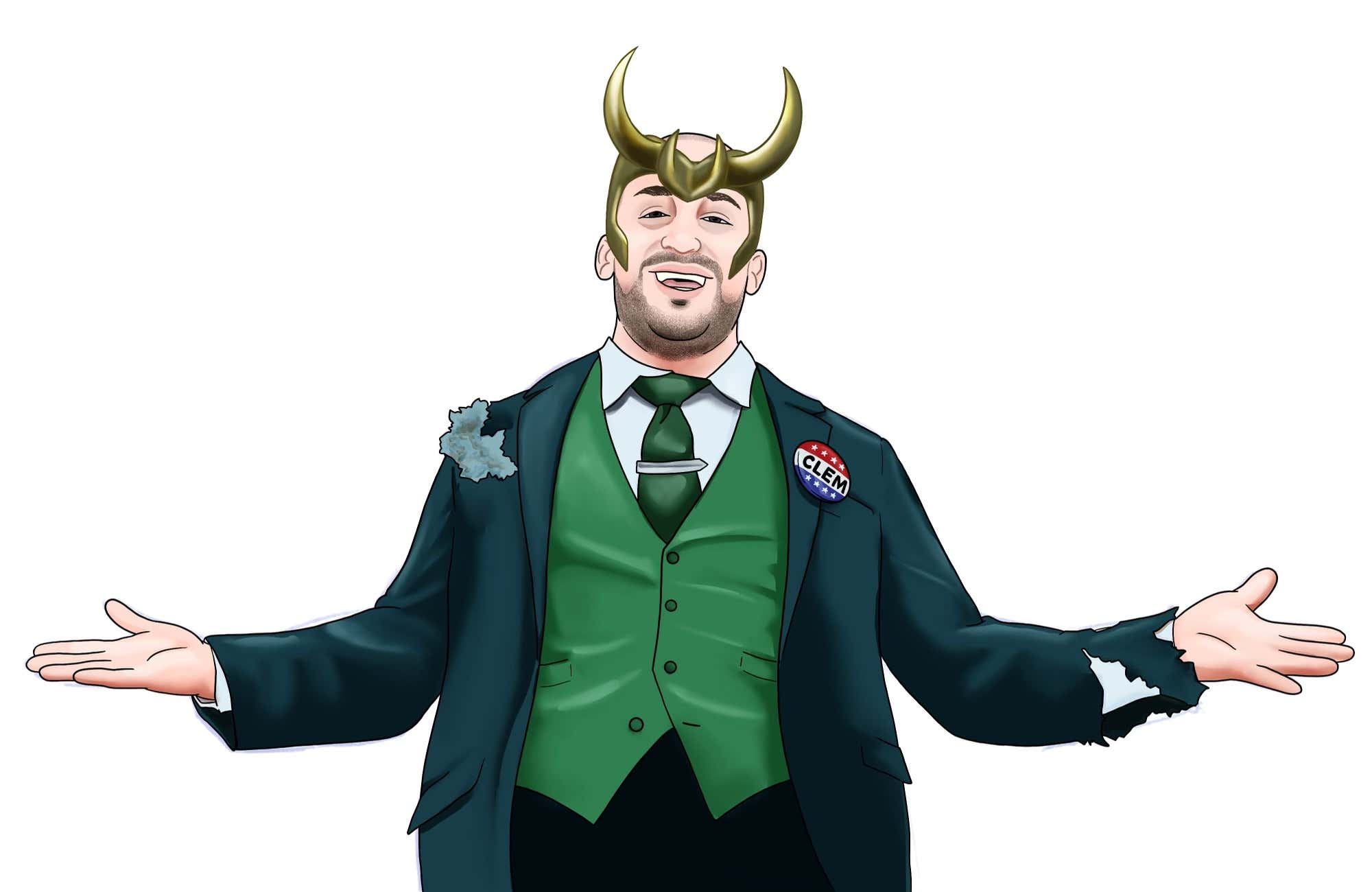 The answer to my question is C, all of the above. After exactly one episode of Loki, I have no doubt in my mind this is going to be a fun ass show that we will completely ruin for ourselves with wild theories from Reddit, Twitter, and YouTube as well as end with us all getting duped by the God of Mischief once again resulting in him temporarily catching a W while sitting atop a throne somewhere.

Even though it's not saying much since WandaVision started off slow and I never truly loved The Falcon And Winter Soldier, this was easily my favorite premiere episode of an MCU show on Disney+ that Robbie and I did a very deep dive on which included:

- Is Loki actually Good Loki or at least Not A Total Dick Loki?

- A lot of pretty awful Owen Wilson impersonations (But we're gonna get better!)

If you made it all the way this far and have ten seconds to burn, please subscribe to My Mom's Basement on YouTube and your favorite podcast site since Robbie literally worked throughout the night editing everything so it would be up this morning for everybody. You don't even have to like Loki, YouTube, or me. But just click a button because that silly son of a bitch is slowly killing himself in the name of content and I don't want it to be for nothing.