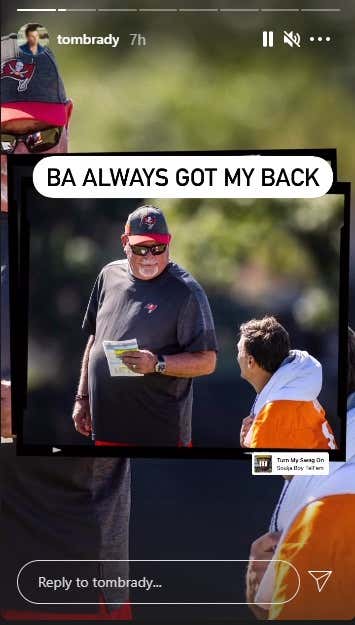 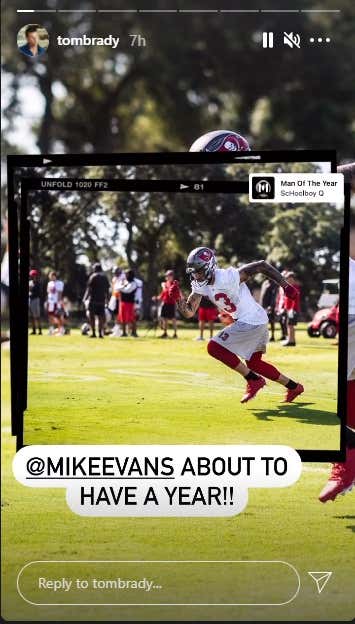 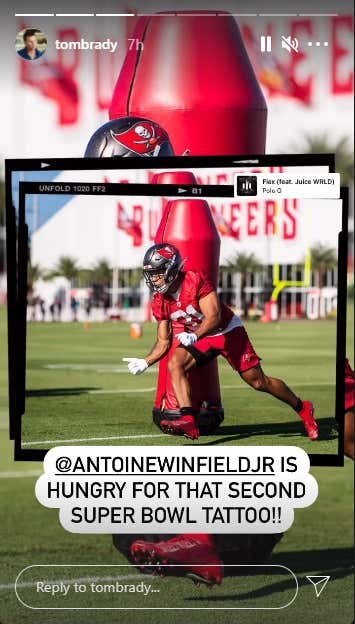 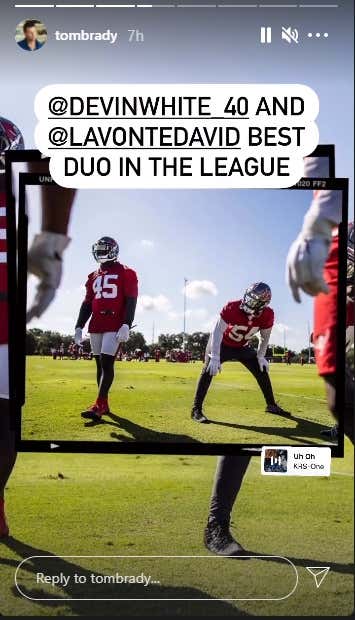 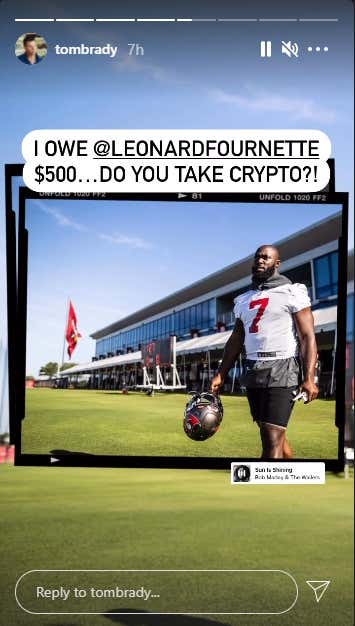 Every time I think I'm over it, I convince myself I've moved on, I've done all the self-healing I need, and I'm ready to be happy again, it gets ruined. All the old feelings I thought I'd put behind me come back in a flood of emotions and I'm back to where I started.

Remember how happy Tom Brady was at minicamps his last few seasons in Foxboro? No? Oh, that's right. He skipped all the practices he could skip. Something about getting older and spending more time being a husband and a dad. He's older now and still a family man. But even coming off surgery he's just got to be there. Making everyone happy with his presence. Running around snapping photos for his Story like the Alpha Omicron Pi sisters getting back together for the first time since last semester.

I mean, look at that first one with Bruce Arians. It's absolutely gushing. The two of them might as well be wearing matching white outfits and making their hands into hearts around a sunset with their perfectly bred Golden Doodle looking on with a caption "Live, Love, Laugh!" Sickening. And the worst part is, it's genuine. You just know he means it. And he's not the least bit shy about posting it as a passive/aggressive clap at the previous coach who would never have allowed this. The Mr. Grumpypants who once fined Darius Butler for a Twitter exchange with the Chad Ochocinco the week of a Bengals game. Even taking the time to print off the thread and hand it to him. So sincere though Brady may be, this is just reinforcing the fact he's living his best life and shoving it in Belichick's face like … well, like a printed off Twitter thread.

And it doesn't help one goddamned bit that Brady's openly talking about how he hurt his knee early last year and played through it. Or that the Bucs never once put him on the injury list.

Because all that does is further draw attention to the fact that he's living the perfect existence in Tampa. A consequence free life where all his decisions and actions work out for him. A real life version of Nietzsche's Superman. Every man he knows is his friend, every friend is his brother, and a stranger's just a friend he hasn't met. And it's still tearing me up inside that it's happening down in America's Wang instead of New England. It's pure jealousy, I admit that. And it's not the best quality to have. But I'd be lying if I acted like it was any other thing.

So if you'll excuse me, I'm going to have to get back to being good to myself. Because I deserve it. Mac Jones went 6-8 in practice today. He talked about his mental approach:

Worked on not being an error repeater:

And he has his Cam Newton nickname.

OK. Good pivot by me. I needed that. In the words of Crosby, Stills & Nash, if I can't be with the one I love, I'm going to love the one I'm with.