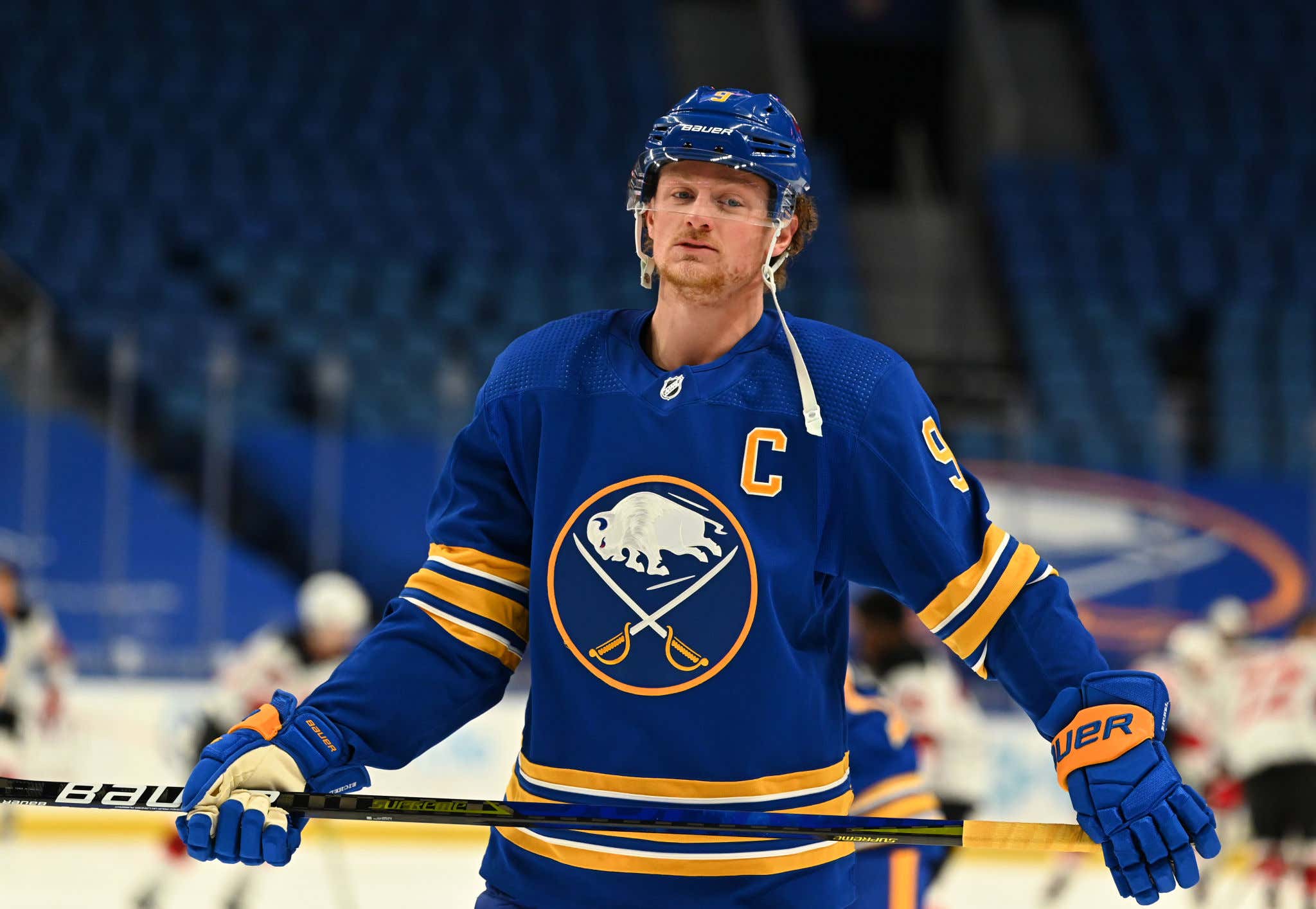 I mean this is just some grade A PR work from the Buffalo Sabres. Truly the first remarkable thing this franchise has done in check's watch forever.

I don't think there's a single soul on the planet who figured that Jack Eichel would be back with the Buffalo Sabres next season. But primarily because he's a full fledged superstar, borderline generational talent, and doesn't want to waste any more of his career on a team that can't even sniff the playoffs. Jack Eichel wanting to get his ass out of Buffalo on the first flight possible is great for the league, but obviously a tough look for the Sabres to recover from. It's not going to be easy to set any sort of morale with the rest of the team when Eichs already has his bags packed when he eventually gets that trade call.

But to then completely steal the narrative and turn it into the Buffalo Sabres actually being the ones who don't want to bring back Eichel? That's genius, Lloyd. Sheer genius. You can't quit, because you're fired!

Now it just looks like the Sabres are sick of Eichel not delivering. Now it looks like they're the ones who are doing a controlled demolition and rebuilding the roster instead of the cornerstone just breaking away and having the whole building collapse. I don't know if anybody is going to buy it, but it's a nice narrative to at least attempt to sell to the rest of the league and upcoming free agents.

Either way, all I ask of the Sabres is to not send Eichel to the Rangers. Send him as far away from the Philadelphia Flyers as possible. I heard LA has a decently large prospect pool. I bet Jackie Hockey would love to get a few years in Hollywood. Do the trade.