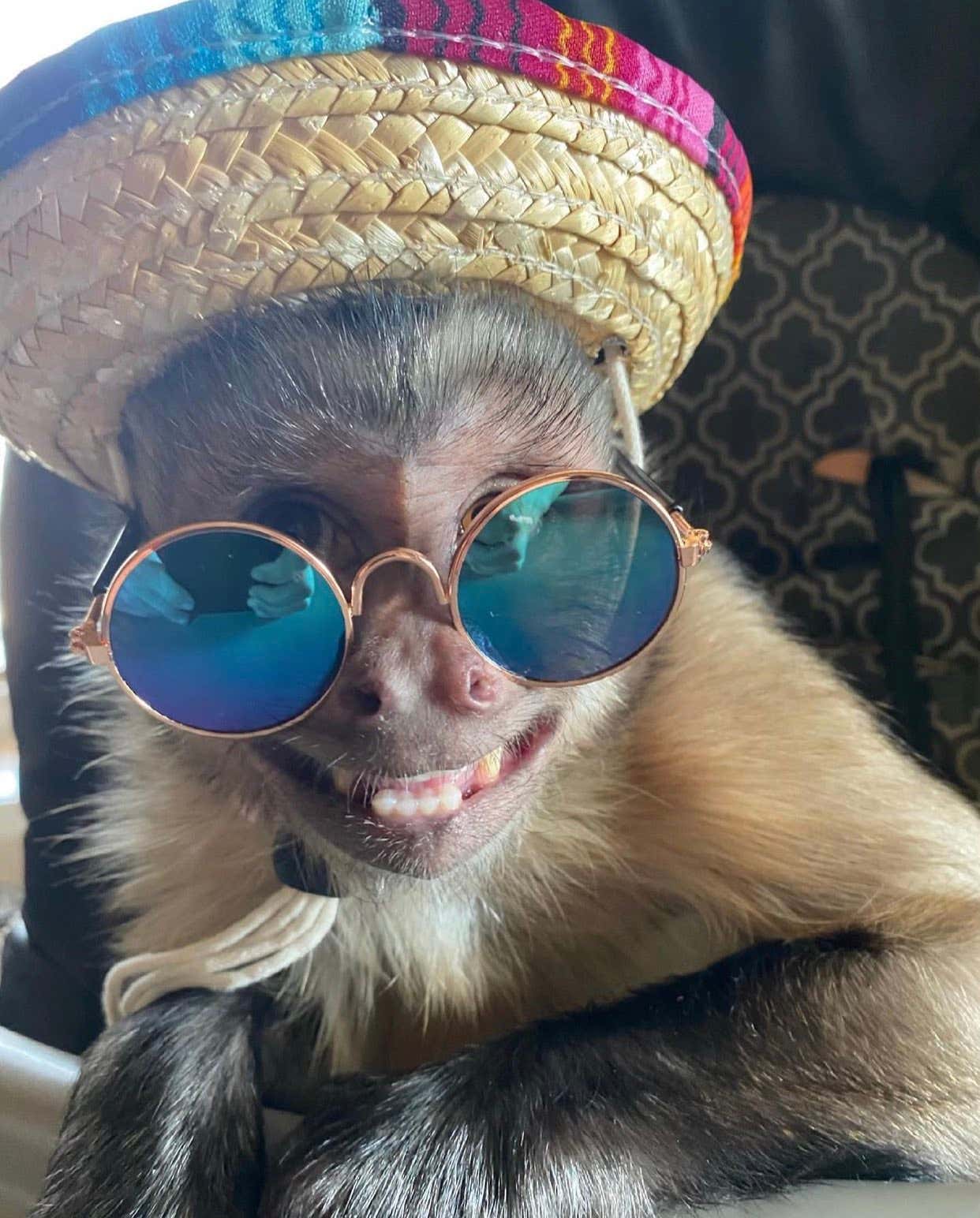 Another beloved primate has passed.

George the Capuchin Monkey was a Tik Tokker, and unlike many human Tiktokkers, George earned and deserved his praise. With 17 million followers, George was universally loved for his humanlike activities with monkey-like reactions. George's owner was quoted saying.

"We have devastating news. George went to the vet for a regular check up on his teeth. During, there were complications with the anesthesia, starting a long fight for his life. Through the fight, George was sent thousands of thoughts and prayers with the hope that he would make it. On June 7th at 4pm Central, Georgie Boy passed away."

"George was a light when things seemed dark and he was a reminder of the love that exists in all of us,"

"Though the fun-loving life of George has left, his spirit of hope and love lives on."

I’m not kidding when I tell you this hurt more than any celebrity death I’ve ever seen.

RIP George the Monkey, you’re always going to be my favorite TikToker 😭 pic.twitter.com/o5GLr9VlO0

George was a symbol of innocence in a world that has been battling the realities of a global pandemic. He was a renaissance monkey, could do everything from driving cars to ASMR.

#asmr with George 😌 Thank you to Staci from NJ 🐵🥰 #fanmail

He loved all sports.

George absolutely LOVED this #fanmailfriday 🐵😍😂 TYSM to all of the #amazing fans that made it happen! 🥰 Extended Cut on YouTube!

His only fault was his inability to use the bathroom, but his diaper made him so much more endearing.

#sponsored GEORGE GOT A BED 😲🐵 So we had a sleepover and watched George videos 😂🐒🍿 TYSM to Real Bed for the #Unboxing 🥰 Promo Code: GEORGIE 👌

He interacted with the world with an innocence only he could bring.

Only the good die young, and George was beloved by all. They say only those who universally earn their spot in heaven get to go early, and George brought joy into million's hearts.

Please check on Marty if you have the chance.

My favorite Monkey George on tik tok has passed away this morning. I'm down bad RIP George