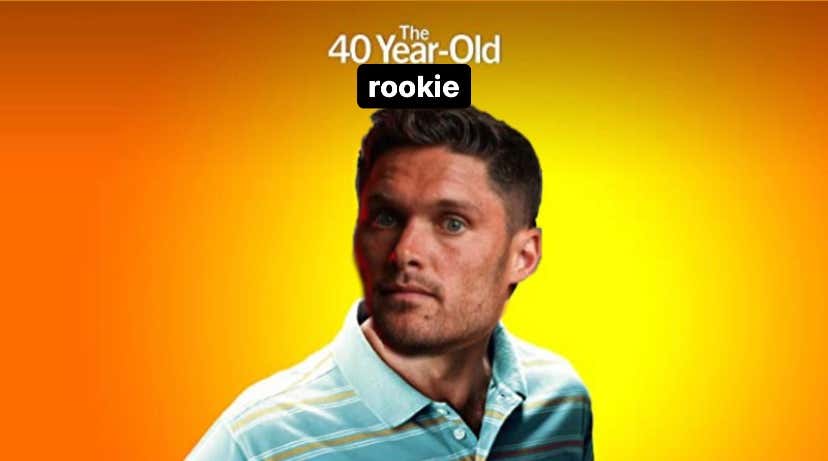 Now first of all, I just want to point out what a greasy this move was from Schefter. Literally just a few hours before the news broke that Chris Hogan will be making his PLL debut this weekend, we were recording tomorrow's episode of The Crease Dive when Doogs threw this idea out there.

Did Schefter hack into our Zoom call and swipe this take? Does he know that new episodes of The Crease Dive drop every Friday morning and that he'd be able to make it look like he beat us to the news by putting this out on Wednesday night? All signs point towards absolutely yes. But just as long as you know that the boys but it out there first and we get the credit, I'm fine with it.

But now that that's all out of the way….

The world will finally see whether or not an NFL player can step in and keep up with the greatest lacrosse players on the planet this Saturday at noon on a nationally televised broadcast. Chris Hogan and the Cannons are going up against the back-to-back reigning champs, the Whipsnakes. The only team in league history who has won the Crown. The only team in league history who has had the MVP on their roster with Matt Rambo as the league MVP in 2019 and Zed Williams getting the MVP last summer. Which means this will go one of only two ways on Saturday.

Either 1) Chris Hogan is going to get absolutely torched out there. It's going to be a baptism. And at the end of the day, all the haters who say that a pro football player could pick up lacrosse in 6 months and be the best in the world at it will look like a bunch of big, fat, stupid bitches. Hogan has been training his balls off for this moment AND he already has lacrosse experience from college. If he can't keep up with these guys then there's literally nobody in the NFL who would be able to.

Or 2) Chris Hogan balls the frick out, generates a ton of interest for the league on NBC, becomes a regular part of the Cannons lineup and keeps getting more and more people into the sport. He grows the game, grows the ratings, and helps the Cannons along their way to knocking off the defending champs.

There's also a 3rd and honestly way more realistic option here, which is that Chris Hogan struggles at first in this game but then is such an incredible athlete that he's able to settle into his matchups, and then overall has a perfectly decent yet not very memorable performance. Which is most likely how it'll end up going, but that's vanilla. So give me option 1 or option 2 and let's root for chaos. Not Chaos the team, but chaos in general.

Either way, you can hear us talk about that scenario and the entire upcoming weekend on tomorrow's episode of the podcast. See ya then.