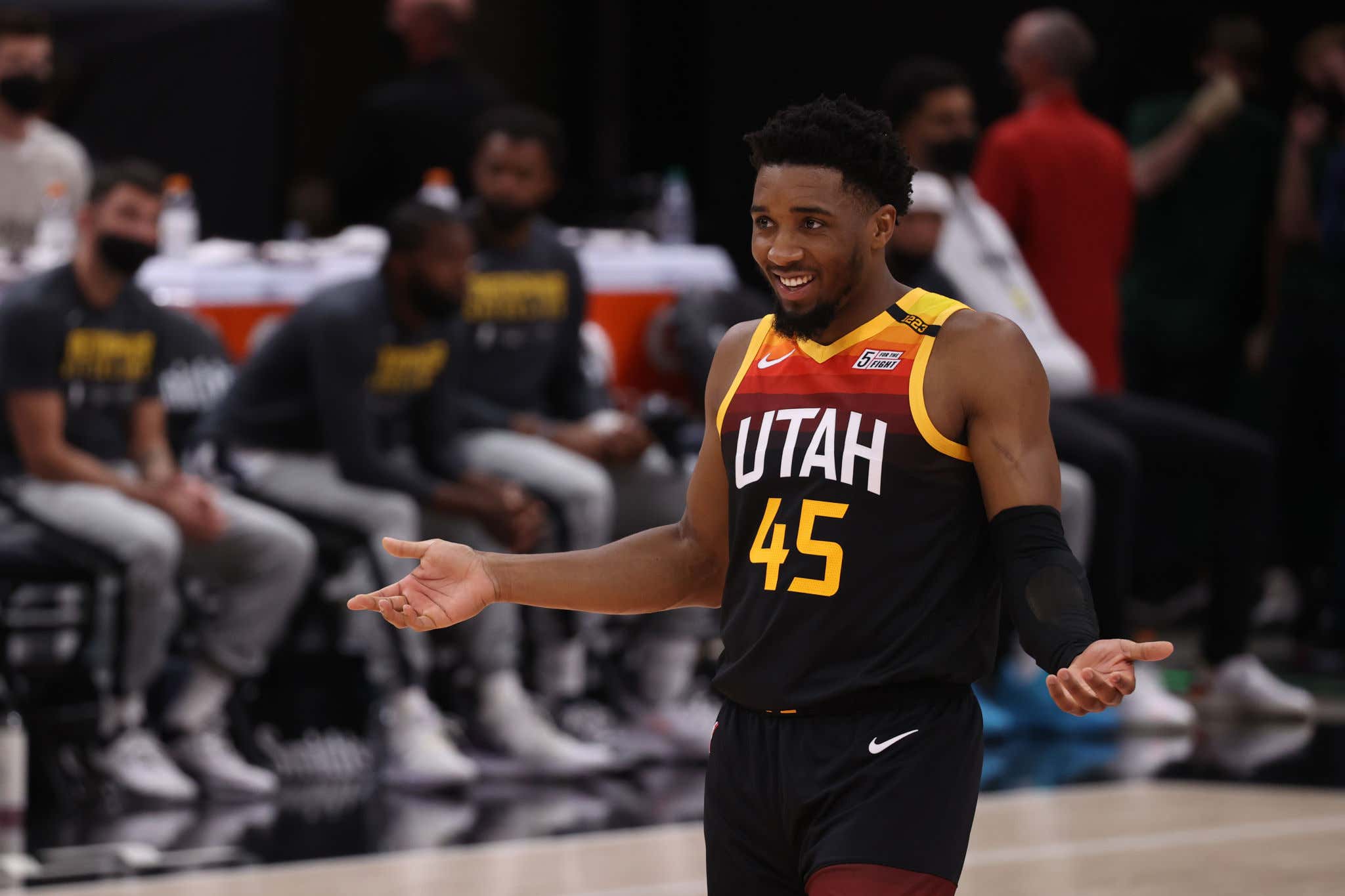 Remember this little exchange from checks calendar less than 6 months ago?

It's a classic media move. Former player says current player stinks or isn't good enough even though it's complete bullshit, so when he plays well that former player can take credit for it or if that guy doesn't play well, the media guy can say he was right. We see it all the time. Perk does this shit too.

Pretty massive night in a game the Jazz won by 3. All without Mike Conley too. This seems to be the norm for Mitchell when Conley isn't in the lineup, remember this performance against the Nuggets in last year's playoffs that also came with Conley out?

Personally, I'm picky when it comes to the term "superstar". I think that gets thrown out way too easily. My view of Mitchell is the same way I view Tatum or Luka or Booker or a lot of these insane young talents. I wouldn't say they are "superstars" right this second, but they are well on their way. It's only a matter of time before that's the level they reach. What I do know is you cannot have that discussion without including Donovan Mitchell. He's shown enough in my opinion. Shit, the Jazz haven't lost a playoff game since he returned to the lineup.

That's what makes that comment from Shaq so funny. Nothing we're seeing now from Mitchell is any different from what he basically did all season long.

But to give you an idea of how stacked the guard position is in the league, Mitchell most likely won't even make an All NBA team this season.

The problem is, Mitchell plays for a team that pretty much nobody likes outside of Jazz fans. That's tough. Despite his insane play these last two postseasons, a great regular season in which his team was wire to wire the best team in the league, it still feels like people want to discredit or not really buy into what we're seeing with Mitchell. He's a volume shooter, I get it, but what are we doing here. I've seen other players accomplish less and get more respect/love than what we see with Mitchell.

This is a player that didn't even finish in the top 15 in MVP voting! That feels insane to me and sort of shows what I'm talking about. Guys like Ben Simmons, Westbrook, Rose (fan vote) and Harden all got more votes. That's just asinine.

I'm not sure what else you could want from a star player. The ultimate goal is a title, everyone understands that, but plenty of superstar players won't win the title this year. If the Bucks don't win, Giannis is still a superstar. Same is true for the Nuggets and Jokic or the Sixers and Embiid.

My guess is after this postseason run, we'll be done with people sleeping on Mitchell or not giving him his proper respect. The guy is blossoming into an absolute monster and is becoming a must watch player. Sucks that you have to watch Jazz games to see him, but that's a small price to pay.