I thought last night would be like any other ole night. Get home from work. Eat some dinner. Watch some Jeopardy. Watch the Yankees. Perhaps dabble in some of the devil's lettuce. Mix in a long poop at some point. Listen to music. Go to bed.

Instead, last night a man had his way with me. Just absolutely dominated me. Here's the full story.

It all started on May 23rd with this DM. 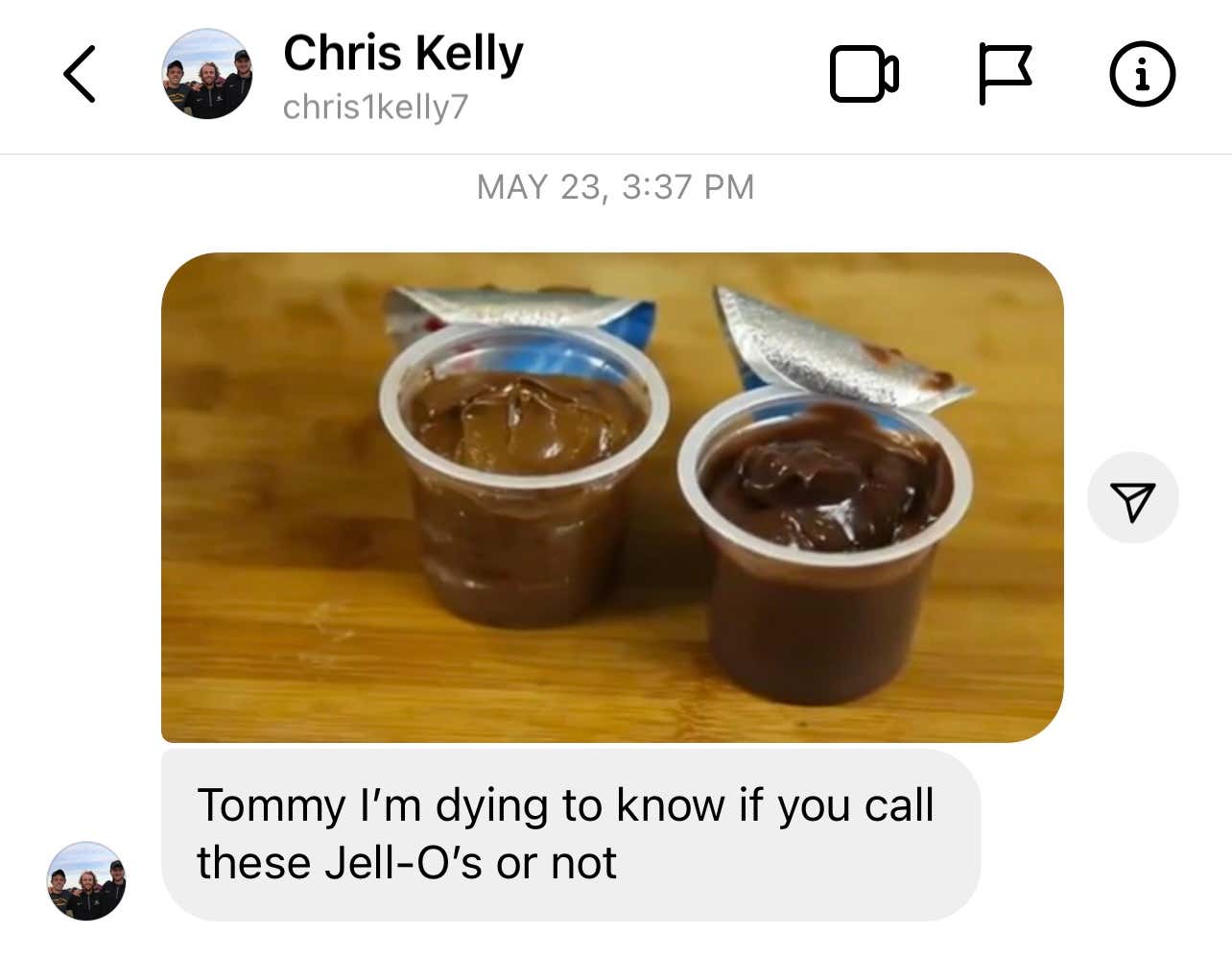 I saw it at the time and didn't think much of it. I see the message, glance at his picture and think "This isn't a hot girl" so I don't respond and leave it in requests.

But Chris is persistent. 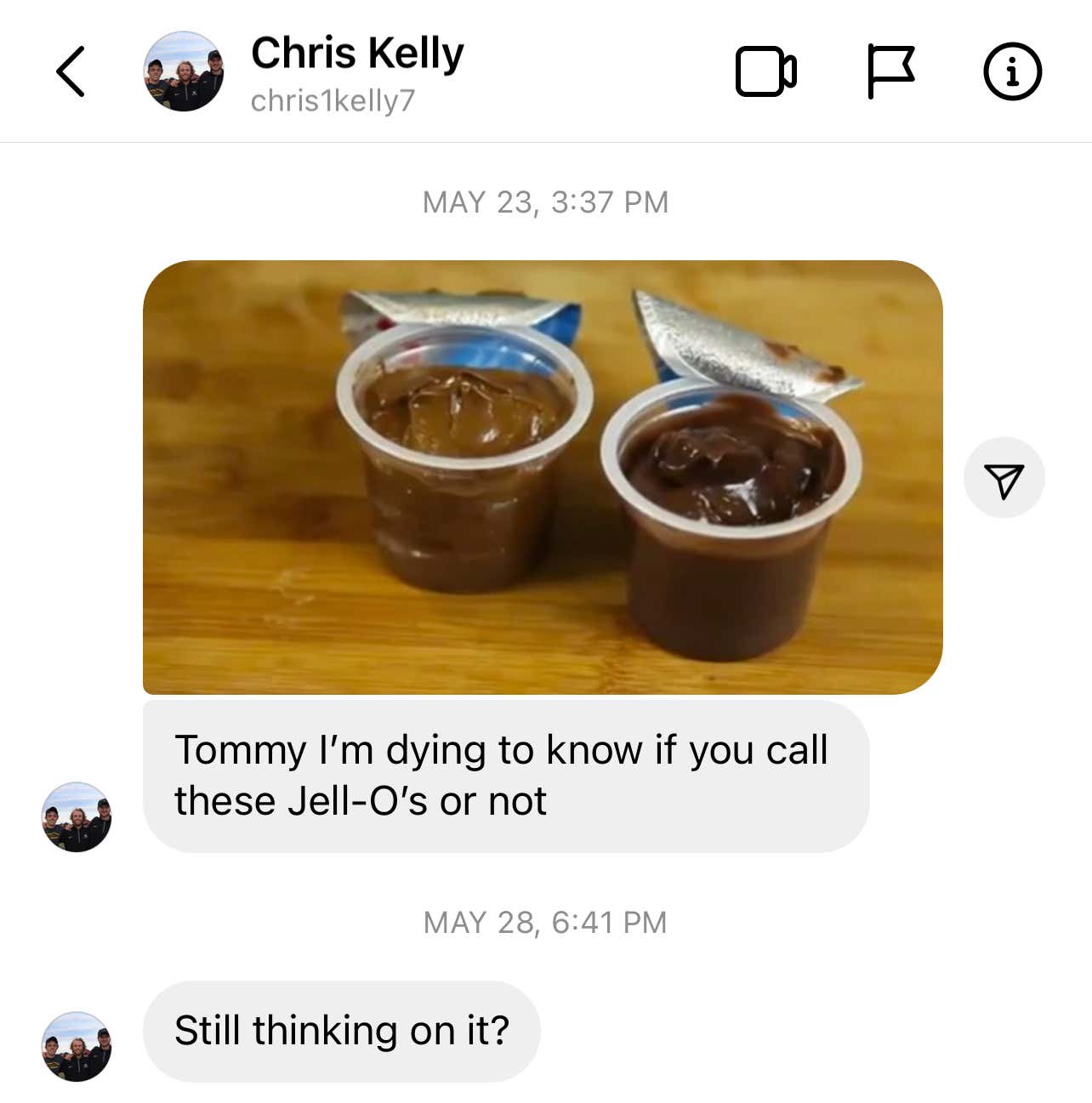 He really wants an answer. I look at the picture again and think, "That's obviously pudding. Jell-O is the brand but jello is jello. A classic semantics battle, but it would be confusing to call that Jell-O."

Chris, unfortunately, has still not transformed into a hot girl. So he is still left in requests. 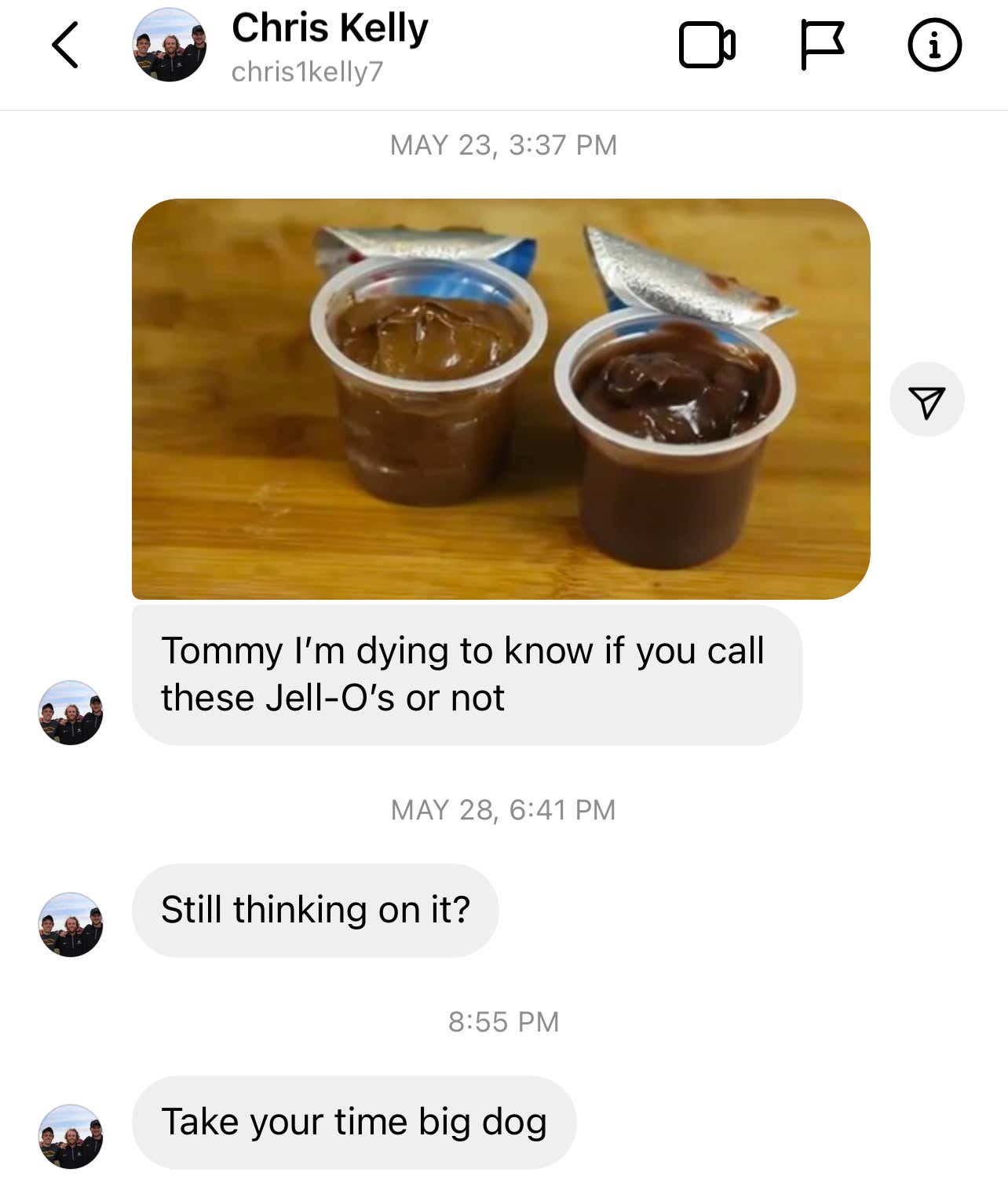 God Bless the kid, Chris refuses to give up. 16 days later, he's persistent as ever. "Take your time big dog" is just such a polite message. It actually made me chuckle. If you call me "big dog" then I'm going to respond to you every single time. Tommy loves being called big dog.

So I figured, "Alright Chris still isn't a hot girl, but I'll respond anyway. Maybe this has been a raging debate among his friend group for weeks. They need a leader in the Thought Community to weigh in and give his ruling. This kid probably worships my opinion. I'm going to do the nice thing and respond. Let him know I call that pudding and hopefully that can give them some clarity." 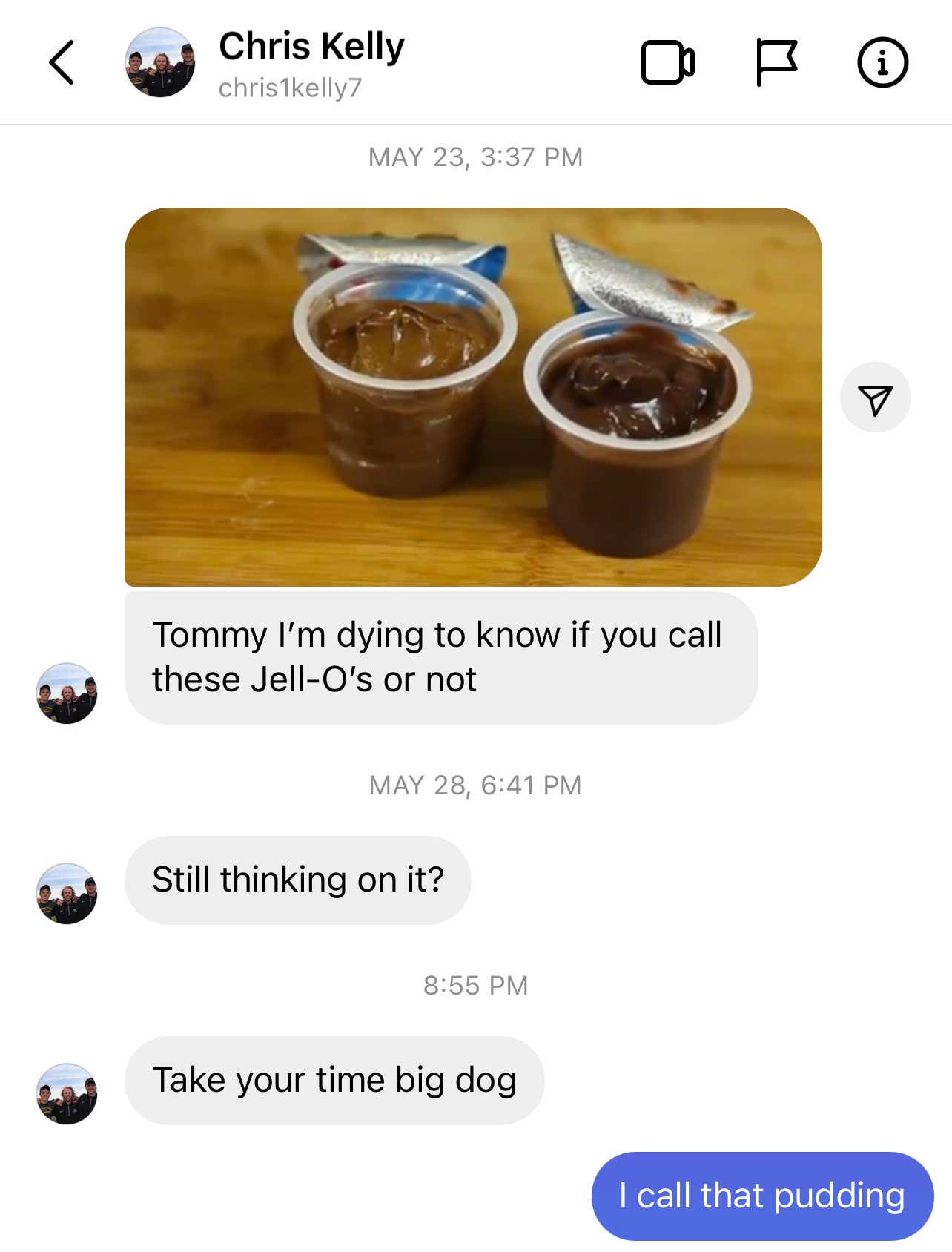 I assume that'll do it on my end. Maybe he'll respond with a "Thanks Tommy! You're the man!" and I'll like the message. 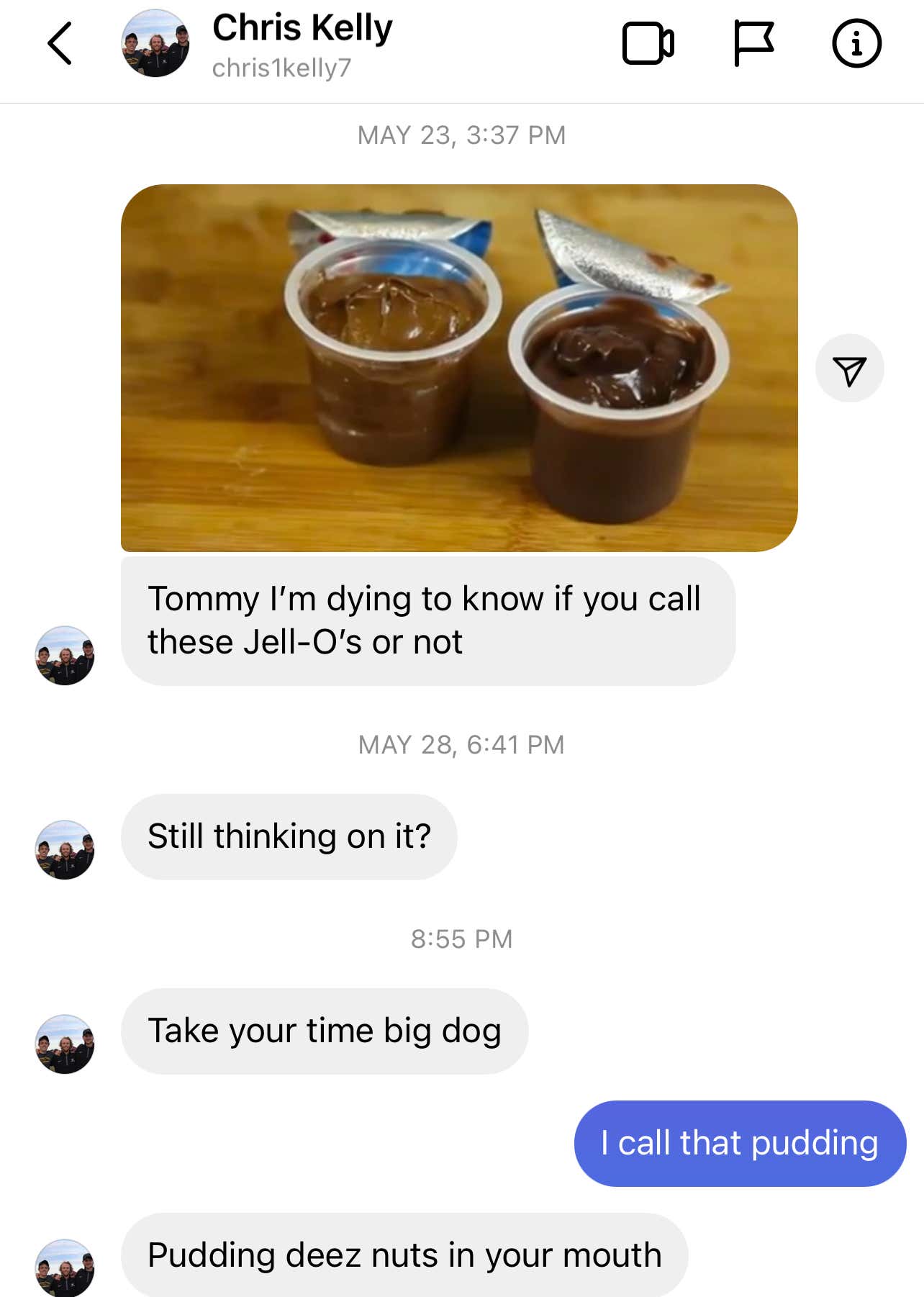 Never saw it coming. Never had a chance.

At that point, there's nothing you can do but tip your cap.