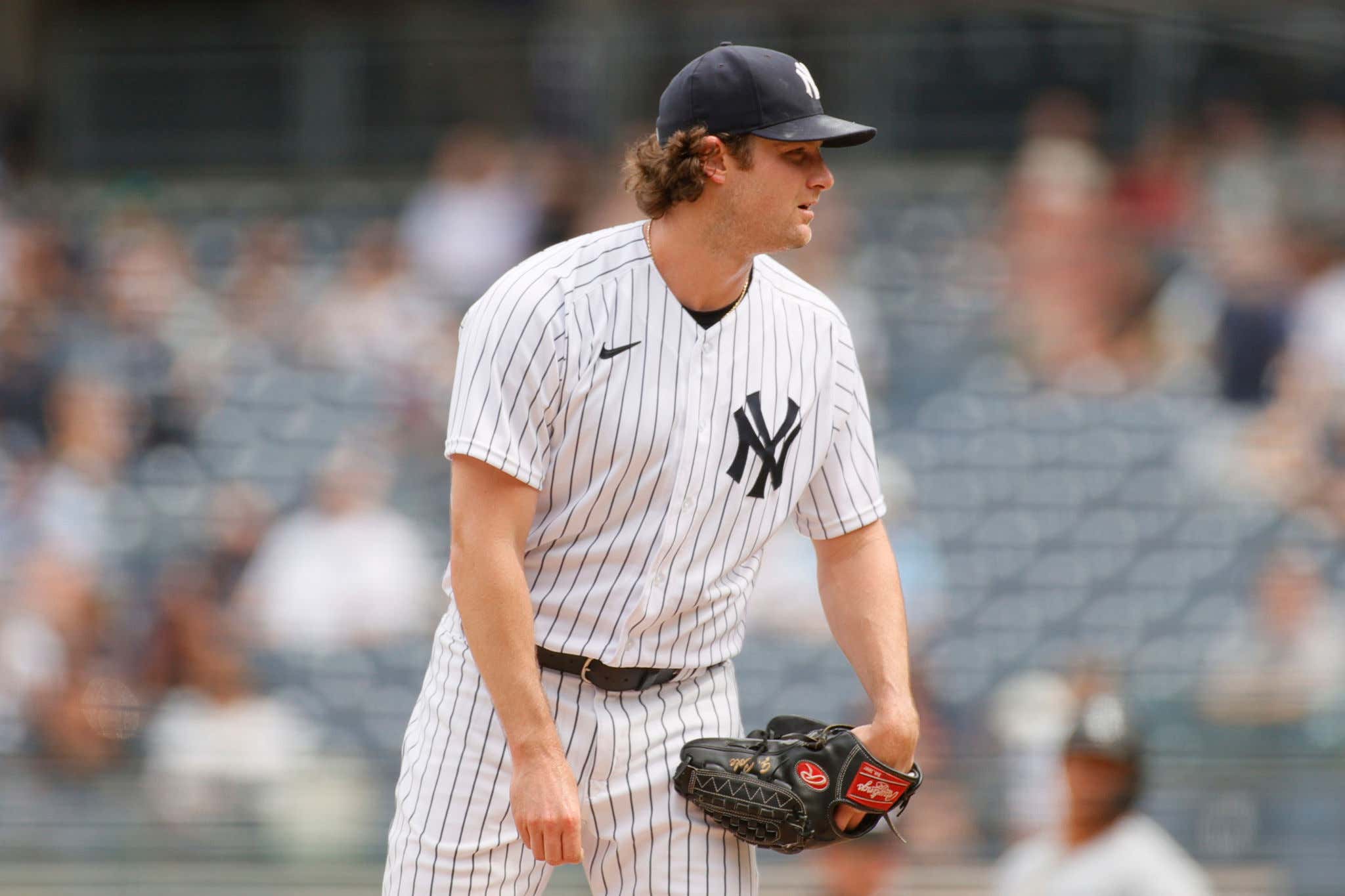 The whole baseball world is going to be talking about this clip I'm about to bring up. As MLB begins their crackdown on sticky substances with pitchers you're going to see that topic dominate the sport. I honestly believe most pitchers aside from Jacob deGrom have toyed with something to help them gain a better grip/manipulate the baseball. Gerrit Cole is being used as the poster boy of this situation because he pitches for the New York Yankees and received a $300+ million deal after his recent rise through the ranks of starting pitchers in the league.

Late last week Josh Donaldson brought up Cole's name after the Yankees ace struggled against the Rays in his last start. This came just after baseball suspended multiple minor leaguers for using sticky substances. Today the Yankees ace was asked about those comments and responded….

Ken Davidoff followed that by straight up asking Cole if he's ever used Spider Tack, one of the sticky substances that MLB is looking to crack down on. His answers was…well…yeah…

I don't know what Yankees PR is doing, but not having him prepared to answer this is a fireable offense. Like what in the world are you doing not expecting this kind of question? I honestly thought the video froze for a few seconds. Trevor Bauer was questioned about this the other day, you had to know this line of questioning was coming. Not having Cole ready for this is insane to me. Like there's no spinzone here, that's a terrible answer to the question. I honestly think if he just admitted to it and said fuck you and walked off camera it would have been a better look. Come on man.

As for the sticky substance issue. I don't think it's a big secret that Cole has used this stuff in the past. Same with Trevor Bauer. Same with Yu Darvish. Same with probably every good pitcher not named Jacob deGrom. If you think Gerrit Cole was the only good pitcher trying to do this then I have a bridge to sell you. This is a baseball wide problem.

MLB was simply not doing a single thing about it over the years so pitchers continued doing their thing. Then Manfred deadened the baseball and offense plummeted to an all time low with tons of strikeouts in 2021. Now they're being forced to do something so hitting goes back up and there's more of a level playing field. We're gonna get glove checks 8-10 times a game and it's going to be a whole new ball game. Who sucks without the sticky substance will be interesting as hell to follow. I truly believe Gerrit Cole is a great pitcher without this substance but only time will tell I suppose. What I do know is that answer to the question was about as bad as you could imagine. Jesus Christ man.

TLDR: Yankees PR needs to figure it the fuck out.