I was between running back the highlights package or just going with a bunch of stillshots of Bird's glorious Mississippi Mud Flap circa 1984. Little bit of a wet blonde curl from the natural perspiration levels. Thing had great bounce too. People forget to talk about the volume and presentation of Larry Bird's mullet in transition. Your ass just got no looked because you were distracted. We all were. Is that a mustache or bread crumbs? 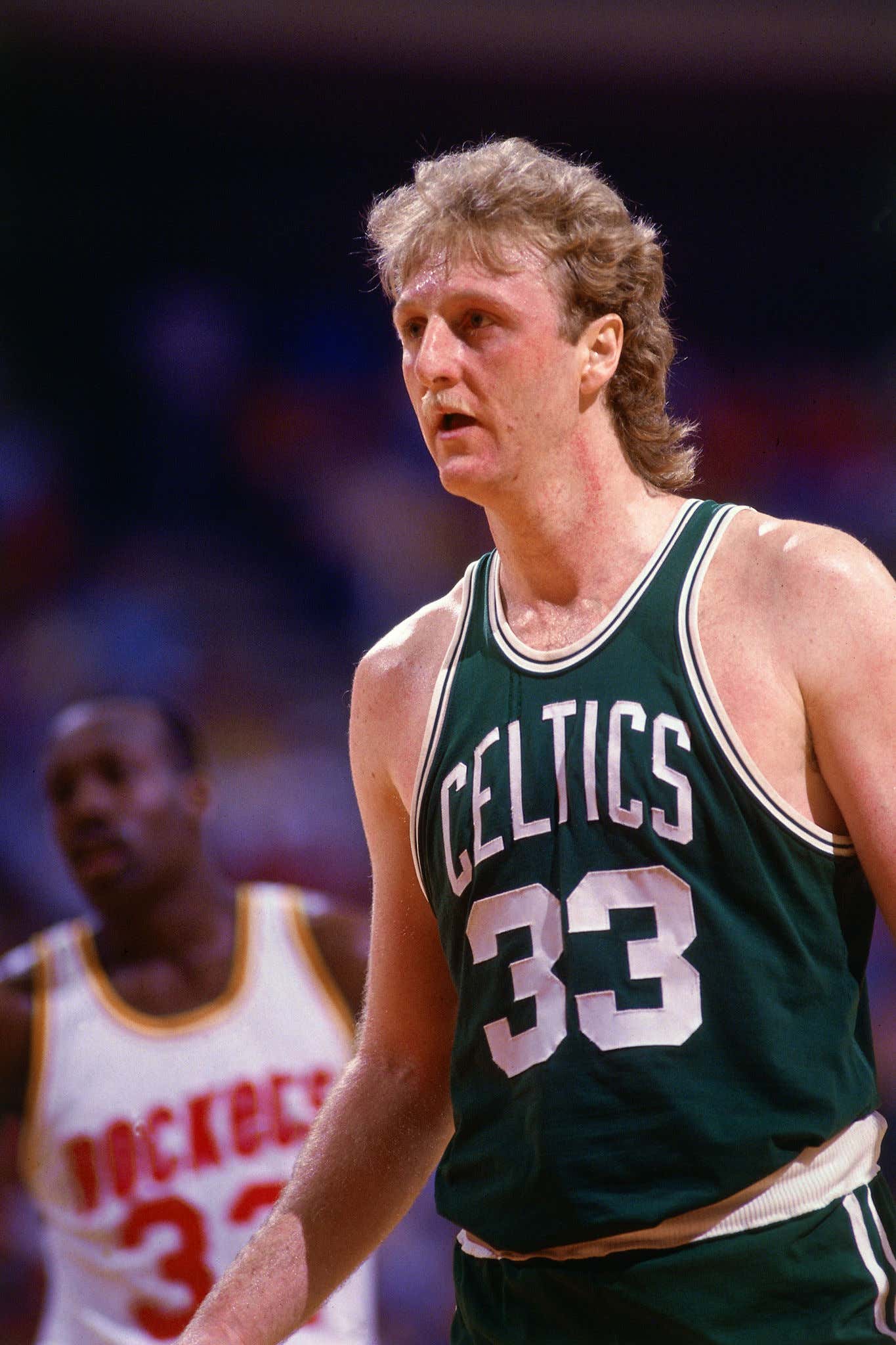 All Larry Bird wants to do is fuck you up. I know this because my college pitching coach was unnaturally obsessed with Larry Bird. I know this sounds strange but he would virtually relate all pitching instruction back to Larry Bird. I am not joking. If you threw a good pitch he'd say something like

"Now Larry Bird doesn't hit the first free throw then take his mind off for the next one. He concentrates on every free throw. None of this bullshit where you don't think about your next pitch. Larry Bird. Every time. Throw another good one now.

No offense but this wasnt DeVry. This is the university of Illinois. Don't make me get the gif out.

Arm side FILTH. And the guy who nurtured its development had the most uncanny ability to bring Larry Bird into the conversation. You could be sandbagging the windsprints at morning conditioning…

He was a really funny guy. One time he knocked on my hotel door while we were on a trip. I answer the door. Whats up coach? He asks "You fuckers got HBO?" Yeah coach. "Alright turn that shit on. The Larry Bird documentary just started and we gotta be better tomorrow."

Needless to say I've had a lot of exposure to Larry Bird albeit under bizarre circumstances. Certainly enough to know that he's just about the most deadly shit talking son of a bitch in the history of competitive sport. The same guy who would get personally offended if he didn't think the opposing coach had him guarded closely enough. Explicitly telling people how he'd beat them, then going out and doing exactly that. Playing left handed because he needs a challenge. The list goes on which solidifies my point: Larry Bird is a bad dude with a great Mixtape.

Obviously you guys know that shit but we drafted NBA players and I spent a good time waxing Larry Bird's fully masted dick. Maybe uncomfortable for some of you guys but to me Larry Bird deserves it.