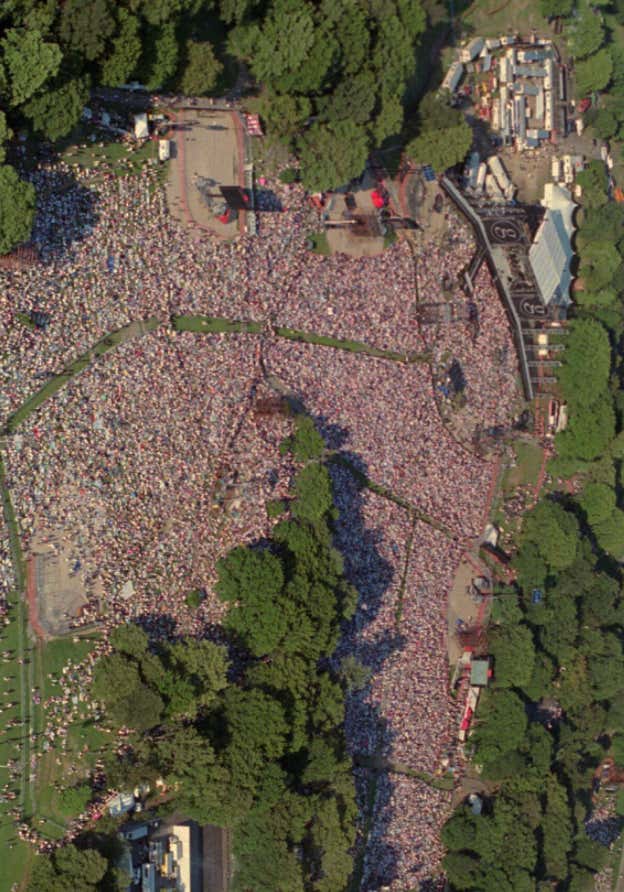 Patch - Mayor Bill de Blasio is teaming up with legendary music producer Clive Davis to organize a mega-concert in Central Park this summer to celebrate New York City's reopening from the coronavirus pandemic.

The show is tentatively set for August 21 on the Great Lawn as part of the city's "Homecoming Week," according to the New York Times.

"I can't think of a better place than the Great Lawn of Central Park to be the place where you say that New York is reopening," Brooklyn native Davis told the Times.

GIVE IT TO ME!

Look man, I did my part. I followed all the rules for a year. Stayed mostly inside. Barely traveled. Did the mask thing. Got vaccinated. So now FEED ME MEGA CONCERTS AND HUGE CROWDS. I crave it. I hope everyone feels this way too. I am not scared of this virus anymore. Shit, I don't even want to wear a mask inside ANYWHERE anymore, because if I do, I feel like this all has been for nothing. Like if we aren't going to get back to normal after following every protocol and then letting Bill Gates put chips into our arms, what's it all been for? To me, this type of concert is what it's all been for. Going to bars every day of the week and getting blacked out (responsibly) is what it's all been for. I hope you guys are throwing that dong into any and every hole that presents itself, because motherfuckers, that is what it's all been for. To feel alive again. To see concerts again. To buy Plan B again.

I have no idea who is going to be at this "mega concert". I went to the first ever Global Festival on the Great Lawn and saw Foo Fighters and it was awesome. Hopefully I can get tickets to this thing too. I don't care if they have a bunch of shitty bands, I just want to drink outside at a concert with 60,000 of my friends again.

Oh and speaking of, if you have a plug for the Foo Fighters at MSG, hmu.