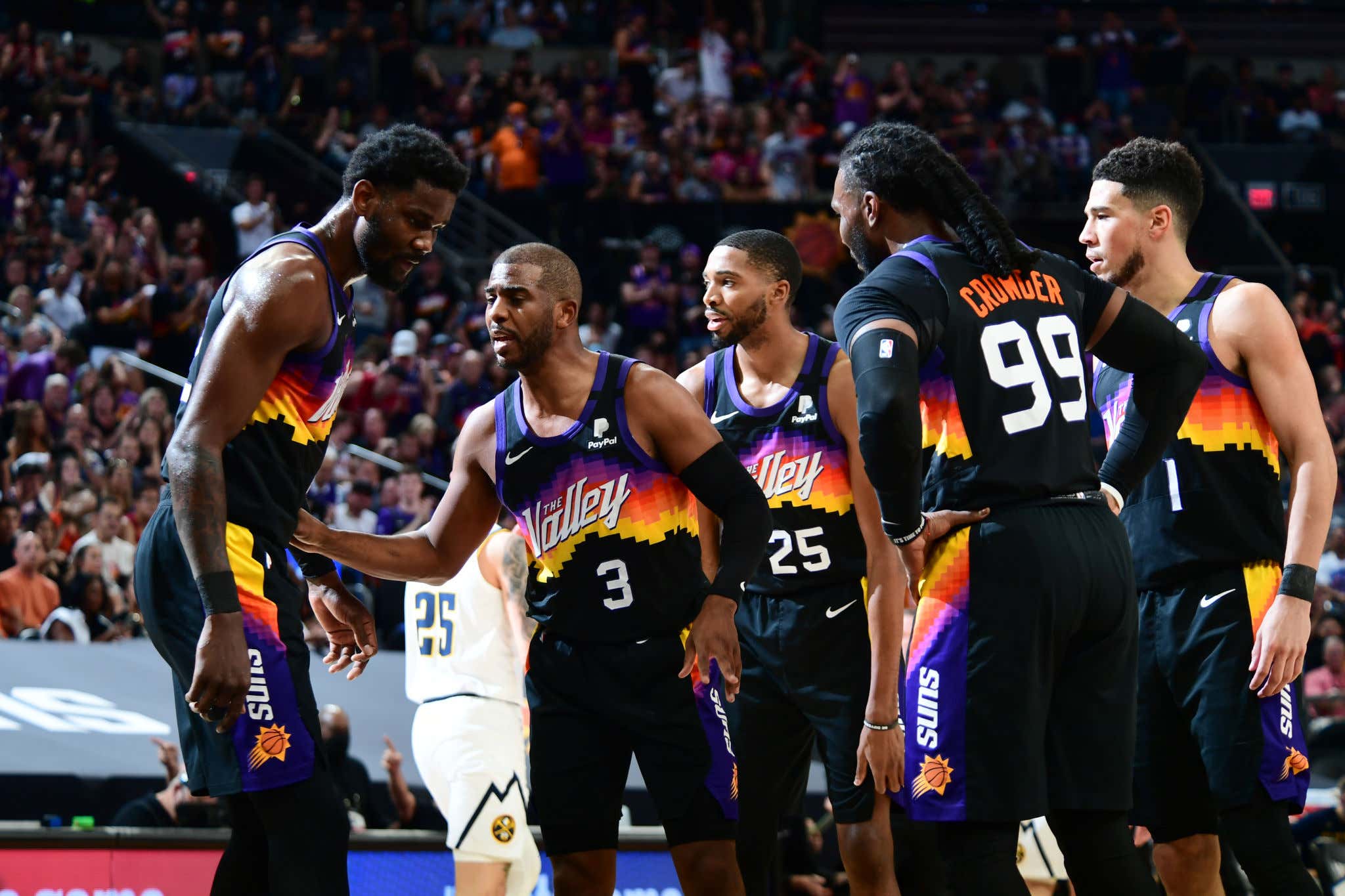 Unless you're currently a fan of a team still alive in the NBA Playoffs, I'm not sure how you couldn't be rooting for the Suns. Not only are they as legit as any other contender in the league, but their story of how they got to this point is pretty incredible. It should give hope to any rebuilding franchise in the league right now that is praying for a better future. There's really only a few comparisons in recent memory that comes to mind for me, and that's when the 2007 Celts went from worst to first in just 1 season or the Lakers winning a ring* after not making the playoffs because they brought in AD. Those obviously were due to a massive trade that instantly changed their fortunes. This Suns process has that, but it's also been built over time through nearly flawless execution.

He won't win it, but James Jones should be this year's Executive of the Year. In fact, nearly every move he's made since joining the Suns front office is why they are where they are. Just look at the timeline

- In the 2018 draft, as part of their staff they steal Mikal Bridges from the Sixers for Zhaire Smith and take Ayton #1

- That season he trades Trevor Ariza for Kelly Oubre Jr and Ryan Anderson for Tyler Johnson (remember this). The Suns went 19-63

- Becomes full time GM in 2019 and in a shocking move at the time, he fired Igor Kokoskov and hired Monty Williams

- In the 2019 draft he trades TJ Warren to the Pacers for cash. That move made no sense at the time. He also traded down from 6 to 11 to snag Dario Saric and draft Cam Johnson. A pick that was talked about as a huge reach. He then also traded a late 2020 pick for Baynes and the 24th pick while also signing Ricky Rubio in free agency.

Let's stop here for a second. On the surface, it's not really clear what the plan was. TJ Warren was one of their best players, Cam Johnson pick was questionable. But you started to see the light at the end of the tunnel. The Suns probably make the playoffs last year if not for Ayton's suspension. They then go 8-0 in the bubble and look like they are onto something.

OK, let's get back into it.

- In November 2020, the big shoe dropped. The Chris Paul trade. After proving he was very much not washed up, the Suns made it happen. Remember those Kelly Oubre and Barnes trades? Or that sort of confusing Rubio signing? Well, they don't land CP3 without them. The package of Oubre Jr, Rubio, Ty Jerome (from the Baynes deal), and some filler is what brought Chris Paul to the desert.

- Enter free agency. Anyone could have had Jae Crowder. He had just made a Finals and is always seemingly on good teams. His 3/29M deal isn't outrageous by any means.

You add it all up and let's see where we're at. The Suns have the 2nd best record in the NBA. Cam Johnson looks like a hit at 11 and is perfect in his role as a spot up shooter with size. DeAndre Ayton looks like a hit as the #1 pick. Mikal Bridges is the perfect 3 and D wing for today's NBA. Devin Booker obviously is flourishing. Monty Williams was the perfect hire.

The Suns are not a super team. They don't have the benefit of being in New York City or Miami where the best of the best decide to team up together just to be in that location. They have a cheap as fuck owner. This team was built "the right way" you could say. Smart drafting, guts to make trades that might seem crazy at the time but give you the assets you need to pounce when the right star becomes available. It's not like the Suns are this big market team that attracts all the best free agents. Shit, maybe they will now, but that has not been the case during this era.

In a two year span to go from 19-63 to 51-21 in a weird condensed season in which you look like a legit title contender is about as close to a flawless rebuild as you can get. Suddenly Devin Booker is more than just a good stats on a bad team guy, but when you give him legit talent around him looks like every bit the franchise cornerstone player you need him to be. James Jones has nailed pretty much every step of this process. Not only that, but they play a fun ass style of basketball.

I was lucky enough to be at ASU during the Nash era, which was really the last time this team was any good. That team was must watch stuff and if not for some David Stern bullshit, probably has a title. These Suns are at that level for me. Barring injury or some sort of Adam Silver bullshit, they can absolutely win the title. Think of how wild that is to say about a team that won 19 games two years ago and didn't have the benefit of superstar players picking their team in free agency.

This is a team that has depth, is balanced on both ends and only really has one weakness (back up center). That might not even matter depending on who they play. Especially if Ayton is able to play Jokic even while avoiding foul trouble in this series. The beauty of how this roster is constructed is as long as their owner agrees to pony up and pay any potential luxury tax, they are going to be good for a while. Paul has 1 more year at $44M, but would it shock anyone if he turned that down and got like a 2-3 year extension to stay in PHX? Ayton is about to get the max, and Bridges not far behind. The core that we are seeing run through the tough Western Conference is positioned to be together for the foreseeable future. How could you not be excited about that?

This series has a long way to go, it's only been one game, but it's hard to not take a step back and really appreciate what James Jones and this team has built. Hard to imagine this is anything other than just the beginning.