Have you ever wondered about the inner workings of Barstool Sports? How do we make money? What's everyone's salary? What are Dave, Big Cat, and Reags like in real life? Have you ever met Call Her Daddy? Well you're not alone. And today's your lucky day.

I've compiled the top questions about Barstool from the "People Also Ask" section on Google. If you google "Barstool" or other things related to the company and scroll down, you'll see some of these. And I promise you these are all real. No photoshops. These are genuine questions people have about Barstool. And I'm here to answer them. Away we go.

One of the most popular questions I've been asked at every bar I've been to. Everyone always wonders how much employees here gets paid. I was told not to leak this, but fuck it. Pageviews are pageviews. After a raise at the end of 2020, Big Cat is up to a salary of about $48,000 per year. Guy has been grinding his dick off for 8 years at this company and is finally getting the recognition he deserves. Maybe one day he can join the top salaried people at the company (Dave, KFC, One Month Trial Ethan, Alex Cooper), but for now he's still just working his way up.

Another extremely common question. Barstool's main cash cow is actually Tommy Smokes. The company gets paid $1.5 million for every Thursday Thoughts video. There are other much smaller revenue streams at the company that bring in some money (Pardon My Take, BFFs, Call Her Daddy, Fore Play, Greenie blogs, Spittin Chiclets), but our finance department estimates that Tommy is single-handedly responsible for about 70% of the company's revenue. 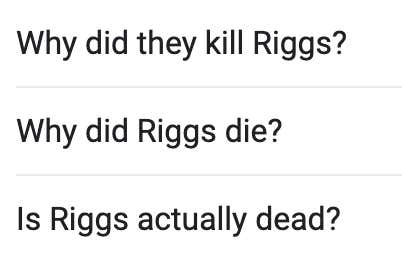 While Riggs hasn't been seen at Barstool HQ for over a year now, he is NOT actually dead. You might have seen the video of him leaving Pinehurst with tears in his eyes and thought, "Surely this is a man with terminal cancer emotionally leaving his favorite golf course for the last time ever." But nope. He actually is fully healthy and went back a week later. There could also be confusion since KB, Nick, and Donnie tried to have a seance to reach their pal Riggs. But as KB said in that video, the only "other side" Riggs has moved to is Scottsdale, Arizona.

Where do I begin? Brandon Walker has become a star at this company despite his many disabilities. His story is truly inspiring. From small MyBookie streams in Mississippi to a media conglomerate in New York City. Perhaps you've seen one of his meltdowns after a missed question on The Dozen and thought to yourself, "Why is this grown adult man so mad over a trivia question?". We'll never really know, and it's left doctors perplexed. Some have deemed him a "moron from Mississippi" and others have called him a "lummox." But at the end of the day, he's just Brandon Fucking Walker.

A question that would have been more appropriate several years ago when we had less females than an all boys Catholic school. But we have branched out and hired plenty of really talented female employees. So I'm not sure how to answer this one. Let's see what Google's answer is.

Alright that settles it.

There are a ton of questions on Google about Smitty getting fired. It's the second most popular search result when you type in "Barstool Smitty _." While Smitty was fired back in the day, he was eventually re-hired. He's certainly had his close calls since then (Dickgate), but the ole blockhead is still chugging along.

Decapitated. Whole big thing. We had a funeral for a bird.

I'm actually not sure about this one. Let's see what Google has to say.

Holy shit! Stay hot Rocket! It is unclear, however, if Carrabis signed a prenuptial agreement before his marriage to the game.

A common question from the haters. Dave is of above average height, standing around 5'11". Find a new slant.

Who doesn't know Barstool Pizza?!? While Dave is the one who does the pizza reviews, Barstool Pizza is a new Italian intern we just hired that was the viceroy from the Cleveland Institute of Music, growing the account to 120,000 Twitter followers despite the school having an enrollment of just 230 students. You've probably seen his first day TikTok where he shows off his Ed Hardy t-shirt and his Filas "for the boys."

Frankie was not officially "fired." People don't know the full story behind this, but basically here's what happened. Frankie stormed into Dave's office one day and said, "I don't have time to film these stupid little pizza reviews anymore. I'm Frankie FUCKING Borrelli and I'm tired of being behind the camera. Frankie's a superstar baby, and it's his time to shine! It's raise time too." He stormed out. Ever since then, Frankie has mainly been involved with Fore Play while Dave's new team is a rotating cast of people (Karim, Barstool Banks, Spider) who all do their part to fill Frankie's shoes.

People are constantly wondering if I'm dating Hannah the weather girl given our undeniable chemistry on Barstool Sports Advisors and the many TikToks we've made together. I don't really want to get too much into my personal life, but as of now we're just friends. She really wants a relationship with me (girl is obsessed), but as one of the 50,000 most eligible bachelors in New York City, I'm not at a point where I can commit to just one woman right now. Nice girl though.

Yes Hank went to Duke for four years and graduated with a weighted 4.3 GPA, earning his degree in biochemical engineering.

I don't have enough time to even begin answering this one. Benjamin Mintz is like no man I've ever met. He's a college baseball enthusiast. A poker star. A ladies man. A party boy. An absolute Casanova. You can't explain the enigma of Mintzy until you're privileged enough to meet him.

You sure can! Barstool is owned by Penn National Gaming, which is available on the stock market under $PENN. This is not financial advice. This is just simply a fact.

Hopefully this blog was helpful and you guys have learned a little bit more about this beautiful company of ours.