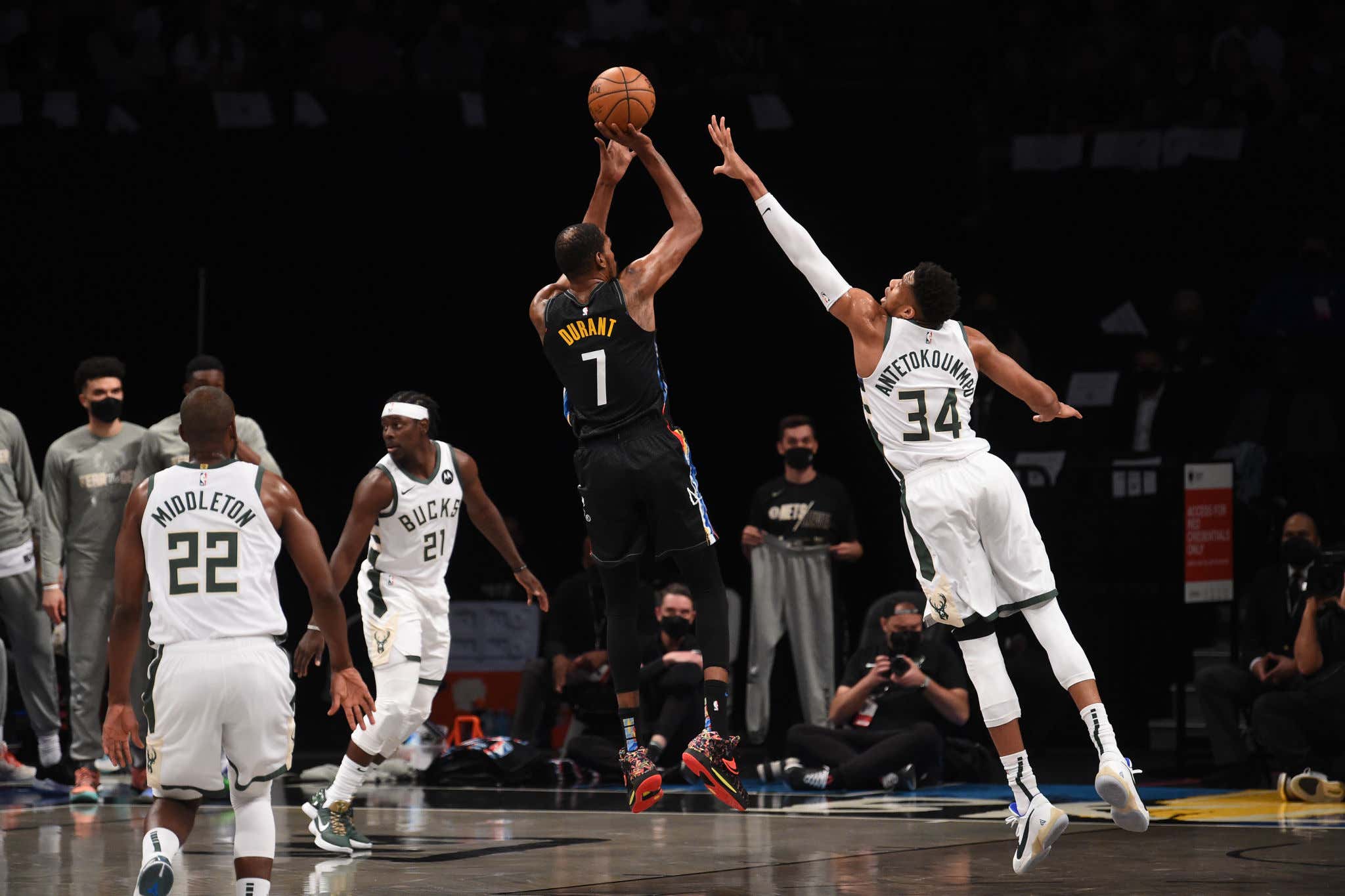 Let me try and put in perspective just how dominant this Brooklyn Nets team has looked this postseason. Doesn't matter if it's against a banged up Celtics team, or a 3 seeded relatively healthy Bucks team. What they did tonight, all without James goddamn Harden, was what every other fanbase still alive in the playoffs fears. When the Nets get going, you're not stopping them. You just aren't. To think they get to add a player with over 25,000 career points to this mix is pretty fucking insane. But back to that whole perspective thing. I think this does a pretty good job of explaining how this team is playing right now

50/44/91….as a team. You get that from a single player and you're happy. I'm not really sure what you're supposed to do when it's the entire freaking team. This game was close for all of 5 seconds before the Nets blew the doors open. 52/50% splits with 21 3PM, good luck slowing that down. All this talk about the Nets terrible defense well they just held a team with Giannis to under 90 points. Doesn't look so bad now does it?

Then when you have Kevin Durant looked better than he ever has before, which is pretty insane given the injury he suffered

and Kyrie is not quitting against the Bucks this time around, imagine the difference that makes

Not to mention Blake is dunking everything in sight like he's back in LA and it's 2013. The Nets put up 125 points and took 7 FTA. How is that even possible? I cannot stress this enough, they did this all without James Harden. I'm personally someone who believes this team gets better when they get to have James Harden play. That's coming.

Which is why the Bucks are in a world of trouble. They have spend many hundreds of millions of dollars to build a team that promptly got dick stomped by 40 points in the second round. I gave the stat out earlier today, teams all time are 402-28 when up 2-0. The Bucks had to find a way to split this series and snag a game without Harden. They didn't, they look no different than every other Bucks team that could never get over the hump and now they return home with their season on the line. As they are quickly learning, the Brooklyn Nets are not the Miami Heat.

The thing is, this is their team. The Giannis/Middleton/Holiday core was the more. Bringing in Jrue Holiday was them pushing their chips into the center of the table. Suddenly Giannis is settling and can't drive past Blake Griffin. What the hell is that about? You're Giannis. Khris Middleton isn't playing the Celtics so naturally, he misses every shot he takes. That has to be frustrating for Bucks fans. They've needed him to step up and be a legit #2, and he looks like a #8. You're not beating the Nets with that.

Given how these teams matched up at the end of the season, I certainly expected more of a fight. Maybe this is just a little home cooking and the Bucks take care of business in their own building. That's the only spinzone left really because the Nets have been in complete control of this series, again, while missing arguably their second best player.

Not only is this experiment working in Brooklyn, they are blowing the shit out of everything in their path. I'm not sure what you even do.