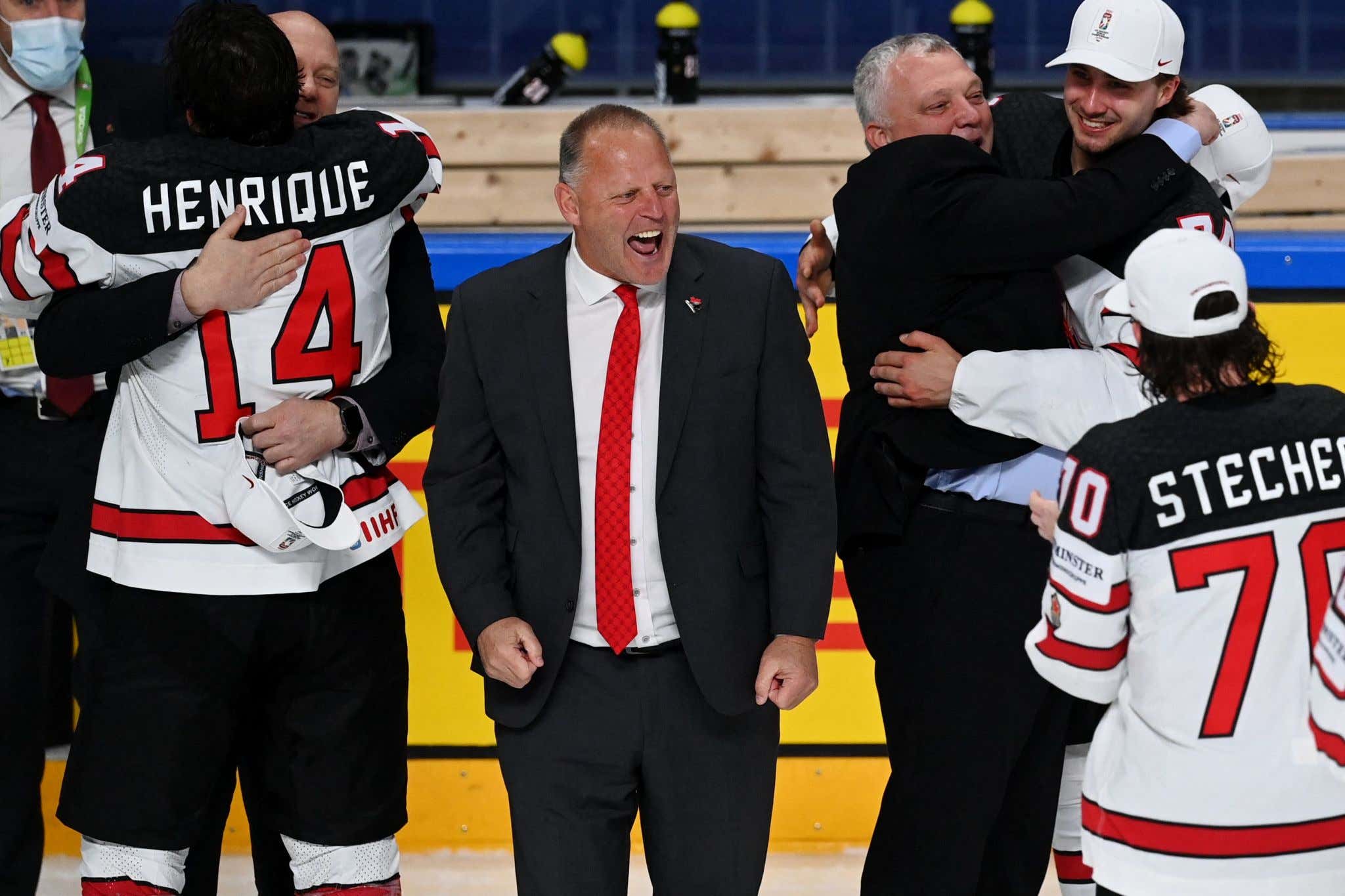 No surprise here. He was the favorite all along as I noted when they let Quinn go about a month ago - but now it's official. Fresh off of an improbable World Championship gold with Team Canada, Gerard Gallant has been named the 36th head coach of the New York Rangers. A Rangers team stacked with youth and talent across the board but in desperate need of pairing all that skill with the ability to dictate the game themselves instead of searching aimlessly for answers when the opposition turns the screws. Gallant is just what this squad needs to develop a style of play that's proactive instead of reactive.

As a player, Gallant was a pioneer of the late-80's "skilled yet tough power forward" genre. Over his short 4-year prime with Detroit he averaged 37 & 43 with 236 PIM 15 scraps. He played on all special teams, wore an A & even got minor Selke consideration. He personified "hard to play against", was a beloved teammate and had enough hockey IQ to excel in any on-ice situation. Injuries cut his career short, but that allowed him to develop that hockey mind as a coach for the last 20+ years. Feels like he's a lot older than his actual age (just 3 years older than the 54 year-old he's replacing in NY).

Gallant has an interesting resume as an NHL head coach. His teams have won 270 of 541 career games, starting with an uneventful stint in Columbus then rounding out his employers with the Panthers & Golden Knights. Strangely, he was fired in the middle of his third season every time - most recently in Vegas because of, in their GM's own words, "the feeling you have that a change might be needed". Hmm. His playoff results may have had something to do with it in his last two stops.

In 2016 his Panthers racked up over 100 points and squared off against the wild card Islanders in the first round. Florida hadn't won a playoff series in 20 years - the only team with a longer losing streak was the Isles - and they were upset in 6. It was a tough series to lose with three of their four losses coming in overtime - the last two games in double-OT. Gallant was let go after a .500 start over 22 tilts the following season & made him call his own cab to boot.

2018 was Gallant's claim to fame, coaching the expansion Golden Knights to a 1-0 series lead in the Cup Final before the Caps reeled off four straight. The following year was the ultimate heartbreaker though. They almost impossibly blew 3-1 series and a 3-0 third period Game 7 leads thanks to a brutal major penalty call that resulted in the offending refs being suspended for the rest of the playoffs and an "apology" from the league. San Jose reeled off 4 goals on that major powerplay and, even after Vegas tied it with under a minute left, advanced shortly after in OT. He was kicked to the curb for Peter DeBoer 49 games into 2019-20.

The one year with zero expectations, Gallant brought a team of "rejects" to the Stanley Cup Final. Twice in favorable situations his teams blew it. Obviously the bullshit penalty call had a lot to do with his most recent failure, but you can easily argue the series shouldn't have gotten that far in the first place. So he brings to the Rangers plenty of different postseason perspectives as well. Seems like a guy who's gone through his highs & lows, paid his dues, learned from mistakes and is now primed to make his mark as a winner. I couldn't be more excited to see him transform these baby Blueshirts into the fast-paced & hard-nosed identity he's known for.

So coach…how many years do we gotta wait for our Cup parade max??? 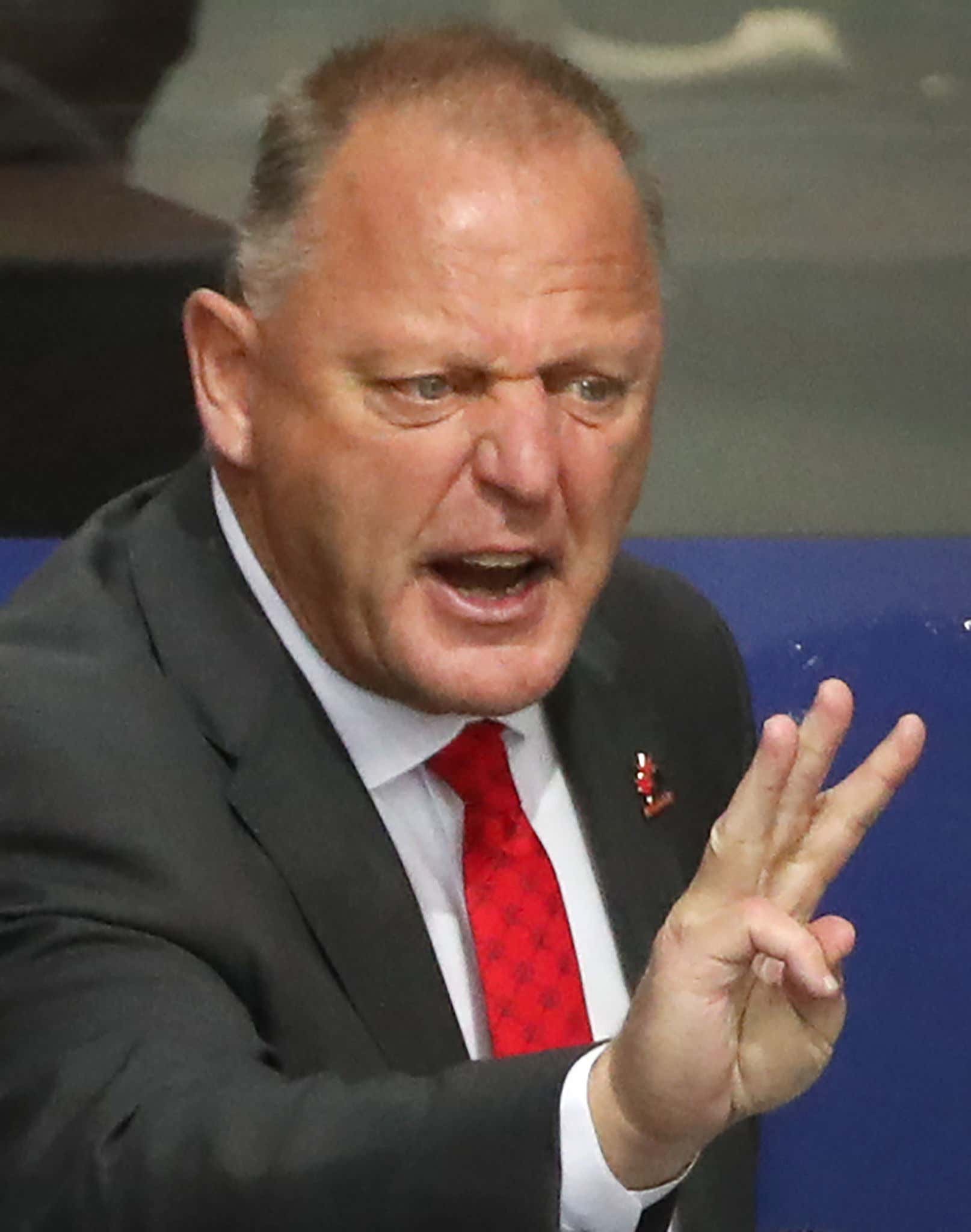 I agree coach. I agree.