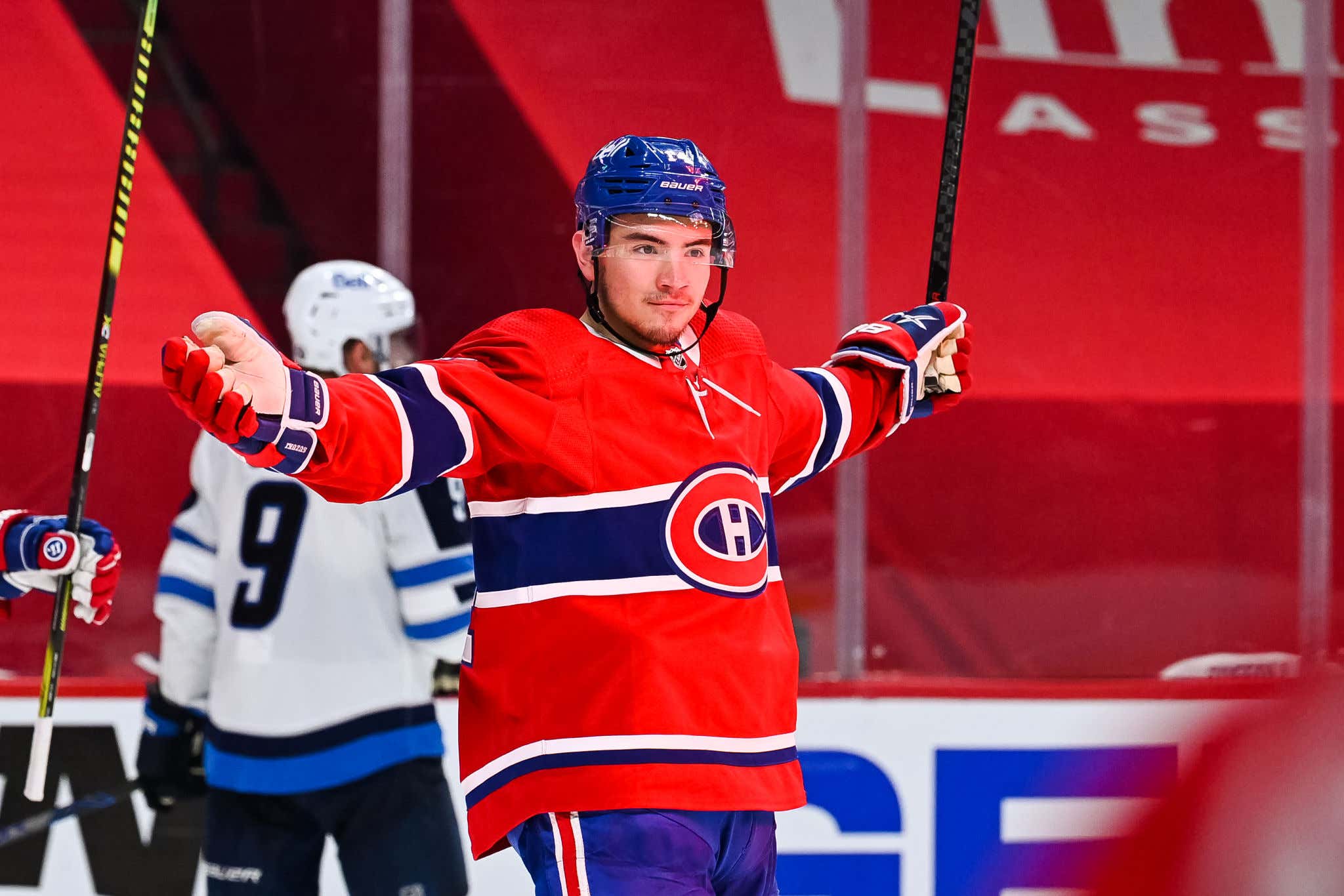 Just 2 short weeks ago the Montreal Canadiens were on the brink of elimination. Down 3-1 in their series against the Toronto Maple Leafs, game 5 went to overtime. One bounce the other way for the Leafs and the Habs would bombing some drives down the fairway right now. Instead…

20-year-old Cole Caufield plays a game of catch with 21-year-old Nick Suzuki on a 2v0 and Suzuki pots home the game winner. And from there these sick bastards have rattled off 6 straight wins. Two weeks after Suzuki from Caufield gave the Canadiens another chance at life in overtime of game 5, Suzuki from Caufield sealed the deal to give the Habs a 3-0 series lead against the Winnipeg Jets.

I mean…what is going on here? I think anybody who saw the way the Habs looked in the playoff bubble last year knew that they were a pesky team who had the ability to be a tough matchup in the playoffs. And then for the Habs to go out and add guys like Caufield and Perry and Staal and Josh Anderson to the lineup was only going to make them that much better. But to be a goal away from their season being over to now being just 1 win away from sweeping the Jets out of the 2nd round is ridiculous. Oh, and they've also scored more shorthanded goals than the amount of powerplay goals they've given up so far in the playoffs. Maniacs.

But now it looks like Canada is getting just a liiiiiittle too cocky for my liking. Just look at this shit. It's like the government is already penciling in the Habs to the Stanley Cup Final.

Uhhhh hey you goofy bagged-milk drinking bozos. This team will still have to go through Vegas or Colorado to get to the Final. So maybe ease up on the whole "approving travel exemptions for the final two rounds of the playoffs" and just focus on the next one first. Don't forget that Nick Suzuki and Cole Caufield weren't even a twinkle in their daddy's eyes the last time a Canadian team won the Cup.

But yeah. Who do these fuckers think they are? Out here rattling off 6 straight wins in the playoffs and they haven't even had to play from behind in 2 weeks.