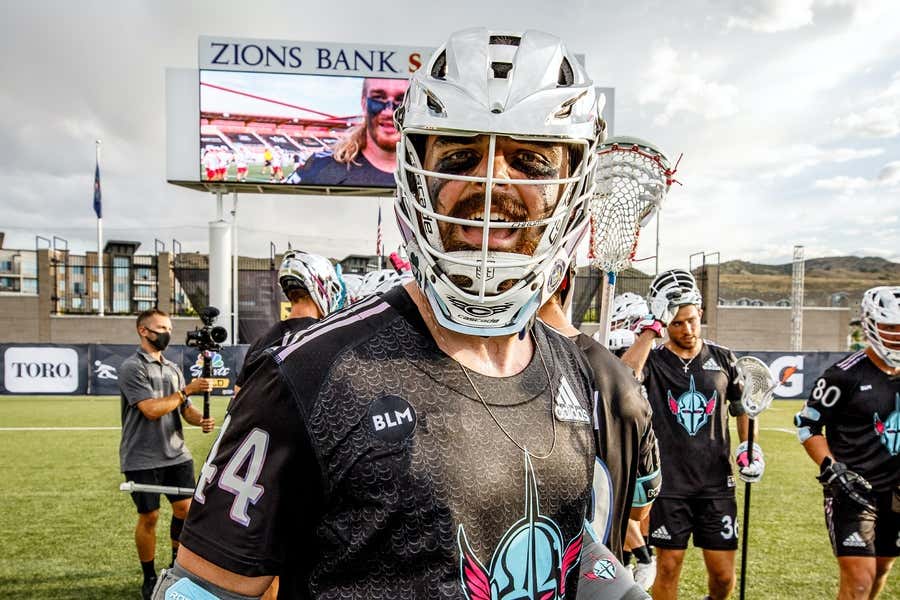 Matt Gaudet was just about to start his 2nd season in the Premier Lacrosse League when the Chrome took on the Redwoods this afternoon. But right before the game started, it was announced that Gaudet would not be suiting up. Is it because the Chrome are already loaded at attack and he was just a healthy scratch? Unfortunately…no.

Turns out there was a bit of a dust up in the hotel lobby/bar with another player in the league. As of right now, the details coming out are suuuuuper super murky. So I'm not going to speculate on anything and I literally know just as much as anybody else who wasn't actually there. But in case you guys forgot, Matt Gaudet was the player in the center of one of the greatest shit talking performances last season when the league mic'd him up for his first game against the Chaos.

Considering Austin Staats is Blaze's teammate on the Chaos, I'd imagine that the ordeal had a little something to do with this moment. But yeah, no real details coming out and don't really have much context to go off of here. No idea what started the fight, no idea how the fight actually looked while it was going down, all I know is how the fight ended up. Which was with part of Gaudet's finger being bitten off.

So here's a GRAPHIC warning. What you're about to see is a bloody, mangled finger. I'll give you a few scrolls just in case you're not ready for it.

Soooo yeah. The on-field product for the PLL was awesome this past weekend. We got a great game on Friday night between the Cannons and Redwoods. The Saturday games were a couple of ass kickings but it was still great to see the Whipsnakes prove that they are still so much better than literally any other lacrosse team on the planet. We saw Lyle Thompson go off this afternoon, and a decent game between the Chrome and Redwoods. Unfortunately the thing that people will be talking about the most is this off-field fight. Which sucks because again, it was a really great weekend for the game only to be tarnished by a couple of grown men acting like some moron kids. So we'll see how the league handles it from here. My guess is there will probably be some big time suspensions on the way.