When you think of mobsters, are you like me, and do you immediately think of bloated greasy Italian mafia bosses gathered around a table in some dimly lit restaurant in either New York or Chicago? 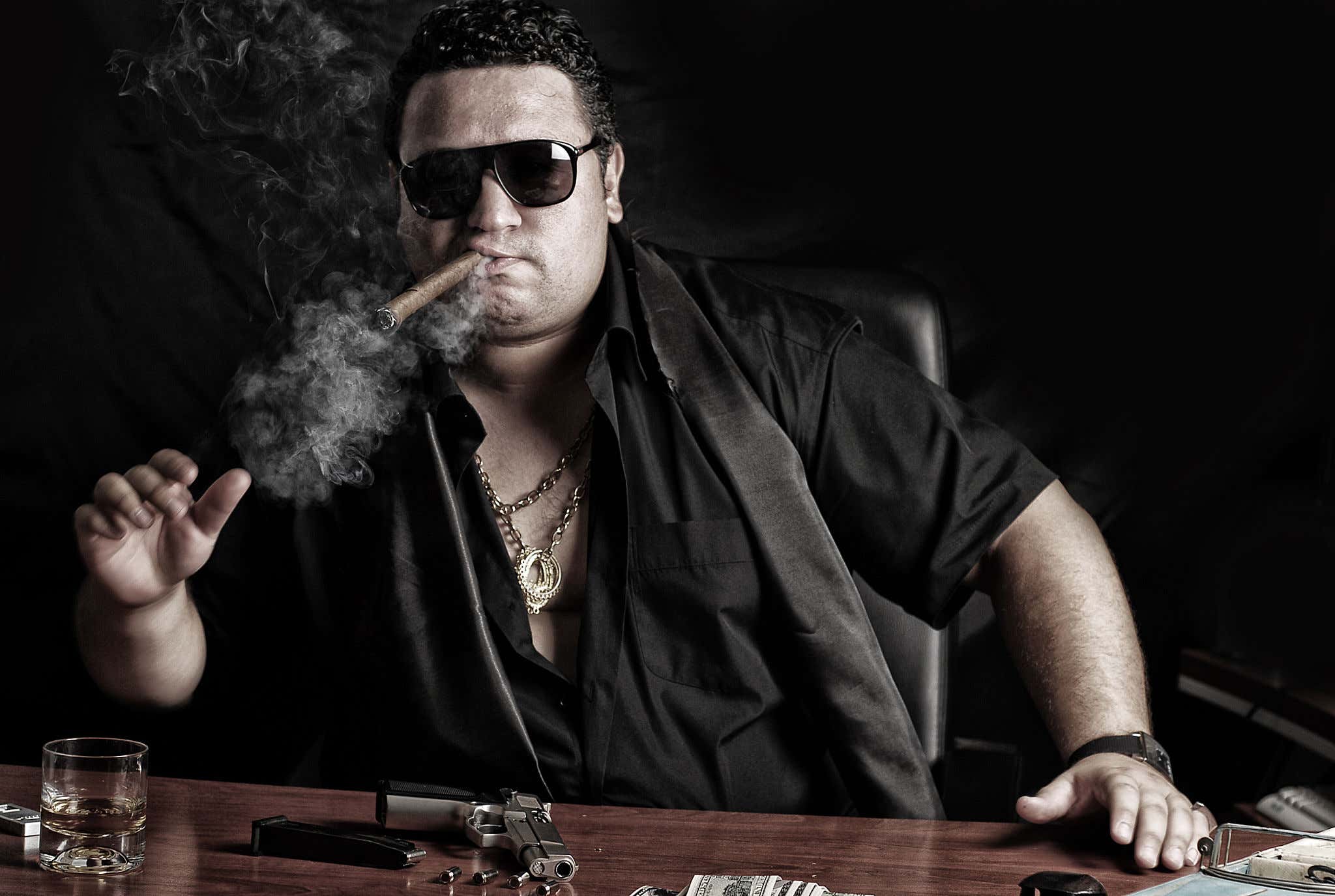 And if one of these fat lazy pieces of shit were to put a gun to your head, maybe you could expand that geographic footprint to include Boston, Miami, and Vegas?

But does New Orleans ever spring to mind when someone mentions the mob?

Certainly never has for me, but now it does.

On a couple of recommendations, I went to a restaurant called Mosca's the day we landed in Crescent City. 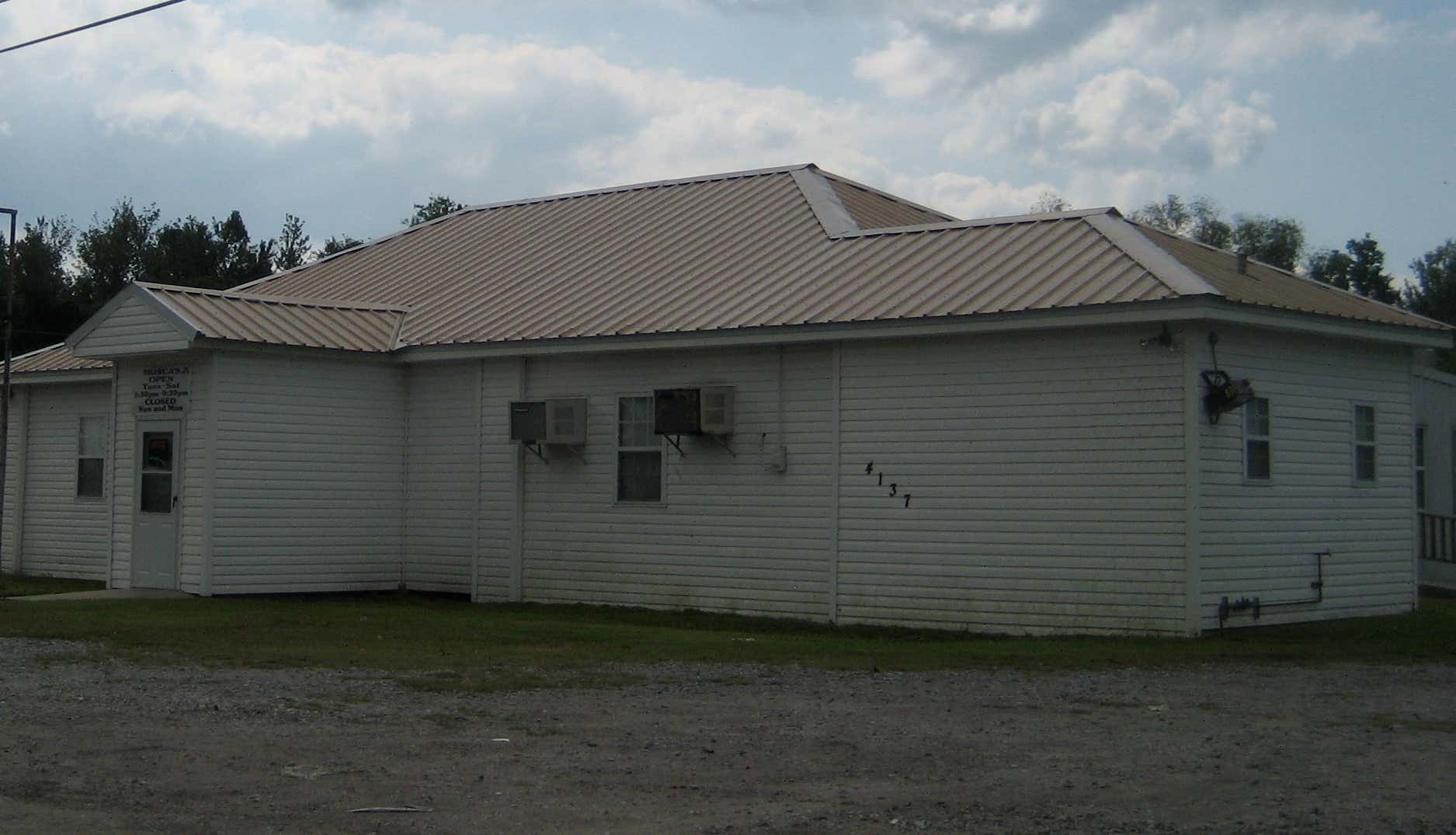 But despite the gloomy exterior, the inside of Mosca's was very old-school Italian and the staff was extremely welcoming.  Our waitress's name was Misty, and she didn't blink an eye when my wife and I ordered one of everything on their menu… An impossible feat if we were eating at the Cheesecake Factory, but a very real possibility when the menu looks like this… 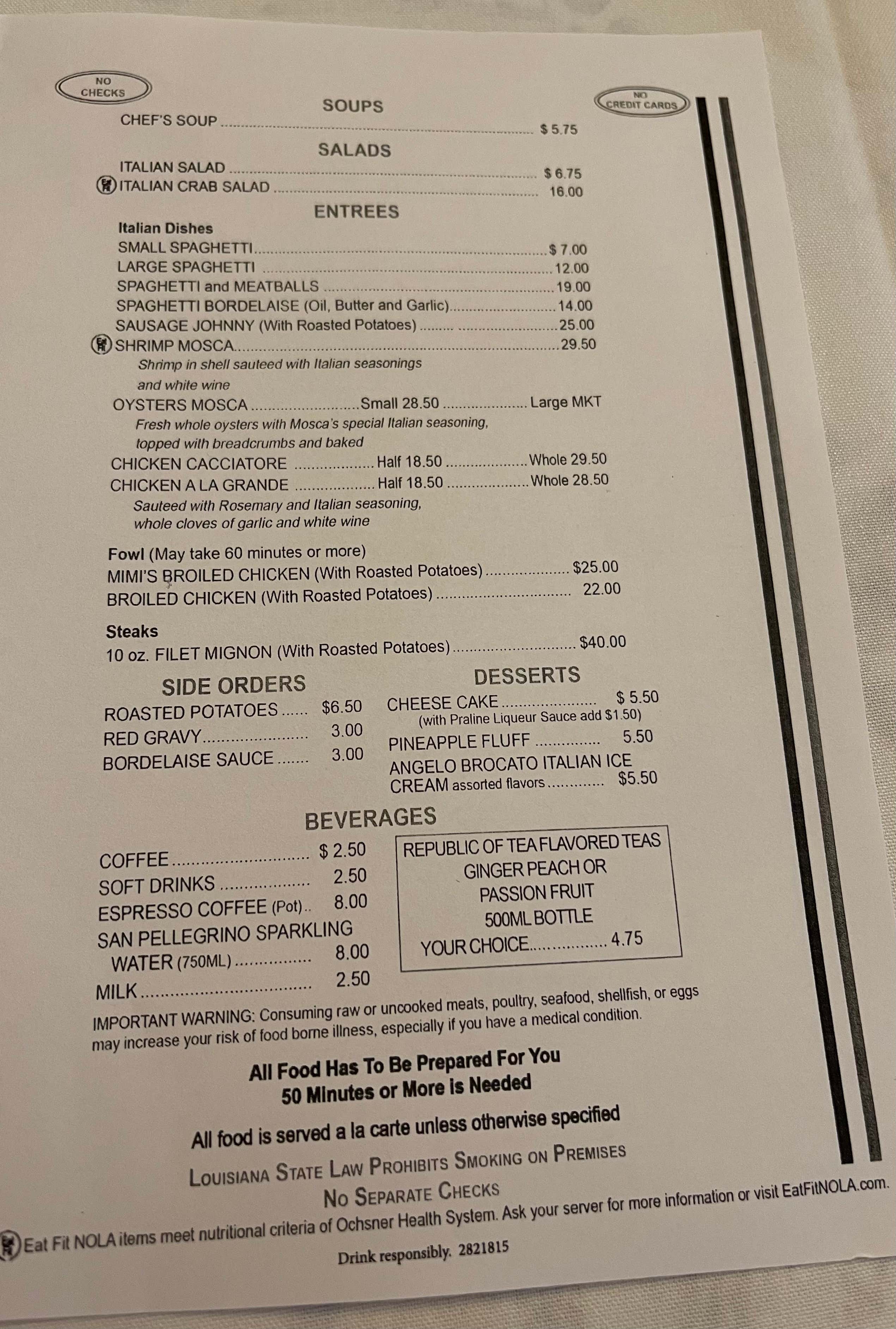 I won't get too deep into the food, but I will say that every restaurant in New Orleans essentially has the cheat code when it comes to serving up a good meal.

The Italian Crab Salad at Mosca's is nothing more than chopped iceberg lettuce and whole pieces of pickled giardiniera swimming in vinegar… Couldn't be more ordinary, BUT they finish it by simply shredding some of the sweetest crab meat you've ever tasted over the top, and this useless salad becomes a great little dish.

Oysters Mosca and Shrimp Mosca were the same stories… 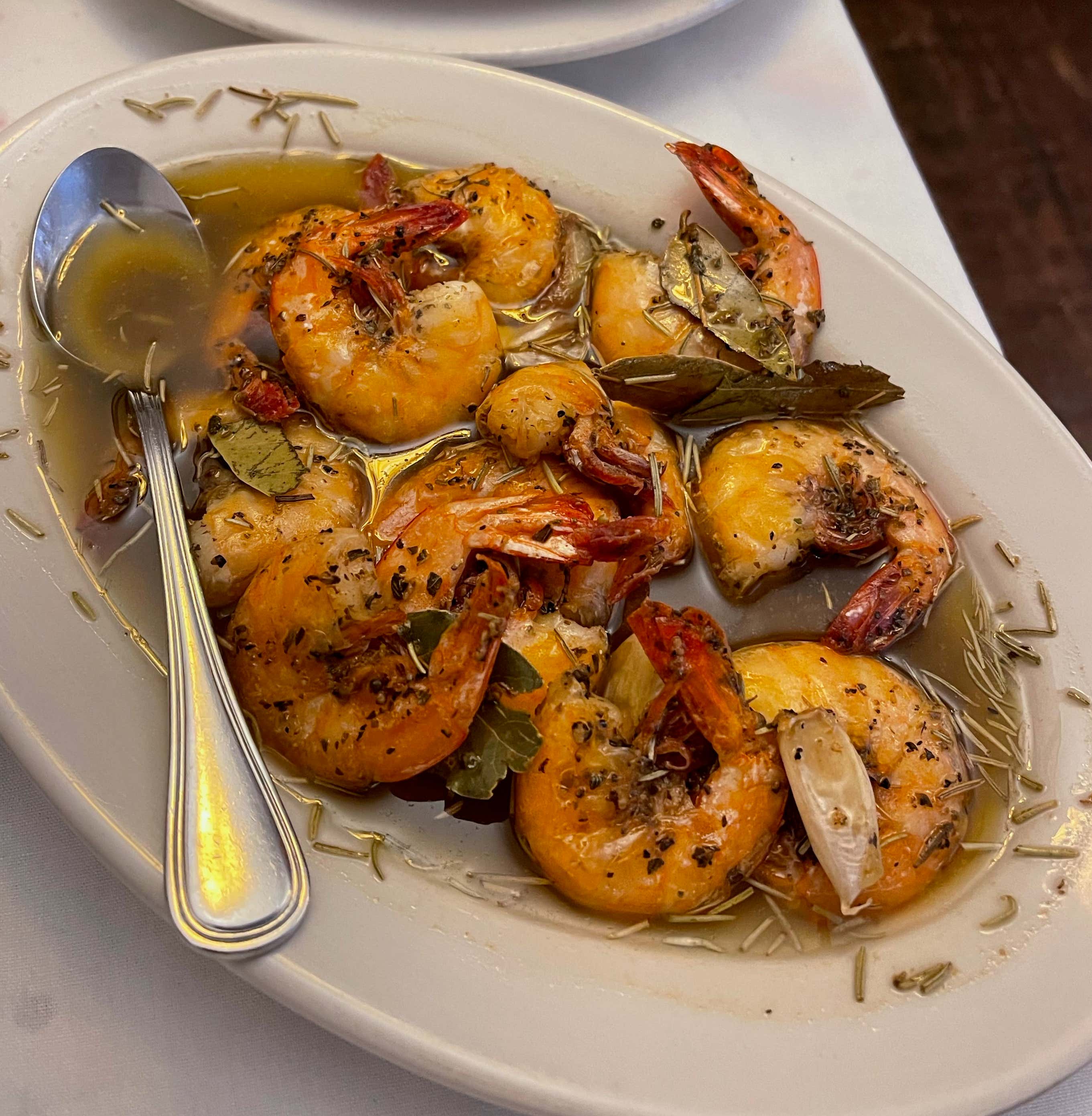 But with outstanding ingredients… 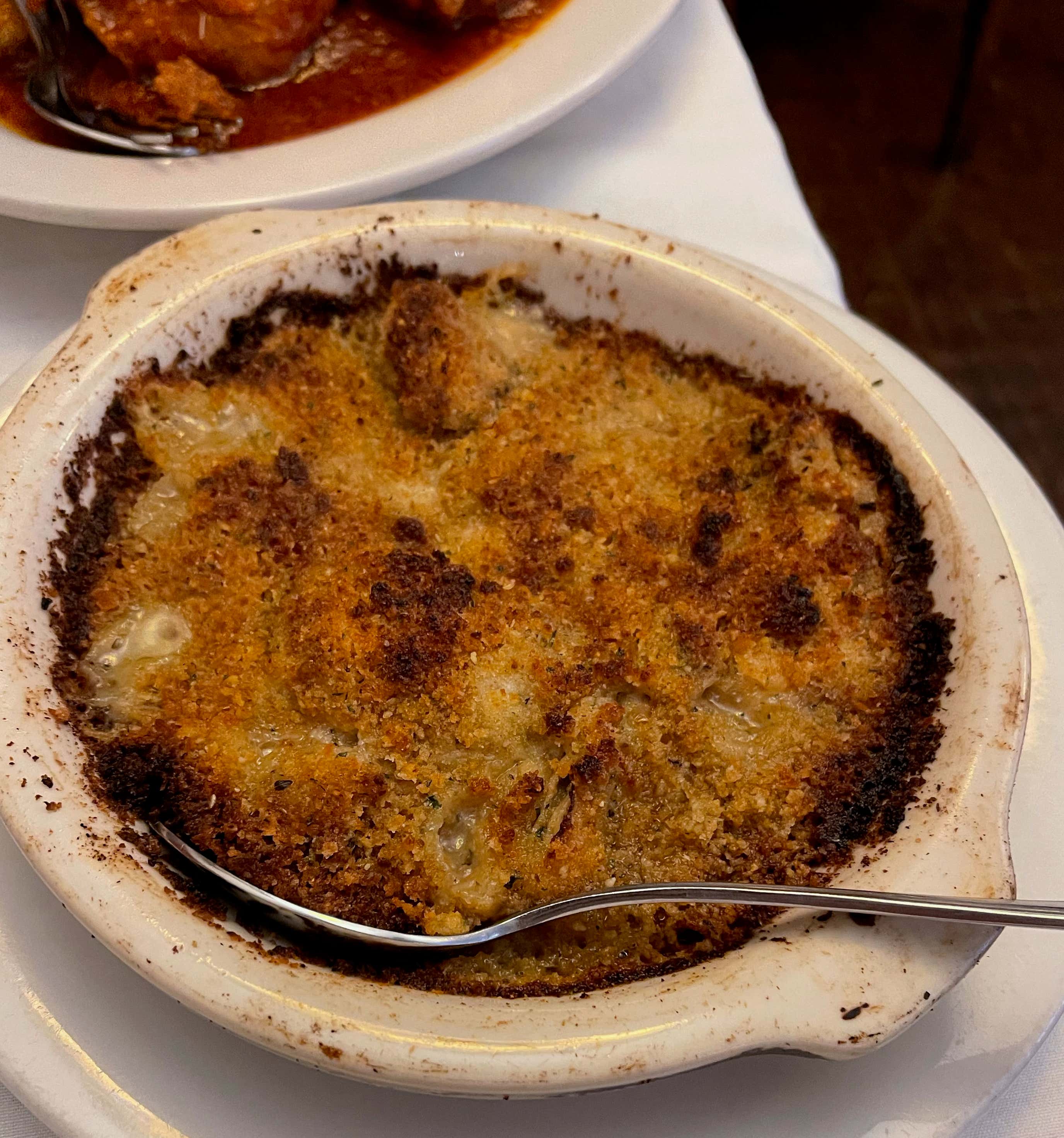 Outside of the seafood, their red sauces (or gravies, if that's your tribe) had that deep flavor and dark red tinge from cooking all day… Whether it was with their meatballs… 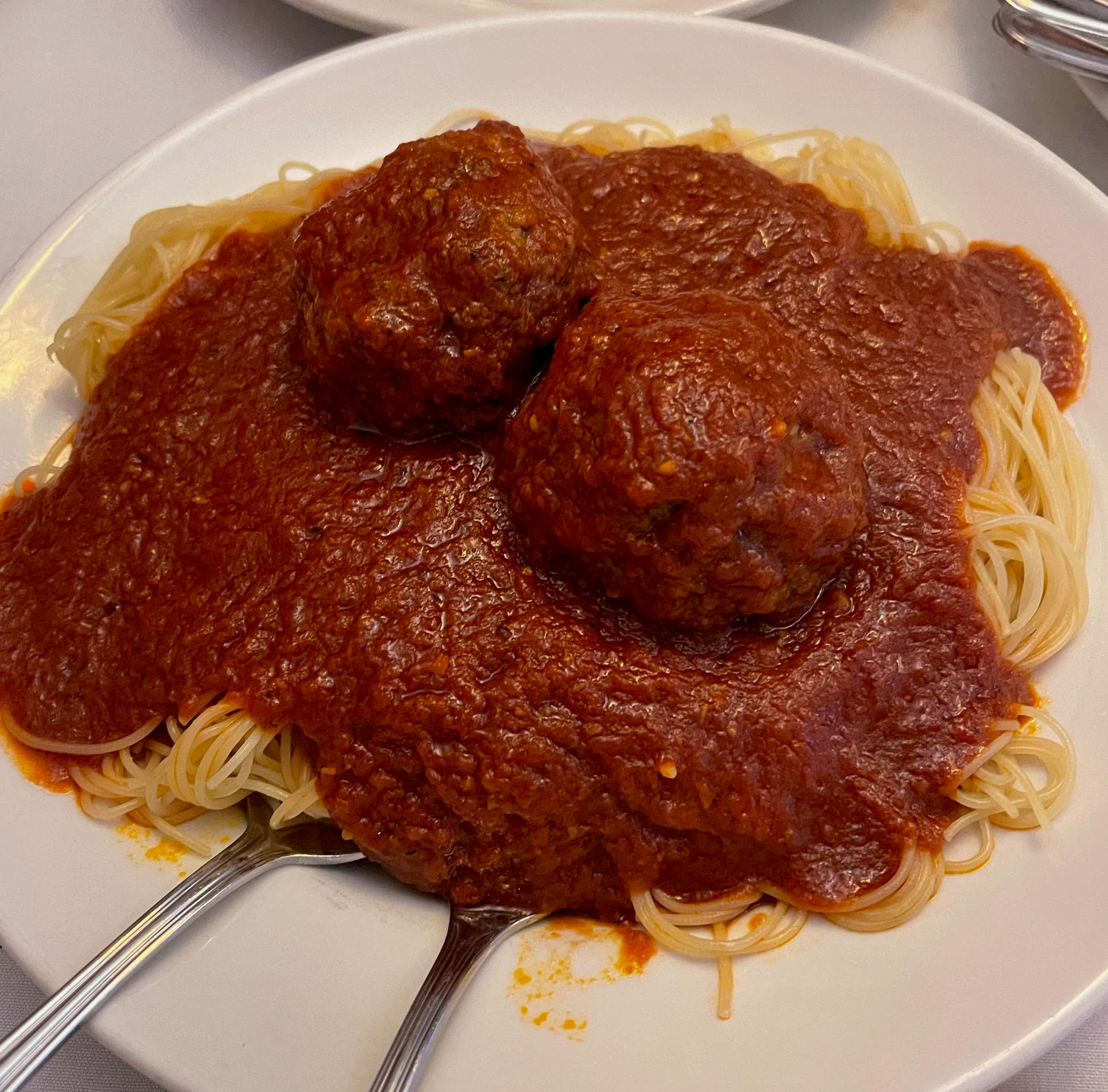 (Which were just 'Okay')

Or their Chicken Cacciatore… 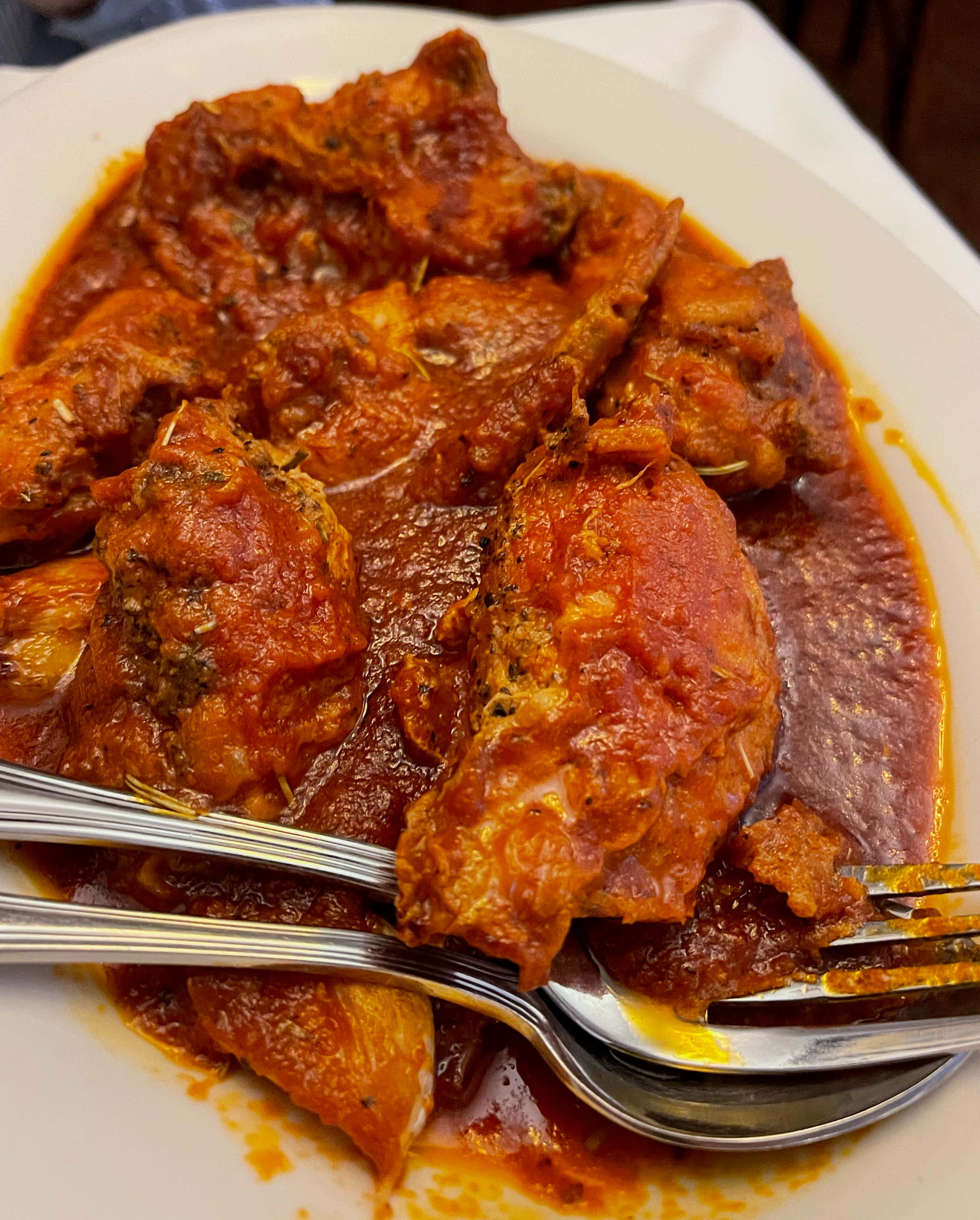 And that's all I will say about the food.

At my wife's urging, we had 3 bottles of wine… I am assuming she knew I was going to beg for hotel sex later that night, so she wanted to dull the pain… And by the end of the third bottle, I asked the waitress about the restaurant's connection to the mob.

To which Misty politely answered, "Oh sweetheart, we're not supposed to talk about that here, but you can Google it if you like."

So with Misty's blessing, I Googled the shit out of Mosca's, and here's what I got…

The name to remember here is Carlos Marcello.

By the late 1940s, Carlos Marcello had taken control of Louisiana's illegal gambling network. He had also joined forces with Genovese crime family associate Meyer Lansky in order to skim money from some of the most important casinos in the New Orleans area shortly after becoming associated with the Todaro family through marriage.

Marcello was also assigned a cut of the money skimmed from Las Vegas casinos, in exchange for providing "muscle" in Florida real estate deals. By 1947, Carlos had been selected as "The Godfather" of the New Orleans Mafia, by the family's capos and with the approval of The Commission after a series of narcotics arrests led to the deportation of his predecessor, Sylvestro Carolla, to Sicily.

Carlos had established his headquarters in an old barn he had converted into a bar and restaurant that came to be known as Willswood Tavern.

He would hold court there every Sunday, meeting up with the men who ran his empire. He owned 6400 acres of swampland that spread away from the inn with a shitload of murky bayous that his crew used to hide bodies.

After business, he would entertain his people on a lavish scale.

Eventually, Marcello imported a chef from Chicago to run this barn/restaurant, an ex-convict who at one time was the personal cook of Al Capone… His name was Provino Mosca and his Italian cooking became legendary in the area.

Carlos built a small house near the tavern for the chef and his wife and three children, and when it was time to move his head office elsewhere, sometime around 1951, Carlos left the tavern for Mosca to continue operating.

And the family has been operating it (mob-free) for the last 60 years.

But why wouldn't Misty just tell me that?

I think it's a pretty charming story, and the mob ties seem sufficiently cut through the passage of time.

Then I read a little more about Carlos Marcello.

On March 24, 1959, Marcello appeared before the United States Senate's McClellan Committee investigating organized crime.  Serving as Chief Counsel to the committee was Robert F. Kennedy.  His brother, Senator John F. Kennedy, was also a member of the committee.

In response to committee questioning, Marcello invoked the Fifth Amendment and refused to answer any questions relating to his background, activities, and associates.

From then on, Marcello became an avowed enemy of the Kennedys AND, along with Florida Mafia Boss Santo Trafficante, Jr. and Chicago Mafia Boss Sam Giancana, Carlos allegedly masterminded the assassination of eventual U.S. President John F. Kennedy in retaliation for the federal prosecution that threatened their multi-billion dollar international organized crime empires.

In September 1962, Marcello told private investigator Edwin Nicholas Becker that, "A dog will continue to bite you if you cut off its tail…," (meaning Attorney General Robert Kennedy.), "…whereas if you cut off the dog's head…," (meaning President Kennedy), "… it would cease to cause trouble".

Becker reported that Marcello, "clearly stated that he was going to arrange to have President Kennedy killed in some way".

Marcello told another informant that he would need to take out "insurance" for the assassination by, "…. setting up some nut to take the fall for the job, just like they do in Sicily".

And by coincidence, just before Kennedy was assassinated on November 22, 1963, Dallas nightclub owner Jack Ruby made contact with Marcello and Trafficante about a labor problem he was having with the American Guild of Variety Artists.

On top of that, Marcello, along with multiple corrupt CIA Agents, Giancana, and Trafficante masterminded several attempts to assassinate Cuban dictator Fidel Castro AND Marcello was also one of the many mob bosses that ordered Jimmy Hoffa's assassination.

SO where it might be adorable to tell stories about an uncle that used to run numbers for that worthless piece of shit, John Gotti, it's entirely different to brag about ties to a man involved with some of the most notorious assassinations (attempted or otherwise) of the 20th century.

Therefore, I will say that if you're ever in New Orleans with a hankering for Italian food, give Mosca's a try… But make sure you bring cash (credit cards are not accepted) and leave your curiosity about the mob at home.

I have been astounded at the amount of weird history this city has to offer beyond all the voodoo bullshit and floods, so this week's installment of Twisted will be the Twisted History of New Orleans and Mintz is going to make an appearance… Drops Wednesday night.