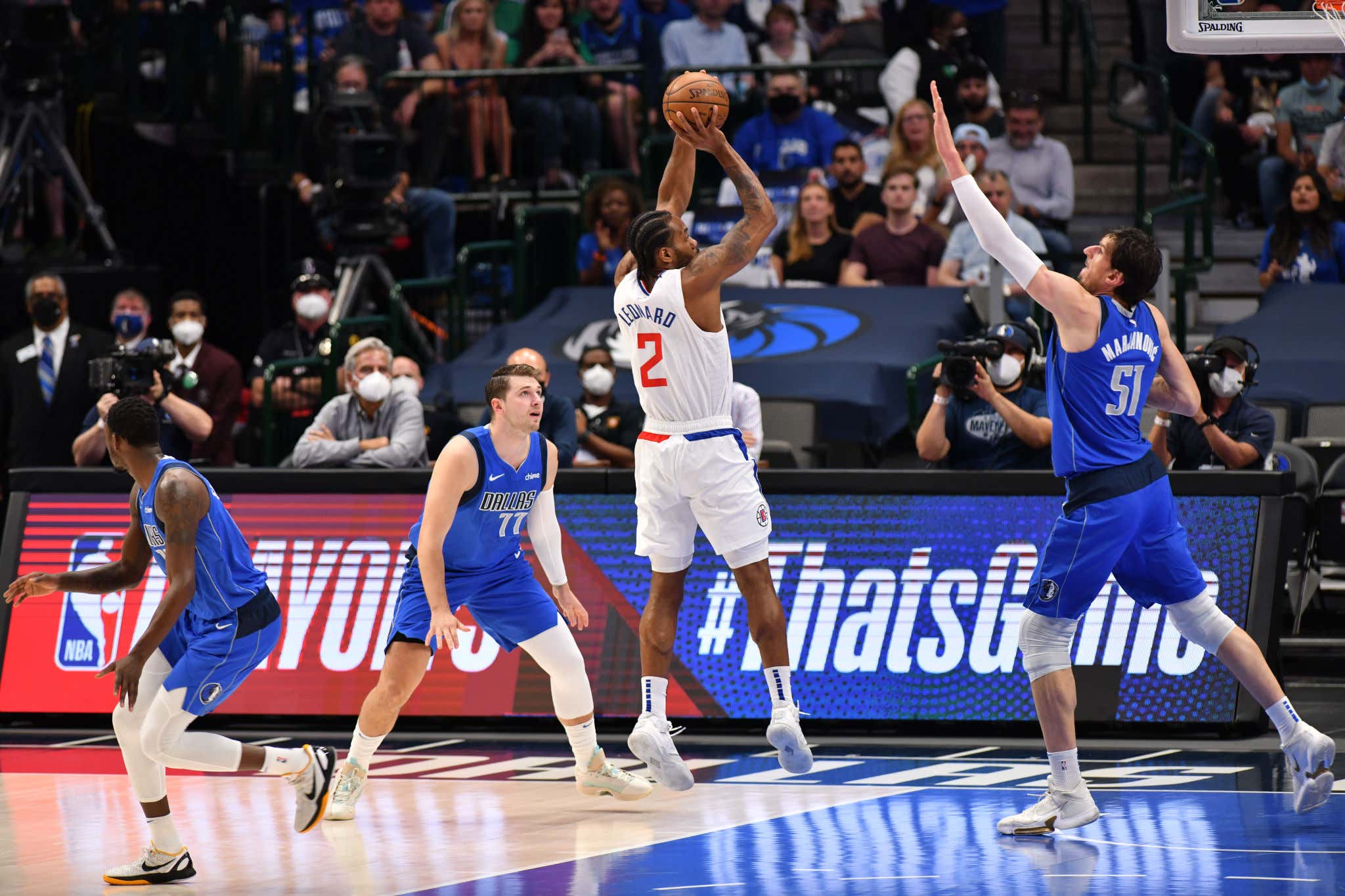 Our prayers have been answered. Earlier today I begged the Basketball Gods to reward us with at least one Game 7 in this opening round. It's basically happened every season since 2003. It all came down to the Clippers and Mavs. Two teams that absolutely refuse to win on their home floor

You try making sense of that. We've never seen this in the history of the NBA. I'm not sure that's the best sign for the Clippers returning to Staples. There are going to be a lot of salty Lakers fan ushers that are ready to give that team hell. The thing is, if Kawhi Leonard is going to get back to being a basketball terminator then I'm not sure it matters where these teams play

The shot making down the stretch was simply incredible. Stone cold killer. One of the best two way playoff performances you'll ever see and it couldn't have come at a better time. This series has followed a pretty simple trend. When Kawhi is the best player on the floor, the Clippers win. What that player is Luka, the Mavs win. Tonight it was Kawhi, so we are all thankfully blessed with a Game 7.

The Clippers ability to defend Luka was much improved, the way they switched, played in the P&R, they did as well as you humanly can and it resulted in an 11-24 night. Porzingis didn't do dick per usual, and once things got to the fourth quarter the Mavs jsut couldn't buy a bucket. Great ball movement led to wide open looks from their best players, and nothing fell. That's rough. Especially when the game had been so close. We were tied 6 times and had 19 lead changes. To suddenly go cold right at the end within the last 5 minutes, especially at home, you have to hope this doesn't come back to bite the Mavs.

Which is the beauty of Game 7. Anything can happen. It's just as likely that Luka walks into that building, is the best player on the floor and the Mavs advance. We've already seen it this series. Now we have a situation where the whole future of the Clippers organization could come down to how one singular game goes. That's fucking nuts. One random dude gets hot from three in his 15 minutes off the bench and your season is over. There's nothing like it.

It's not often your prayers get answered, but this is one that I am happy did.