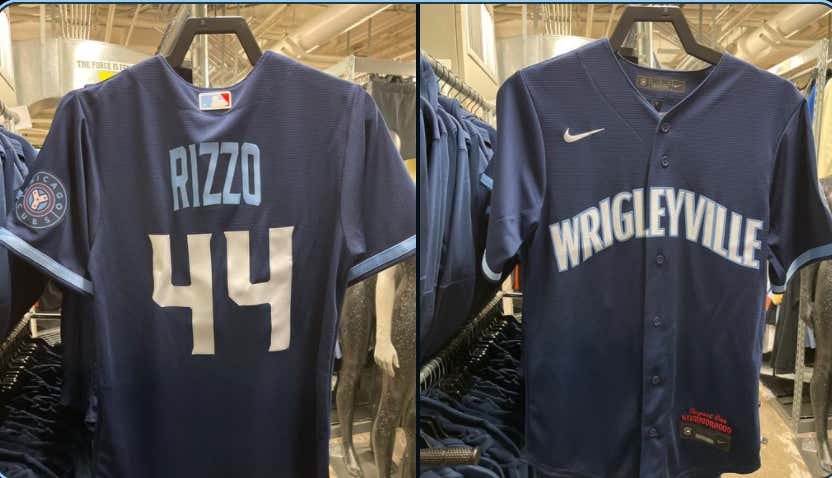 Couple observations as we get ready for another 8:45pm baseball game.

- The Y in the logo does not stand for Yabo but that's actually a very good angle if they wanted to back into it. Truth be told it's got something to do with the original logo. I think it represents the river or some shit, literally. We launched one of those shirts with Barstool Chicago 2.0 and I honestly think we moved like 6 units. FYI one unit = one t-shirt. Not a zillion. That's a one-to-one term and I actually mean 6 total units. So from personal experience I find this surprising.

- I actually think the designers believed "Wrigleyville" was enough creativity so long as it's paired with a WORDART font. Not even bush league enough to say it was rushed. More like Take Your Kid To Work Day but the kid actually does the parent's job. That's the vibe I get from this uniform.

- Piping is nice. People forget about good piping. I like that.

- I can't find enough energy to complain about these. End of the day it's just a uniform. Sure it could be cooler but same time this team could be a lot worse. MLB isn't at the point where they do these things well, at all. So I find it imprudent to take a stand that they suck. Of course they suck. It's Major League Baseball. They hit .300 at all levels including promotions. Nothing changes so take a deep breath and have a cold one.

- The Cubs haven't lost back to back games in over 3 weeks. You can't imagine that they would release these jerseys then break that streak up in the same 24 hour period. To me that's just too much bad juju and this 2021 Cubs team has proved impervious that that.

- Arrieta pitching tonight against the Giants. He likes that ballpark and even more is I like him to force a rubber match. If nothing else, it's one of those days where you know Kris Bryant is due.