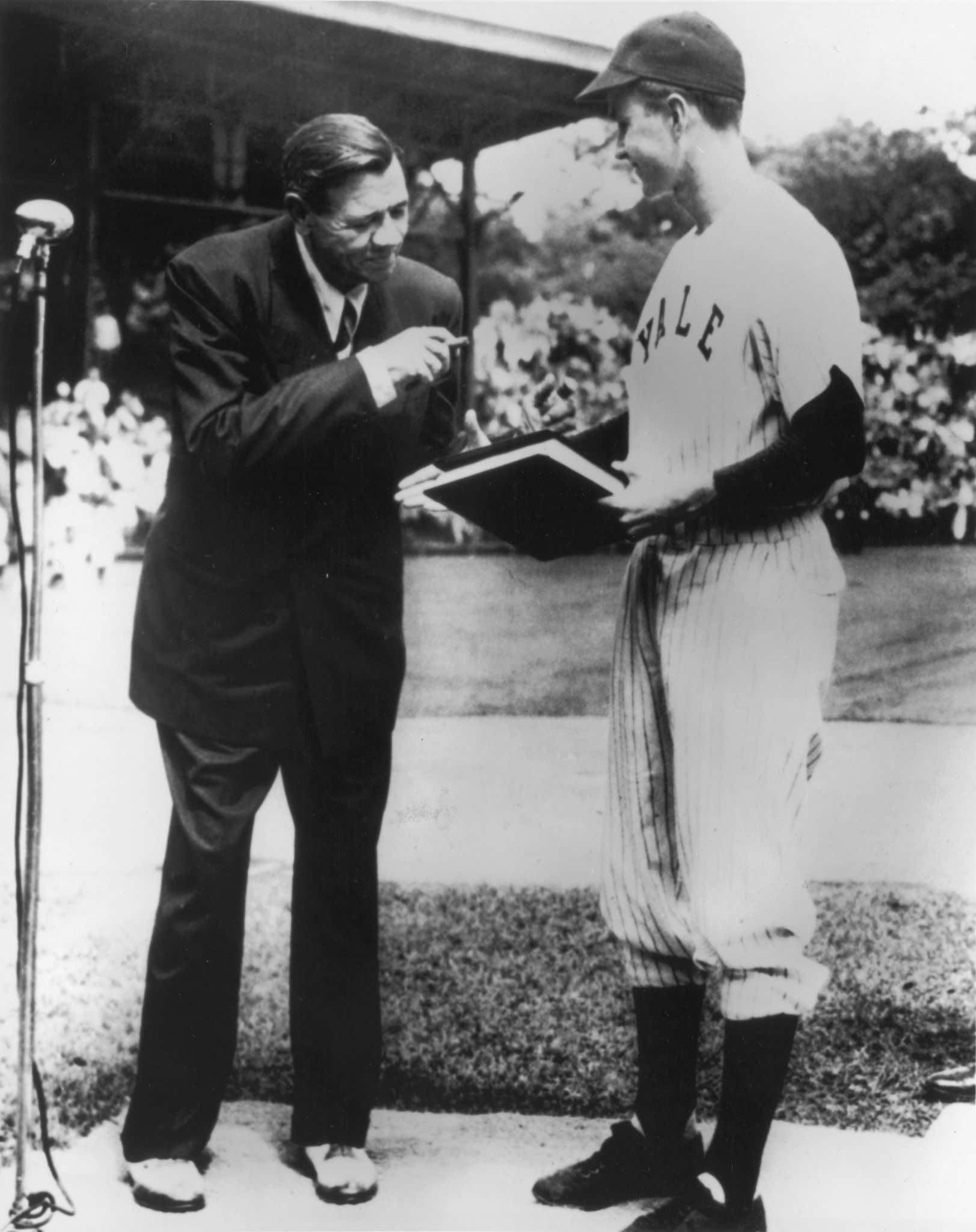 Hardly appearing like the Sultan of Swat, Babe Ruth, ravaged by cancer, donates an original manuscript of his autobiography to the Yale University Baseball team. Receiving the manuscript is the Bulldogs' first baseman and Captain George Bush, the future President of the United States. Ruth, who had been suffering the effects of throat cancer, was thin and frail and had trouble talking. He would pass away two months later.

After serving in the Navy during World War II, where he earned the distinguished flying cross, George H.W. Bush followed a family tradition and attended Yale. Before his military service, Bush was a solid baseball player who idolized Lou Gehrig of the New York Yankees. A lanky left-handed first baseman, George Bush was nicknamed “Poppy” by his younger teammates, who chose to make him the team captain. The Bulldogs played in the first College World Series in 1947, losing two straight games to the University of California.

Yale was once again one of the top colligate teams in 1948 when Babe Ruth donated to the University. The picture of Ruth presenting the Yale captain with the book was a mere press picture in 1948 that would become legendary when Bush was elected as the 41st President of the United States four decades later. Yale would go on to play in the College World Series again in 1948 and once again came up short as they lost were beaten 2-1 in a best-of-three series by USC.

The appearance of Babe Ruth at Yale Field was one of his last public appearances, as he lost his two-year battle with cancer two months later on August 16tt at the age of 53.