Real quick here while I'm in the midst of locking down business deals coast to coast and winning some more snake drafts - I got this text about an hour ago: 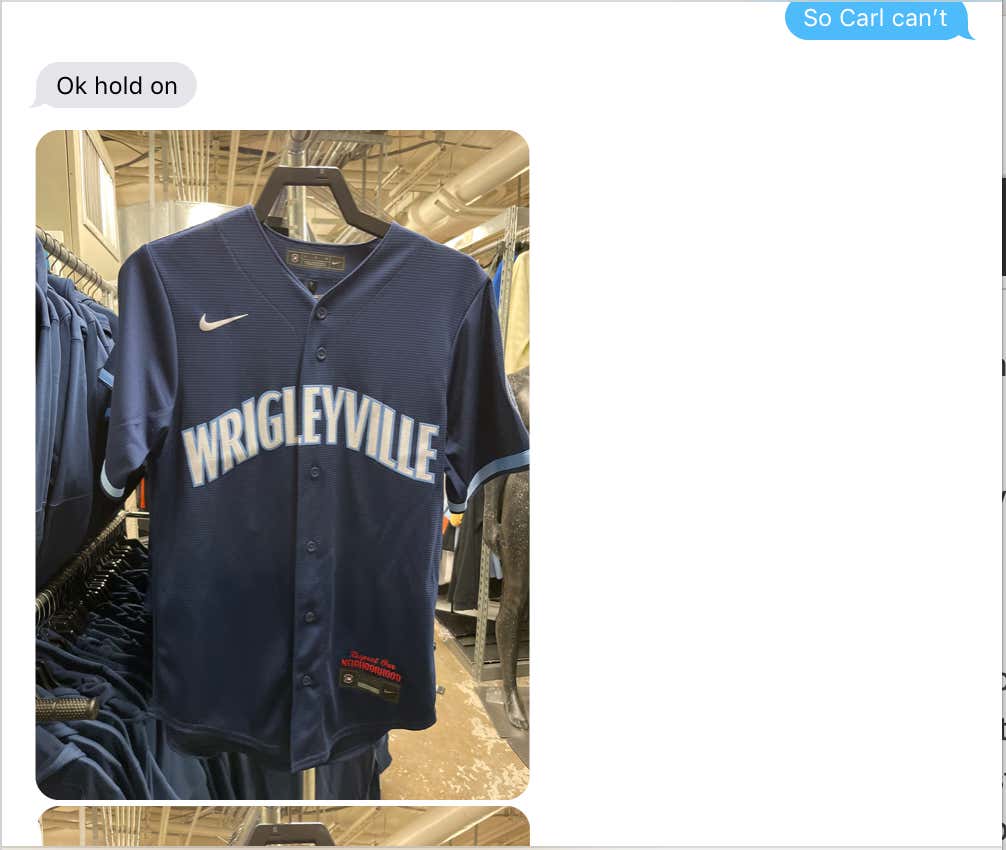 That's all there is to it. That friends, is investigative journalism at its finest. The jerseys? Yeah they're not fine. They're bland as fuck. I'm not even comparing them to the Sox City Connect uniforms either, which have received awesome fanfare. I'm just saying like yo… wtf Cubs. Have some fun with these. They're just so… blah. Some people on Twitter are screaming at the clouds as if they're the worst uniforms of all time, which I disagree with, but they could have swung for the fence wayyyyy harder than they did.

In the end it's whatever. This is basically just a blog for me to tell the people that I don't just stick to White Sox scoops and that my scoop game knows no bounds. Sort of like Ed pushing his communist agenda. Sickening. Also I'm rating this blog a 1.3 on a pizza scale and I only am giving myself that score because I had a legit scoop.