This is Lance Lynn. Lance Lynn has had an excellent MLB career:

I knew Lynn was a very good pitcher and has been for 10+ years. What I didn't know is that Lance Lynn is a complete cock sucking asshole. Just such a dickhead in every way imaginable and I mean that in the BEST possible way. I don't give out compliments unless a compliment is earned, and this is as complimentary as I can be about a baseball player. Lynn will even tell you that himself. Listen to the video below:

This asshole has been an absolute godsend for the White Sox, both on and off the field. On the field, he's got the most fuck you attitude of any player the White Sox have had in forever. Here's another video to prove my point:

I'm not a professional lip reader, but I'm pretty sure Lynn called Galvis a "fucking slap dick motherfucker" after ringing him up there…. and he didn't just mutter it to himself, he screamed it at the top of his lungs and towards the fanbs as he was walking off the field. That's the kinda shit that will get anyone with a tie to the team - be it a player, a coach, or a fan - fired up.

But the best part is Lynn just oozes White Sox. This tweet went "viral" in White Sox Twitter after Lynn pitched a complete game shut out in his first start at Sox Park this year:

Nailed it. Best part is is that every single Sox fan agreed. Lynn looks like he grew up getting shitfaced in garages with his boys from Brother Rice talking about how he wants to cave that cuntbag Carl's face in for being a Rita grad. But besides being overweight, sweaty and out of shape like most Sox fans, he's fucking awesome at throwing baseballs. AWESOME. The White Sox have 3 guys who could start game 1 of a playoff series right now, and not one person would be pissed if that were Lance Lynn. He's been that good and he will continue to be that good.

His "fuck you" attitude translates to a "fuck you" plan of attack when he's pitching, too. Here are the league leaders for fastball usage across starters in all of MLB, per Baseball Savant: 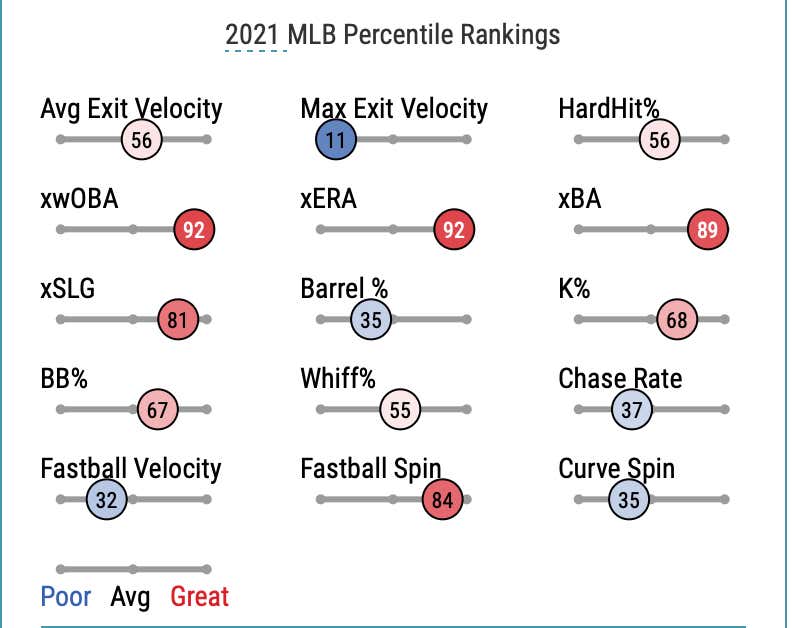 And it's rubbing off on his teammates too. Dylan Cease has always had great shit, but his command of said shit was horrific. This year we've seen vast improvements out of him and it's because he's not thinking as much - apparently Lynn pulled him aside and said, "dude you're thinking too much. Trust your shit and attack hitters instead of dancing around trying to nibble corners" and it has worked wonders.

The one caveat with Lynn is that he's a free agent after this season. With Kopech emerging, Keuchel regressing, and Rodon turning into a freak, the White Sox are going to have a LOT of tough decisions to make this offseason, but we all want Lance Lynn to retire a as a member of the White Sox. He's 34 now but still hucking 95 with command and showing no signs of slowing down. More mass, more gas, as they say. There's no reason they can't lock him up for the rest of his baseball life and there's not a person on earth who doesn't want him in a Sox uniform until the day he calls it quits. Hopefully Reinsdorf agrees. A rotation of Gio, Lynn, Rodon, Kopech, Keuchel and perhaps Crochet is as good as it gets in today's game.