Ok now we're making moves. I feel like since day 1 of me writing on the internet we've been promised basically everything short of time travel and teleportation when it comes to new ways to travel. If I have to read one more article about high speed rail I'm going to jump out of a 2nd floor window. Just 2nd floor though, nothing too drastic. Probably will break a couple bones, but overall should be fine. So my point is I'm sort of tired of all these promises about cutting travel time in half and nothing coming from it. And don't get me started on self-driving cars. It's just every day we hear something about Google self-driving cars and I'll tell you what, I've never seen one. Not a one. So I say all that to say, you better not let us down, United Airlines: 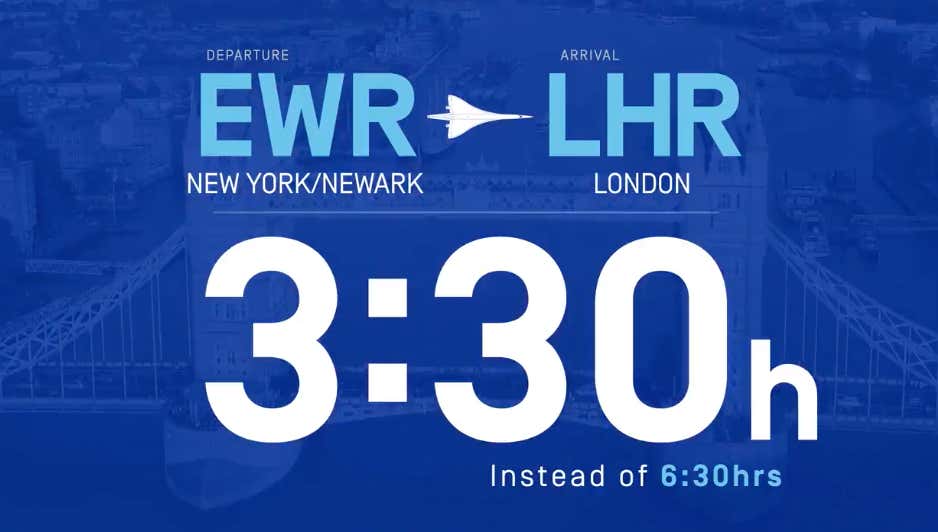 Points Guy - United Airlines said on Thursday that it had signed a deal with Boom Supersonic, a startup working to develop the first supersonic commercial jet since the Concorde, to purchase up to 50 of the company’s planned passenger jet.

Under the deal, United would purchase 15 of Boom’s Overture jet, which the startup plans to enter into commercial service in 2029, with the option for up to 35 more.

Boom has insisted that it can make supersonic flight practical for the current airline market and more affordable for passengers.

I don't know why I need to cut 3 hours off my NYC to London flight, but I crave it. I've never wanted to fly faster than the speed of sound in my life. And also, more realistically, let me chop 3 hours off NYC to Vegas. If we can get that flight in 2, 2.5 hours, what a fucking life saver. There is nothing worse than the flight to Vegas and seeing on the map that you're going over Denver and thinking you're basically there, and then there's another 2 hours. It's the worrrrssttttttt.

So, I say it again, don't let me down United Airlines. Let's get this supersonic shit going. It says they won't start "commercial service" until 2029, which is basically 3 lifetimes from now, but I'm counting down the days.

And for the love of god, someone make us high speed rail. Jesus.