I was in the middle of designing a 'Talladega Nights' shirt when I had a thought. Will Ferrell has been in so many iconic comedies and is basically the face of the genre for my microgeneration or whatever you wana call it. And while Talladega Nights is a hilarious movie, where does it actually stand among his best comedic performances?

This is where I have the movie among  filmography on MovieRankings.Net (Not indicative of performance, but a good start). 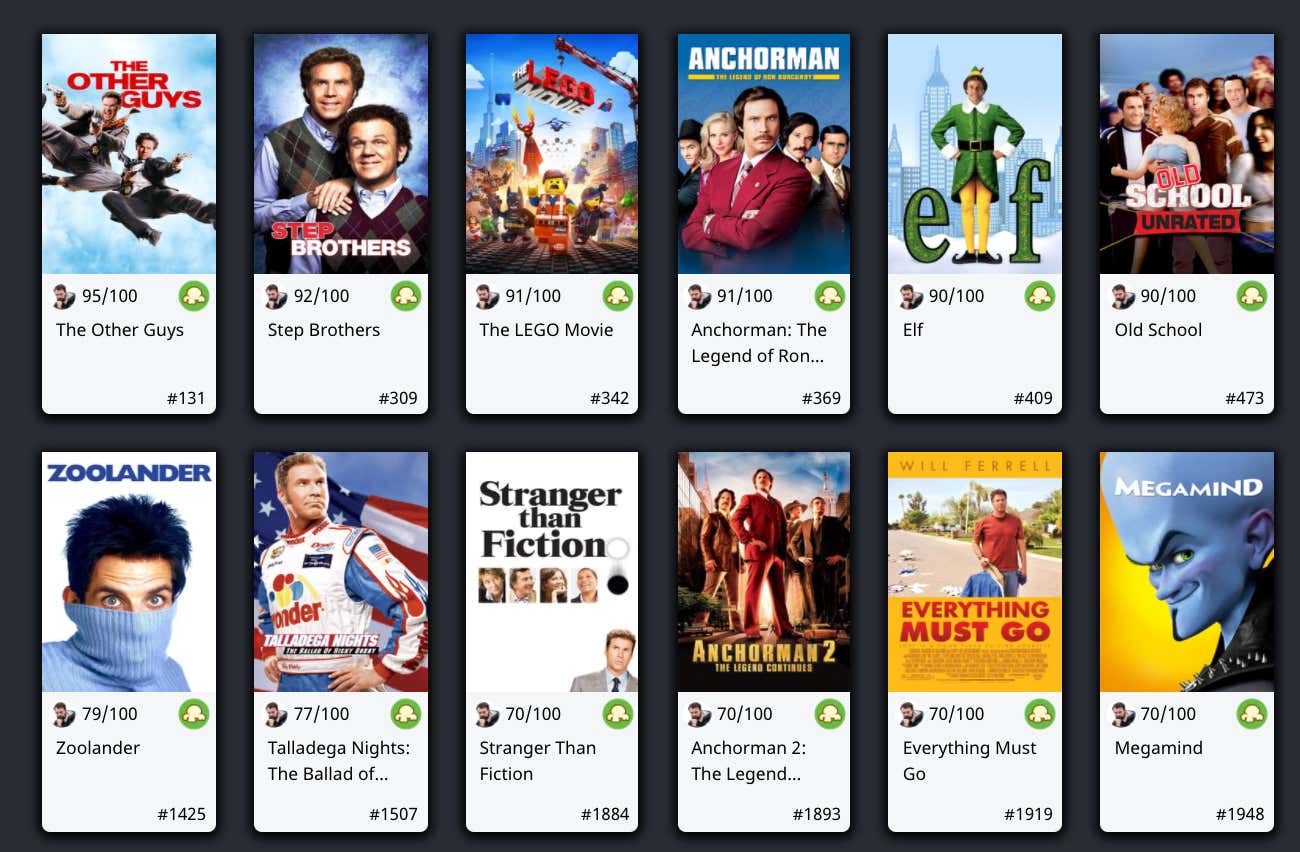 'The Other Guys' and 'Step Brothers' are 2 of my favorite comedies ever and his performances in both are what make the movie. So there is my easy #1 and #2 for him. I'm not going to count the LEGO movie because that sort of violates the spirit of this. Ron Burgundy is another performance where he makes the movie, so there goes #3. 'Elf' is one of the best Christmas movies ever and, again, Ferrell makes that movie.

So we are down to #5 which is a three way between Frank the Tank, Mugatu, and Ricky Bobby. I love 'Old School', but I don't think Ferrell is the reason it is funny. So let's take that off the board and leave it between 'Zoolander' and 'Talladega Nights' for the coveted #5 spot. Ricky Bobby is obviously a way bigger role than Mugatu, but which one is better pound-for-pound? Personally, I have to go with Mugatu. Almost every line he has in Zoolander gets a laugh from me, leaving the character of Mugatu among my favorite comedy villains like Dr. Evil, White Goodman and Shooter McGavin.

If you, like me, are a fan of Ricky Bobby, Talladega Nights, retro NASCAR or all of the above, I designed this shirt JUST for you! 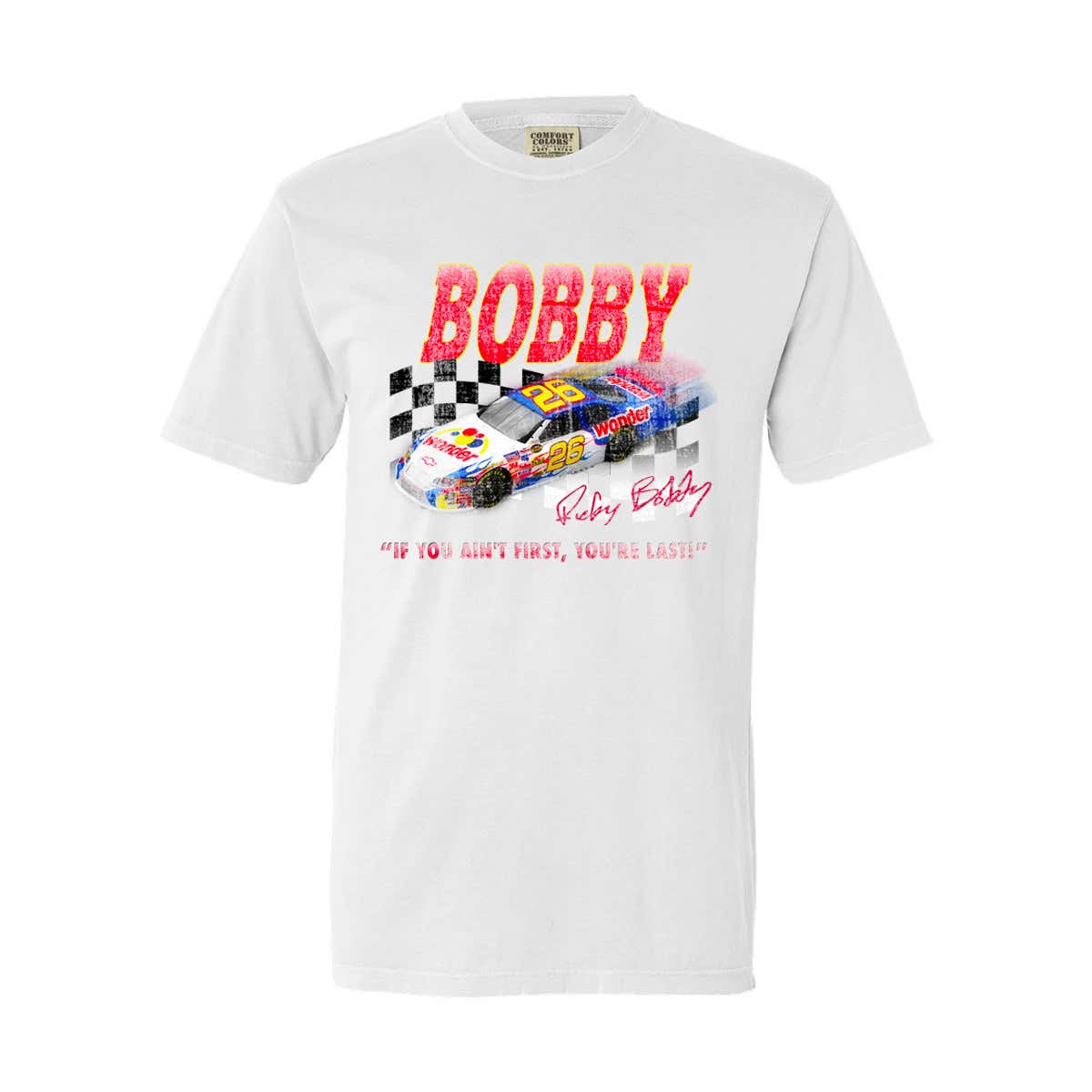 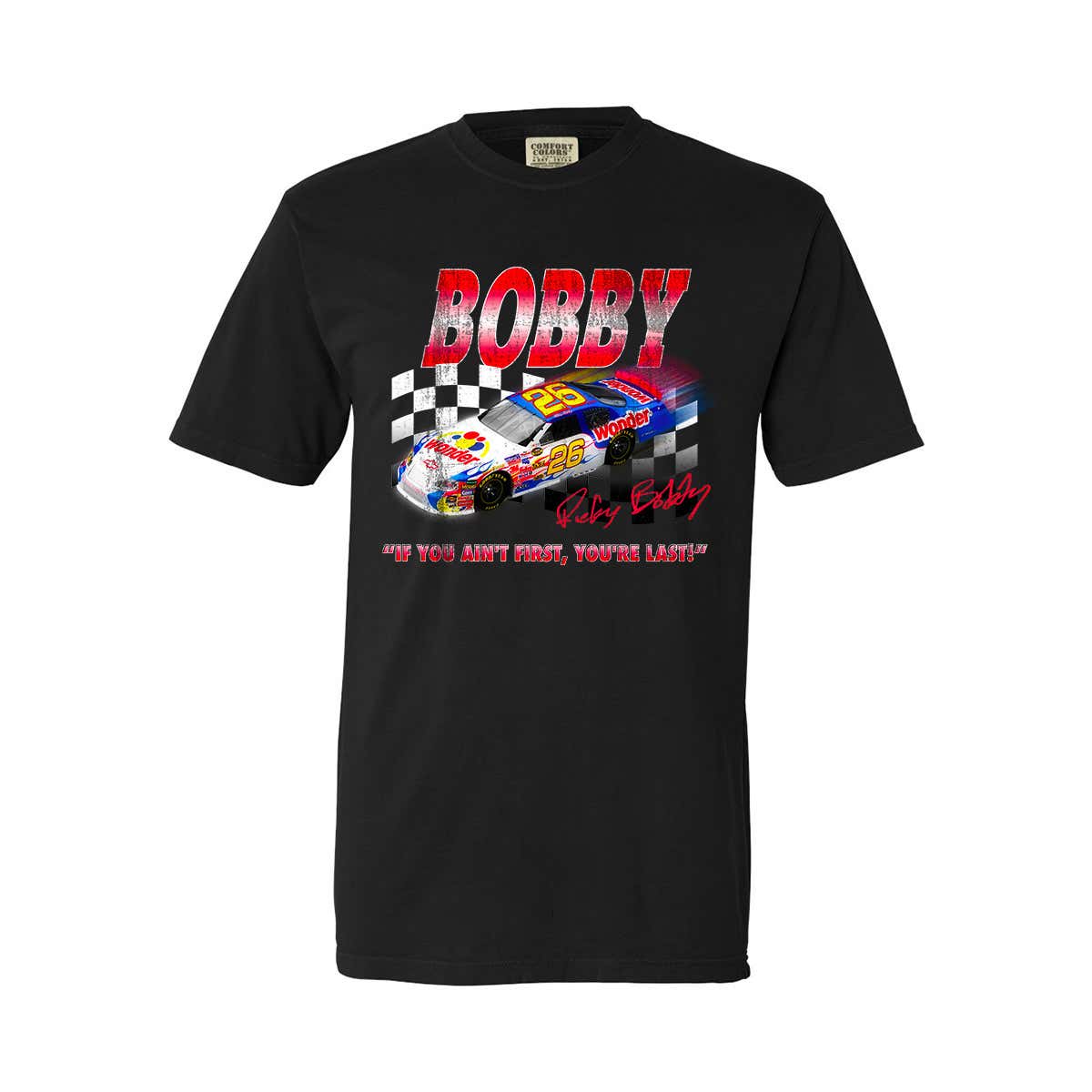