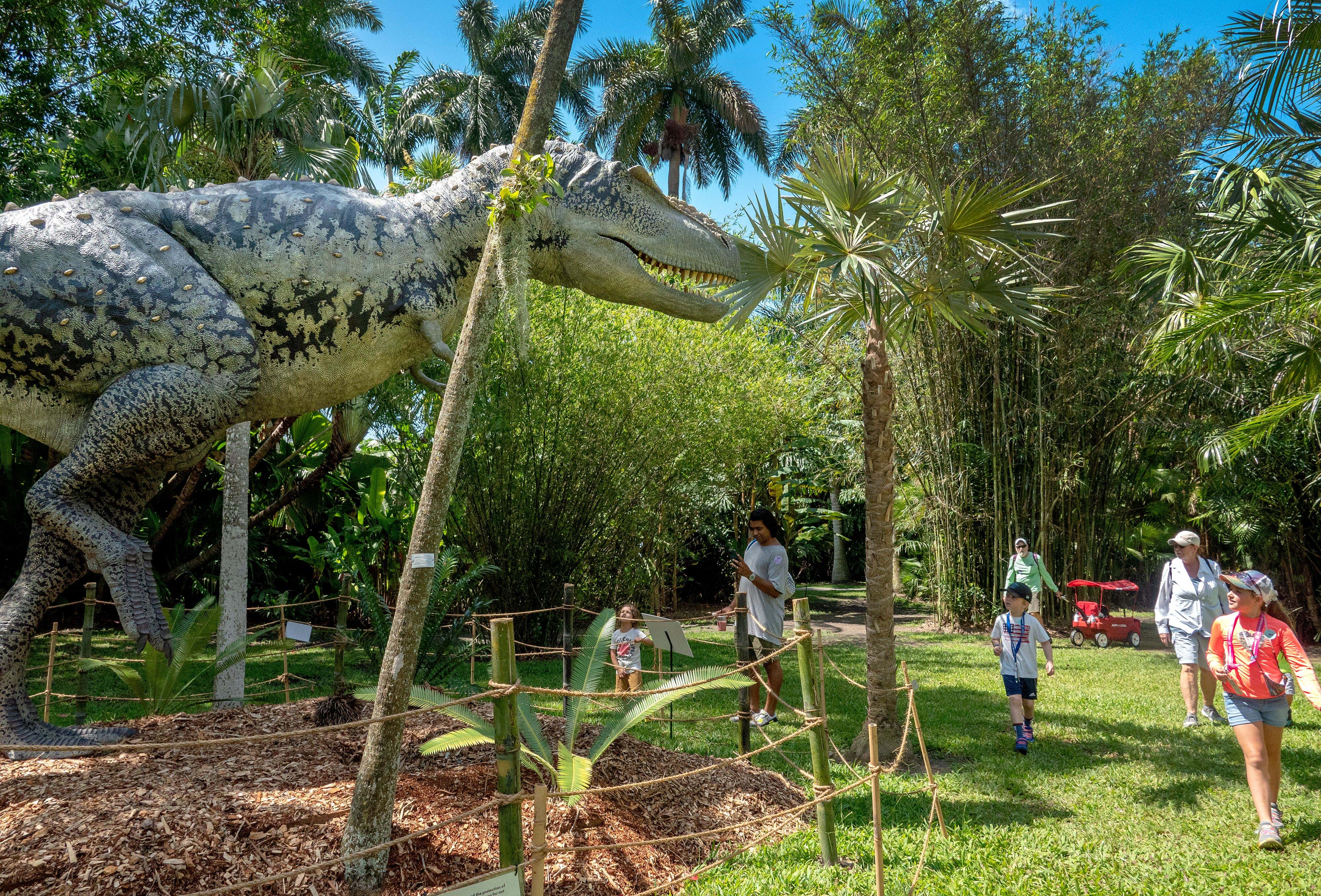 In the immortal words of the late, great George Carlin, "Think of how stupid the average person is, and realize half of them are stupider than that." And no truth of observational comedy has even been supported by research the way this one is. The science is settled on that:

StudyFinds -  A shocking new study finds nearly half of Americans say they’re convinced dinosaurs still exist in some remote corner of the world.

Researchers polling 2,000 adults discovered that four in 10 think the famous prehistoric inhabitants existed between 2,000 and 10,000 years ago – rather than between 66 to 230 million years ago. One in five even believe the dinosaur population only went extinct 100 years ago.

Fifty-four percent also believe all dinosaurs only lived in Africa and North America – unaware that scientists have unearthed their bones all over the world. …

The OnePoll survey also reveals that three in 10 adults believe dinosaurs walked on Earth at the same time as prehistoric humans – despite there being around 65 million years in between them. Moreover, one in four think dinosaurs shared the roaming plains with modern elephants. While closer, scientists say even these giant mammals arrived 10 million years after the dinosaurs disappeared.

Now, you might be tempted to question the data. Lord knows we've seen polls be wrong before. And it's entirely possible that a good percentage of the 2,000 adults who were surveyed were just messing with the researchers. But if you truly believe that, to me it just means you haven't been paying attention all this time.

We shouldn't need pollsters to prove half of Americans are this stupid. Just observe what's around you every day. We've all got a device in our pockets that gives us instant access to all the preserved knowledge of human history. But if the guy sitting next you on the subway is on YouTube, that's not a video about The Hammurabi Code he's watching; it's a fight at a Popeye's. Every great film ever made is available on some streaming service somewhere at any given time. But we're all more likely to watch Real Housewives scoring bullseyes in each other's unreal faces with their throwing wine.  Not only is it impossible to commute in and out of a city for a week without at least a half dozen texting-and-driving related accidents, I swear to you a while back I drove alongside a guy who had both hands off the wheel and both thumbs furiously typing away, on my mother's soul he was on a motorcycle. Try asking that guy if dinosaurs are still around. Though my guess is he's extinct by now.

So yeah, this is entirely plausible. You'd actually be able to explain it away easier if people said there are no dinosaurs because they're not mentioned in the Bible or whatnot. Legendary Red Sox crackpot Carl Everett was famous for saying he didn't believe in them because he never saw one. On Hard Knocks: The Rams, William Hayes made the same argument. While making the case that mermaids must be real. And personally, as a guy who is convinced UFOs are among us and Bigfoot is plausible, I can almost, sort of, on some level, practically respect someone who thinks like that.

But to recognize that dinosaurs did, in fact, roam the Earth but believe that they still do? That is a level of utter, crippling, delusional pig-ignorance that is beyond comprehension.

And begs the question: Where do these people think they are? The Midwest? The rainforests of South America? Africa? Theme parks?

Don't they wonder why they're not on TV ever? Why Discovery Channel doesn't have "Velociraptor Week?" Do they ask themselves how many people are killed by dinos every year? Aren't they curious to see them in person? God forbid these people have continued to piss in the gene pool the way their stupid parents did. But haven't they ever wondered why their kids haven't asked to go visit the T-Rex zoo? Because the one thing every kid has in common with every other kid, it's that at some point in their lives they become obsessed with the things. Sometimes for most of their lives. If I taught my sons that these critters were still walking around they would've traded every trip to Disney just for one day of seeing a real dinosaur. Even the boring herbivores like Iguanodon or Ankylosaurus. So the appalling stupidity of these people is just made worse by the fact they can't take silence from every kid in the world as proof that even children know the timeline:

I guess the one truly surprising thing to come out of this research is the fact that, with this many slack-jawed imbeciles living among us, that our species survived to take over the planet. And after reading this, I'm more ready than ever for our extinction level asteroid to hit. Until then, I'm going to put more money away for my retirement. Because I don't want to have to rely on 50% of Americans to support me in old age. And I'll weep for our future.