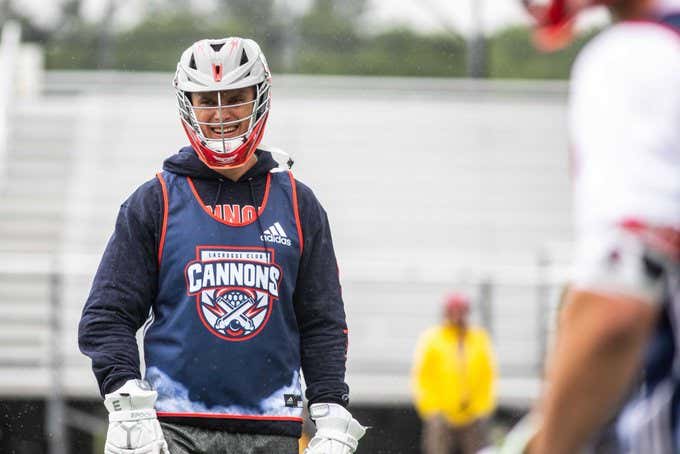 There are quite a few banners hanging at Gillette Stadium right now. Specifically there are 2 that Patriots fans can thank Chris Hogan for delivering---Super Bowls LI and LIII. And this Friday at 7pm, Chris Hogan will once again be running out of the tunnel and onto the field at Gillette. Only this time there won't be a Patriots logo on his helmet, but a Cannon.

Now only 19 of these guys will be dressed on gameday so he'd still have to make that final cut. But the moment that Chris Hogan steps onto that field, he will officially become a professional lacrosse player who used to play professional football.

The league just got an investment from Robert Kraft. Soooooo yeah. If you think that pro lacrosse is going anywhere in the next few years besides a direct flight to the moon, you're a big dumb fat stupid bitch. Owner of the Patriots, owner of the Nets, the Chernin Group, the list goes on and on and on. So you add a ridiculous amount of money to go along with ridiculous plays like this, and you've got yourself a rocket ship of a league.

Get on the train now while there are still seats available.