College Football is creeping up on us my friends! Just about 3 months to go and we’ll be balls deep in college football for the remainder of the fall. Three months to go seems about the perfect time to start looking at team win totals and conference championship odds. Grab your CFB magazines and whenever you‘re bored this summer, dive right into that motherfucker and get yourself caught up and up to date on everything that’s happened this offseason in college football (with the transfer portal the offseason means now more than ever) and what we have to look forward to.

This graphic dropped today with the odds for every team‘s odds to win their conference. Well..... almost every team.

The disrespect to Rutgers is alarming, especially after they won three games last season. THREE! Huge slap in the face to Rutgers and the entire state of New Jersey. Especially when they finished ahead of bum ass teams like Michigan and Michigan State in the Big Ten. That’s a fact. Not arguable. Look it up, but hey I digress.

Anyways, to answer the question at hand, I think there are some very juicy numbers for conference championship title odds. When I try to place a bet on a future like this I try not to just get excited by a good team with long shot odds, I try to target someone who I really can envision realistically winning their conference.  In the power five conferences it’s far too chalk for my liking. Are Alabama, Clemson and Ohio State all gonna win their conferences? Yeah probably. Am I gonna lay -140, -800 and -200 juice on them to win their conferences? No, I’m absolutely not. Too many variables with injuries that can change the whole game up that I don’t feel comfortable laying it. Also if I’m gonna bet on a long term future, I need some odds to get me excited. Here’s two teams outside the power five that I have my eye on. The first is Nevada. 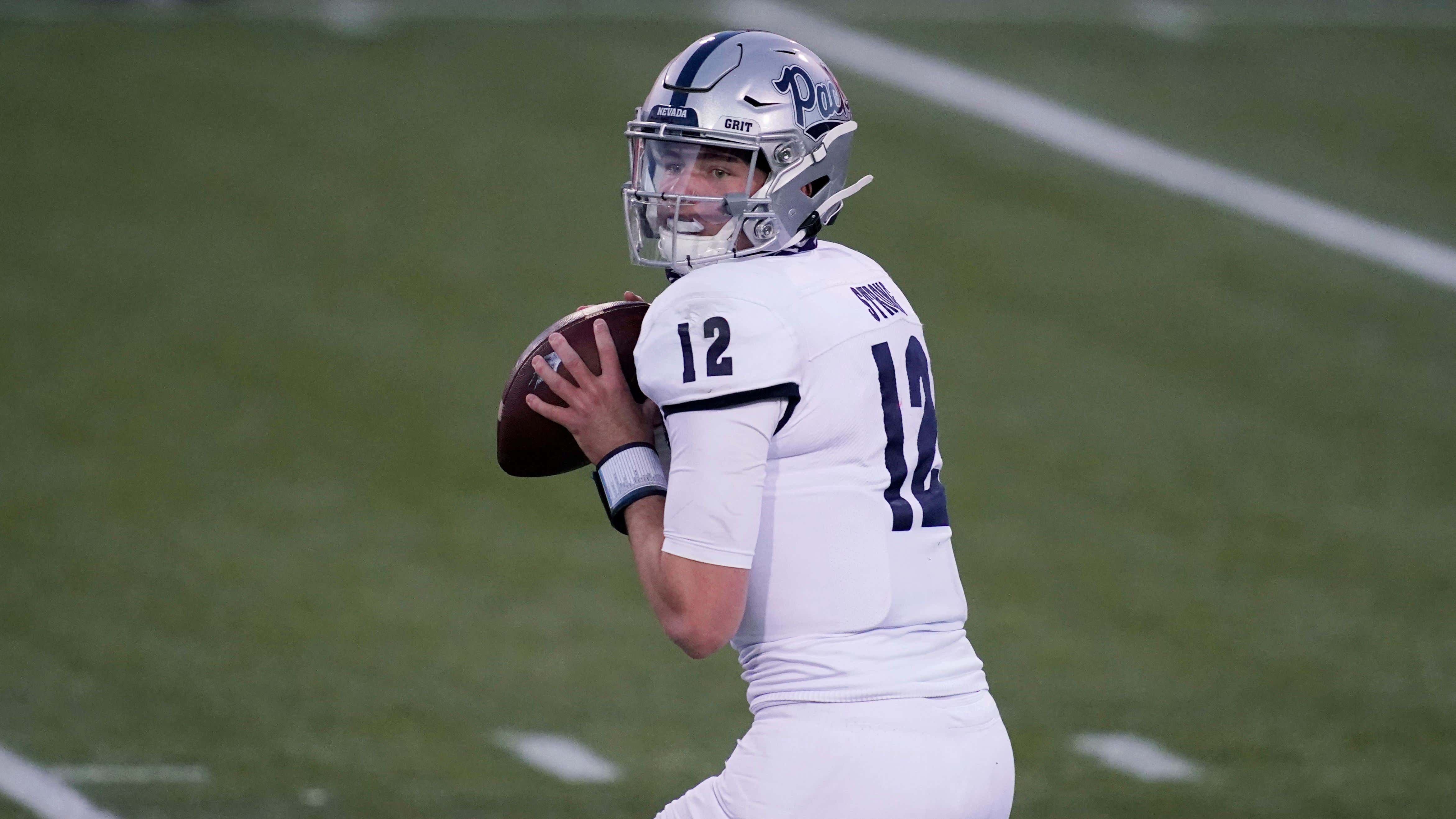 Nevada finished second in the conference last year and brings back the entire offense that was an absolute WAGON last year. Carson Strong was an amazing QB last year that threw 27 TD and only 4 INTs. He also brings back all his best WRs, RBs and OL including Romeo Doubs who had over 1,000 yards last year and averaged over 17 yards per catch. They also bring back their number two receiving option in TE Cole Turner who scored 9 touchdowns last season. They also sneakily get back Elijah Cooks who led the team in catches, yards and touchdowns in 2019 but missed all of last season. Their leading RB over the last three years is back in Toa Taua who who will be joined by 235 lb RB Devonte Lee to form a 1-2 punch that will be mainly running behind stud tackle Aaron Frost. This offense is absolutely loaded and poised to give Boise State and Cinderella story of last year of San Jose State a run for their money to win this conference. At 4/1 I LOVE the odds on this Nevada team. 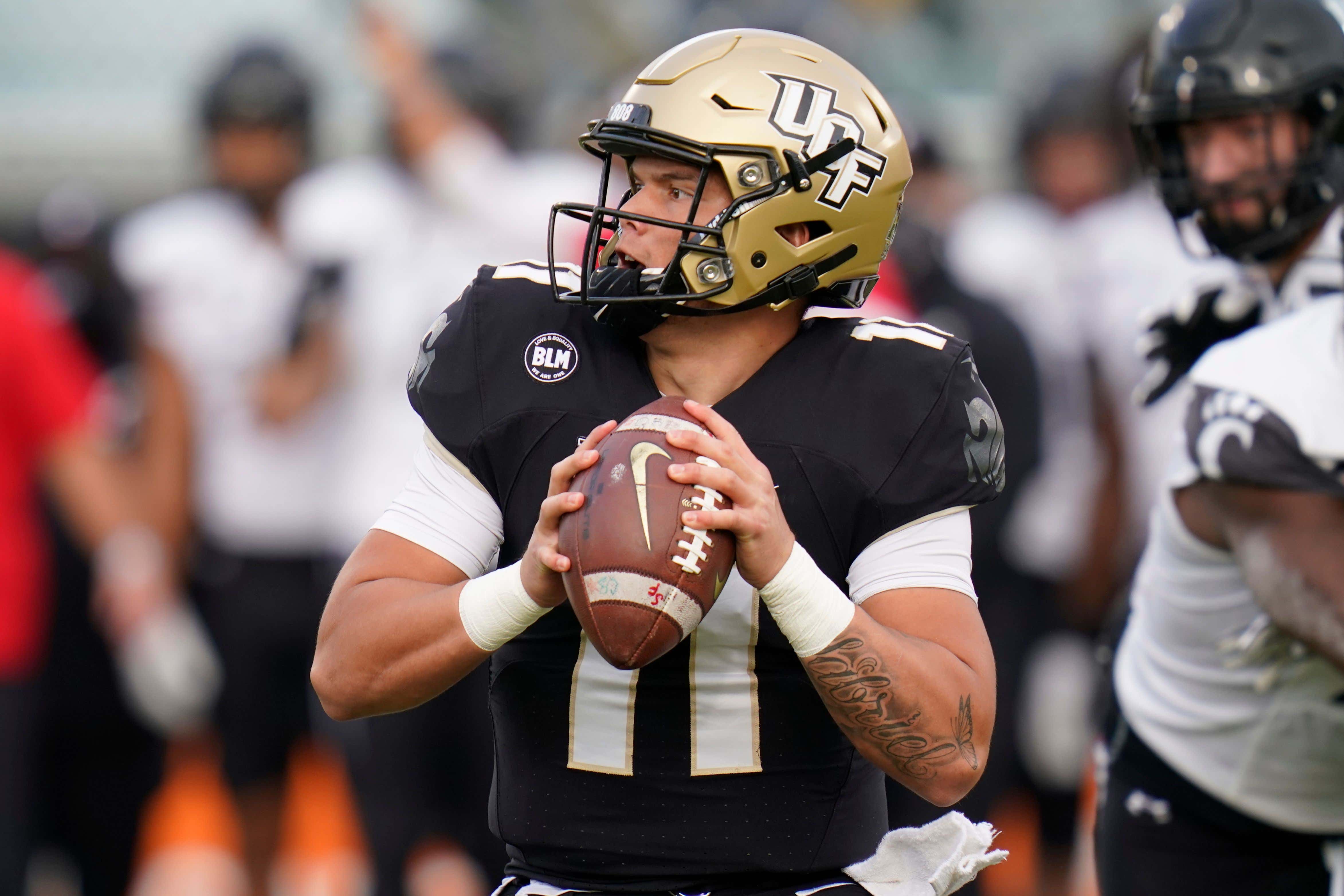 Another team I love at the same 4/1 odds is UCF. Gus Malzahn takes over the reins and is known for his immediate success when taking over programs. UCF was the second in the nation last year in yards per game and eighth in points. They return 8 starters including the entire offensive line and stud QB Dillion Gabriel who threw for 32 TD and only 4 interceptions last season. UCF doesn’t bring a ton back in the skill position spots The defense may be an issue, but I’m expecting atleast a little bit of regression from Cincinnati. Desmond Ridder is back for Cincy and he is really fucking good but it’s hard to imagine the defense has the same level of success they did last year. If ole Gussy boy can find that same lightning he did in Year 1 with Arkansas State and Auburn, UCF has a damn good chance to win this conference at 4/1.

Yeah I picked two. Sue me.