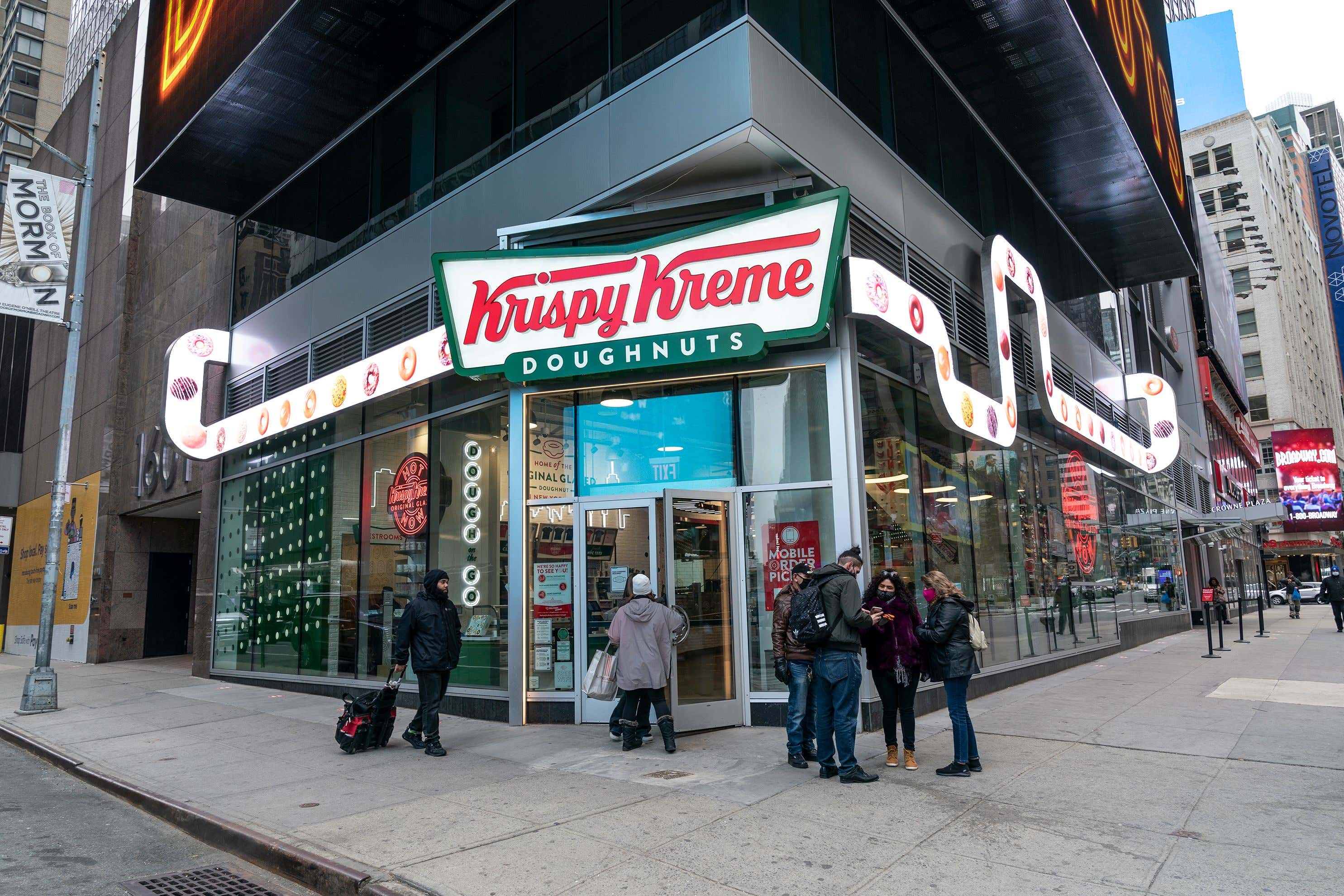 Reuters - Krispy Kreme reported a jump in revenue for the first quarter of 2021 as the doughnut chain readies its return to the stock market after five years, against the backdrop of rising demand for sugary snacks during the pandemic.

The company reported revenue of $321.8 million in the quarter ended April 4, compared with $261.2 million a year earlier, according to a filing for an initial public offering (IPO) that was made public on Tuesday.

Sales have picked up at most fast-food chains in the United States, after struggling with operations limited to delivery and drive-thrus for over a year, helped in part by stimulus checks that have boosted spending.

Finance Bro Carl with a soft check in this afternoon to drop some bombshell news from the trading floor. Krispy Kreme is surging as the pandemic clock winds. Everyone knows that. But even bigger is the fact that the Nasdaq is about to get a whole lot sweeter in every sense of the word.

Krispy Kreme plans to list its shares on Nasdaq under the symbol "DNUT".

I know things have been down lately but that's the kind of ticker symbol that moves the needle. Find a situation in life that isn't instantly made better with donuts and then apply that same philosophy to the stock market. All the experts preach Keeping It Simple. Stocks only go up. Don't buy technology you don't understand. You know these basics. Now let's take it one step further and consider the momentum a sweet sampling of Krispy Kreme brings to the day. Obviously don't get crazy and stuff your face, but by all means have a taste.

Elsewhere I can't help but think that Krispy Kreme has benefited tremendously (albeit suspiciously) from COVID. Just a few months ago they partnered with vaccine administration generally to offer free donuts to everyone.

To me that's just teeing up a demand knowing the habits they're creating in customers coming out of the pandemic. Huge Life Moment the marketing experts call stuff like this. Graduating college. Getting married. Buying a house. Having a kid. Any time you go through something Huge, your brain rewires itself into different habits including but not limited to your consumer behavior. Krispy Kreme is ahead of the curve offering up free donuts because you (The General Public) are getting out of the house and commuting now for the first time. You're vaccinated. Stop at Krispy Kreme on the way and get a donut in this brand new world. Make it the new norm.

Not giving advice just saying I will be watching DNUT very closely. Finally a market that plays to my personal strengths.