We just got this new office in Chicago. It's funny, everyone on earth saw this video...

...and thought that's what lead to us getting this new, SICK state of the art office, but truthfully it's been in the works for months now. The new office? Yeah, it's incredible. I don't know what our dumbasses in Chicago did to earn this but whatever we are doing is working I guess. Now we can actually do shit at the office to expand the brand we've built in Chicago and not have to worry about opening a door and it ramming into a side of a desk or tripping over that little Twink intern Danny trying to get to the couch.

And one of my favorite features of the new office is this little secret liquor cabinet the contracting company built for us. They didn't even ask. They just built it. Really nice of them. Take a look for yourself. They even fully stocked it for us.

We planned on hiding this feature from Carl just to fuck with him, but one of the interior designers spilled the beans to him this morning. Now that everyone in the office knows of it's existence, I figured I'd ask the audience: who is going to be the first one to pop the bubbly in here and completely clean out this liquor? Let's break it down: 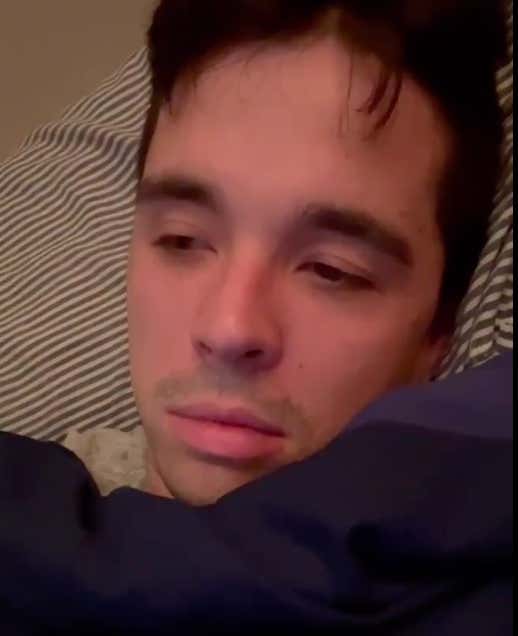 A little fun fact about Danny is that he's constantly sick. Like non-stop sick. He's so sick all of the time that I recently dubbed him, "sick boy" heretofore. That doesn't have much to do with being a drunken idiot who will clean out a liquor cabinet, but I figured you all should know. That said, he knows his role for the most part. He won't crack into that bottle of Veuve unless one of else does first… or so he'd want you to think. Another (not so) fun fact about Danny is that he's a mischievous schemer. A line stepper, if you will. Constantly conniving and swindling, a total trickster. I wouldn't put it past him to polish off this entire liquor cabinet with a couple of his boys from St. Pat's and figure out a way to place the blame on someone else, causing a big inner office riff. He's good at that, and for that reason, I'm putting his odds at

Very good value if you ask me. 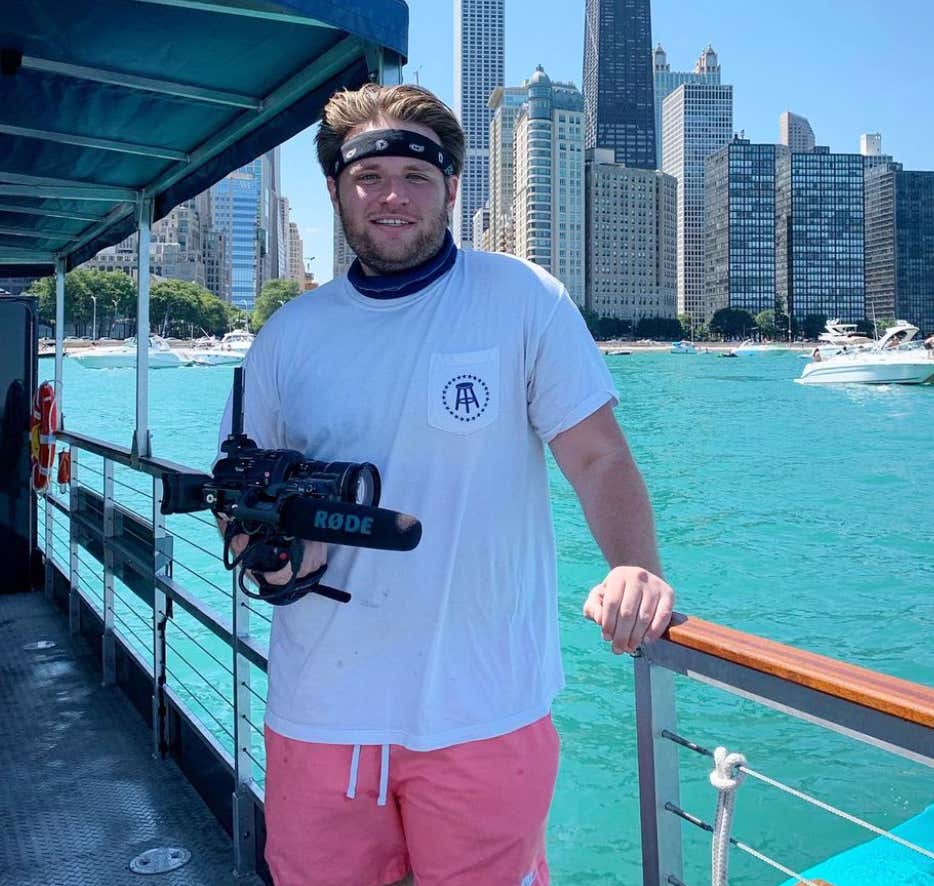 Fun fact about Tom: we stole him from the NYC office when he was out here filming with Donnie last summer when Donnie "did" Chicago. Had some issues with our old camera guy who just stopped showing up one day, and Tom never went back to NYC. Lived out of an Air BNB until he found an apartment in River North, which makes perfect sense since he was born and raised in Manhattan, NY, NY.

On the personal side, Tom's a good cat. Never would guess he's from Manhattan. Doesn't have that greasy, gabagool accent and moves at a "midwest" pace, so he fits right in. Does awesome work for us and isn't afraid to tell us to fuck ourselves if need be.

Is he a swindler like Danny? Not sure, but those two are all buddy now which makes me think that sly little pervert Danny is probably rubbing off on him quite a bit though. He's sort of a ball of mystery which makes me think I need to keep a close eye on him around booze. If he does crack into the liquor cabinet, then it'll be because Intern Danny pressured him to do so, sort of like a fall guy, and for that reason, I'm putting the odds at… 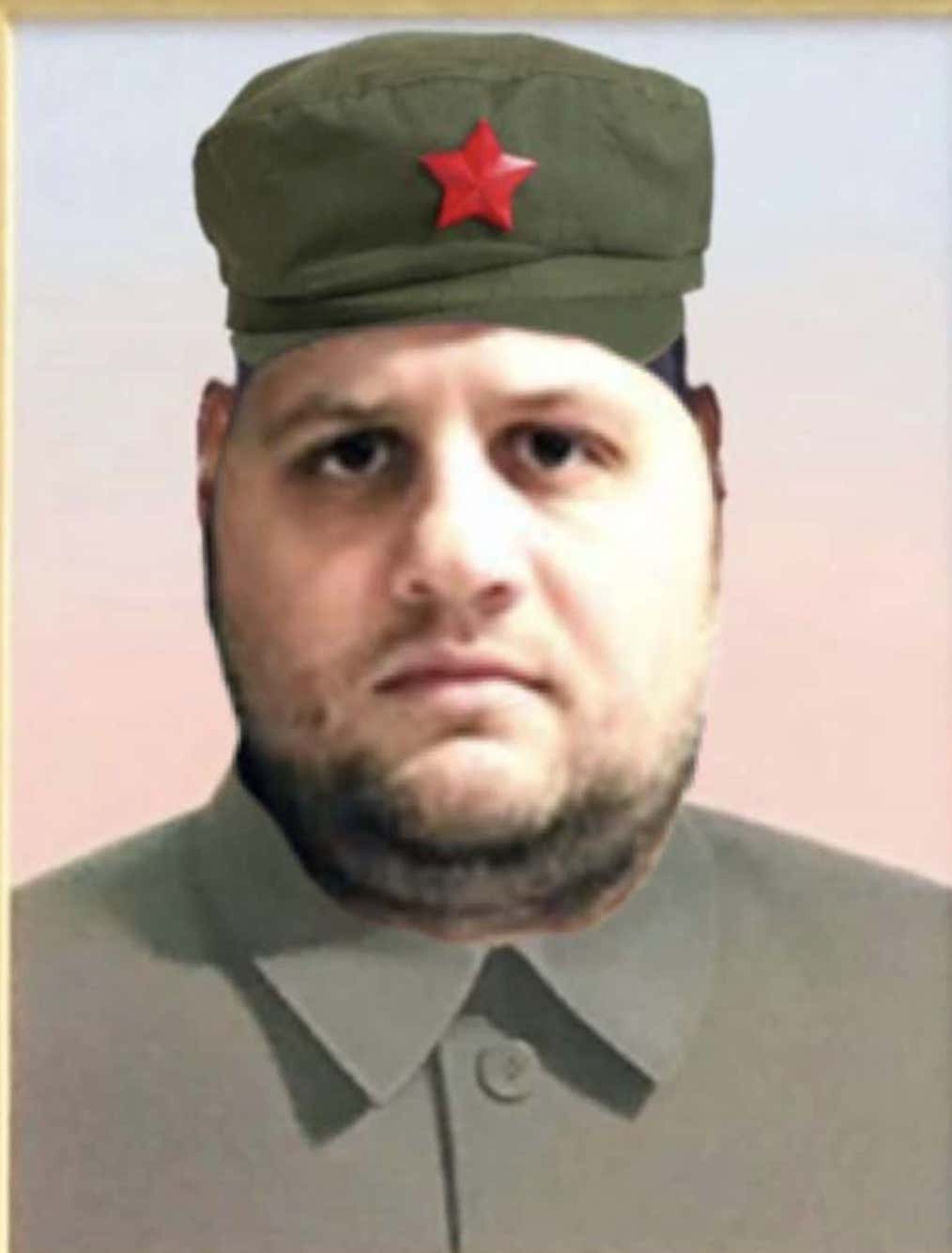 Eddie's a monster whose dictatorial rule knows no bounds. Everybody and their mother knows that at this point; George Orwell tried to warn us about demons like him. But Ed's not much of a drinker. He's a thinker. He separates church from state very well; I've never really seen him binge drink or get completely plastered. Doesn't even like to drink on work live streams let alone off the clock. I'd be shocked if he broke into the liquor cabinet. Shocked I tell ya! 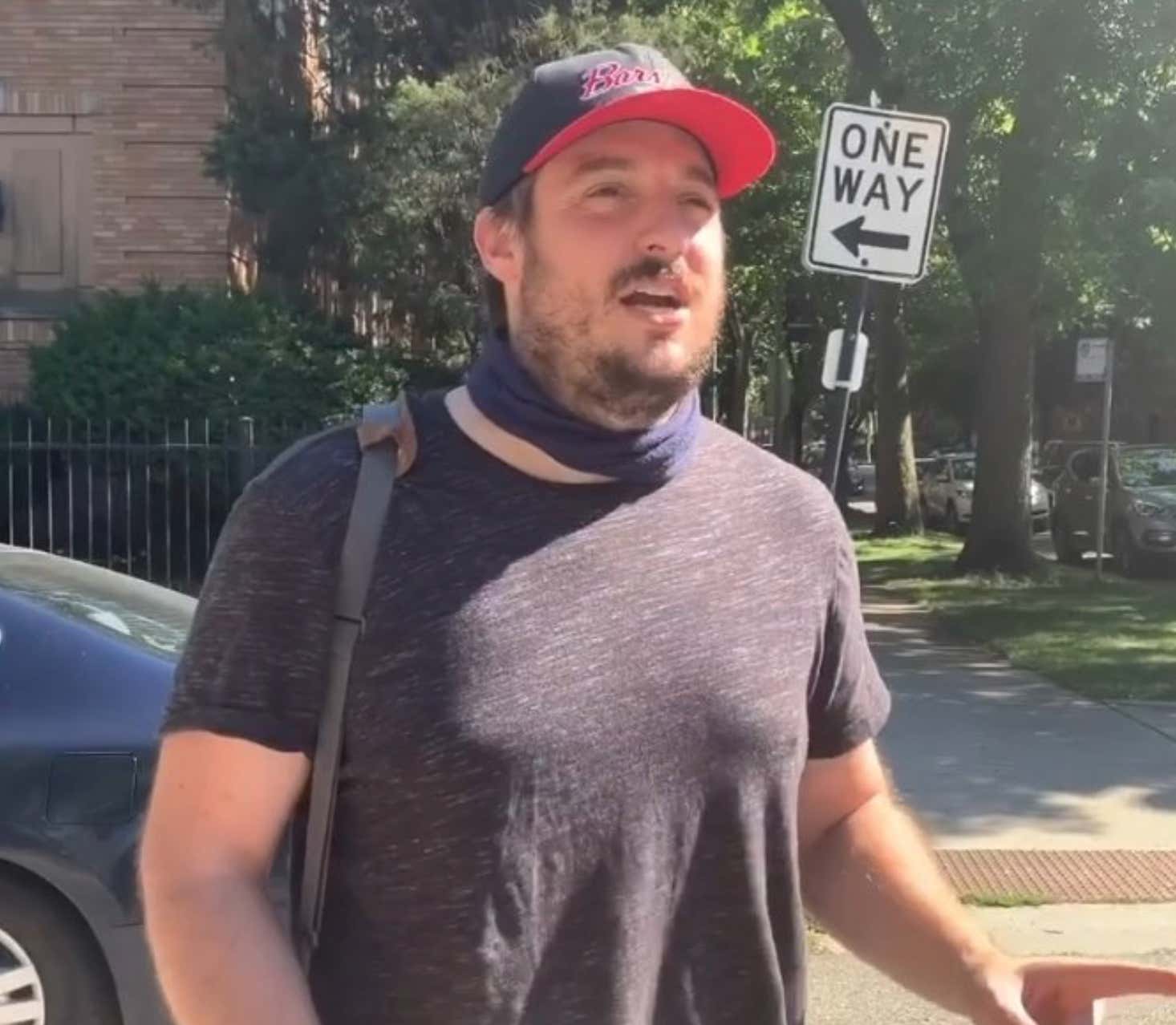 I chose this picture because it paints Chief in a bad light. As my good friend My Sox Summer put it, it looks like Chief is "selling acid to teenagers at Lollapalooza" in this picture. Boom! Nailed it. Look at those little tits. Hit a bench press for me one time Chief!

Now Chief is the one guy I hang out with in the office regularly. I've seen him drunk a time or two in my day. One thing that you might not know about Chief is that he's a puker. LOVES to puke when he drinks too much. If it's 1am and you're at a bar, make sure you keep a 10 foot radius from him at all times because there's a good chance you'll get a combo of Miller Lite, tequila, burrata and bile in your face.

With Chief, we're also starting to talk chalk odds as well. There's a decent shot that he'll be with inebriated with me in the coming week. He's said it time and time again - if you're looking for trouble, hanging out with me is your best option. I'm adept at the art of getting in trouble. I also like to drink. Since Chief has the will power of a fat chick in the Twinkie aisle, there's a very good shot that he'll be the first one to crack into all of that upscale liquor and it'll be just because I told him to do so. 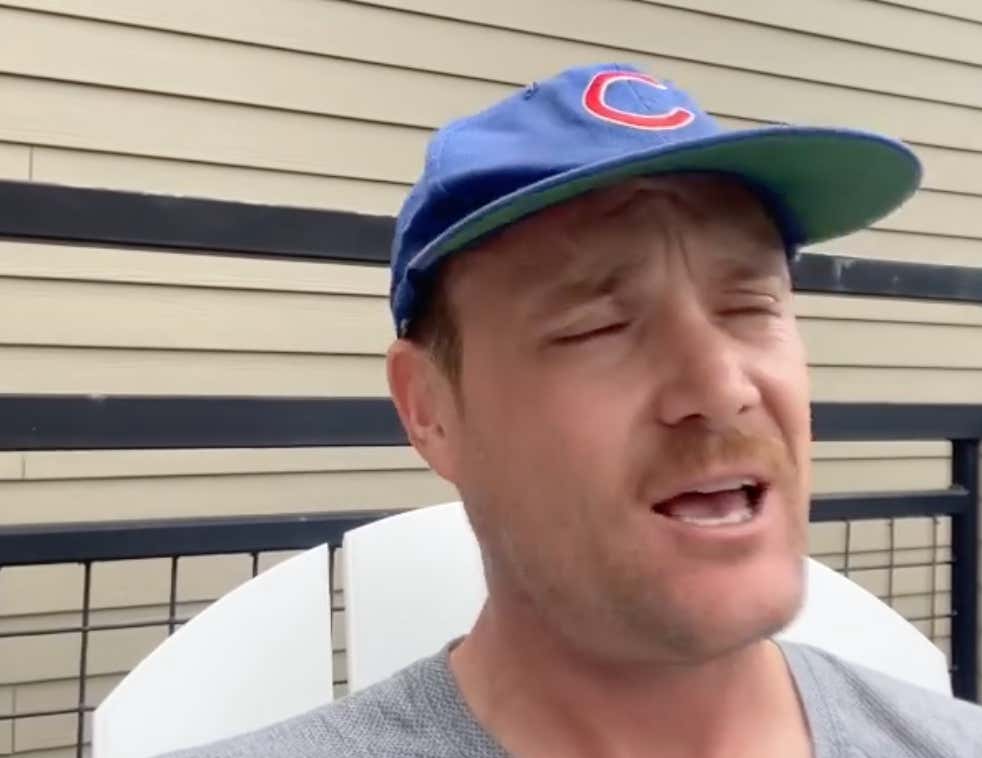 I'm writing this blog at 12:10pm and I wouldn't be shocked if he hasn't cracked into it already just to blast it all over social media. Odds that he's the first one to sneak a few glasses of brown? 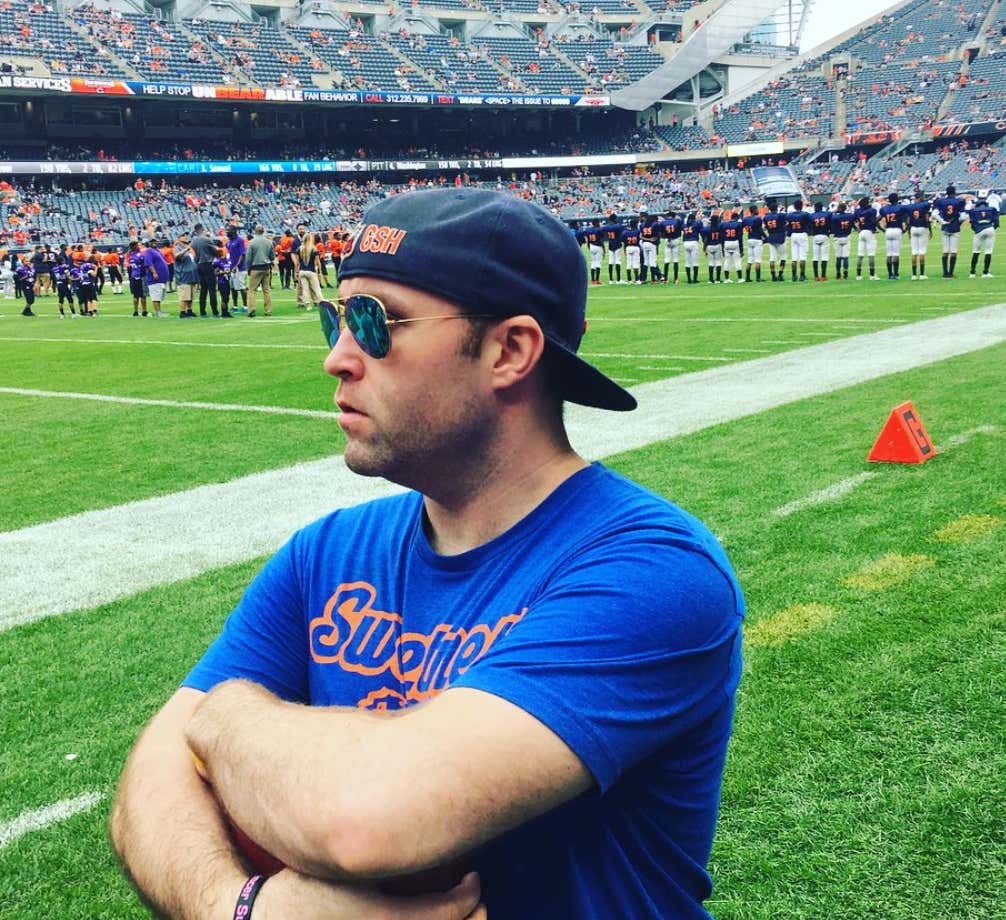 I've become the sort of ipso facto mediator of the Barstool Chicago office. I'm always the levelheaded one - the "glue guy" if you will. Never do I ever want controversy amidst our group. I'm even-keeled, quick witted, and constantly trying to find the best solution to any given issue, whether that issue makes it way to content or not. "Heavy lies the leadership crown" as they say.

And because all of that, I will be doing everything in my power to drink as much of that booze before Carl can. I do NOT want him getting any of the love on social media for it. I'm going to text Chief, tell him we're going to the office to pound the booze for social media, he'll oblige my every order because he's a spineless bitch, and we're going to steal all of the social media love from Carl. It will then become a big issue but because I'm the aforementioned mediator/leader of the group, I will just place all of the blame on somebody else. Probably Danny. Because that's what leaders do.

Odds that I'm the first one to pound all of that booze?

I just gotta make sure Carl doesn't get ahold of it before the day's over. That's it.