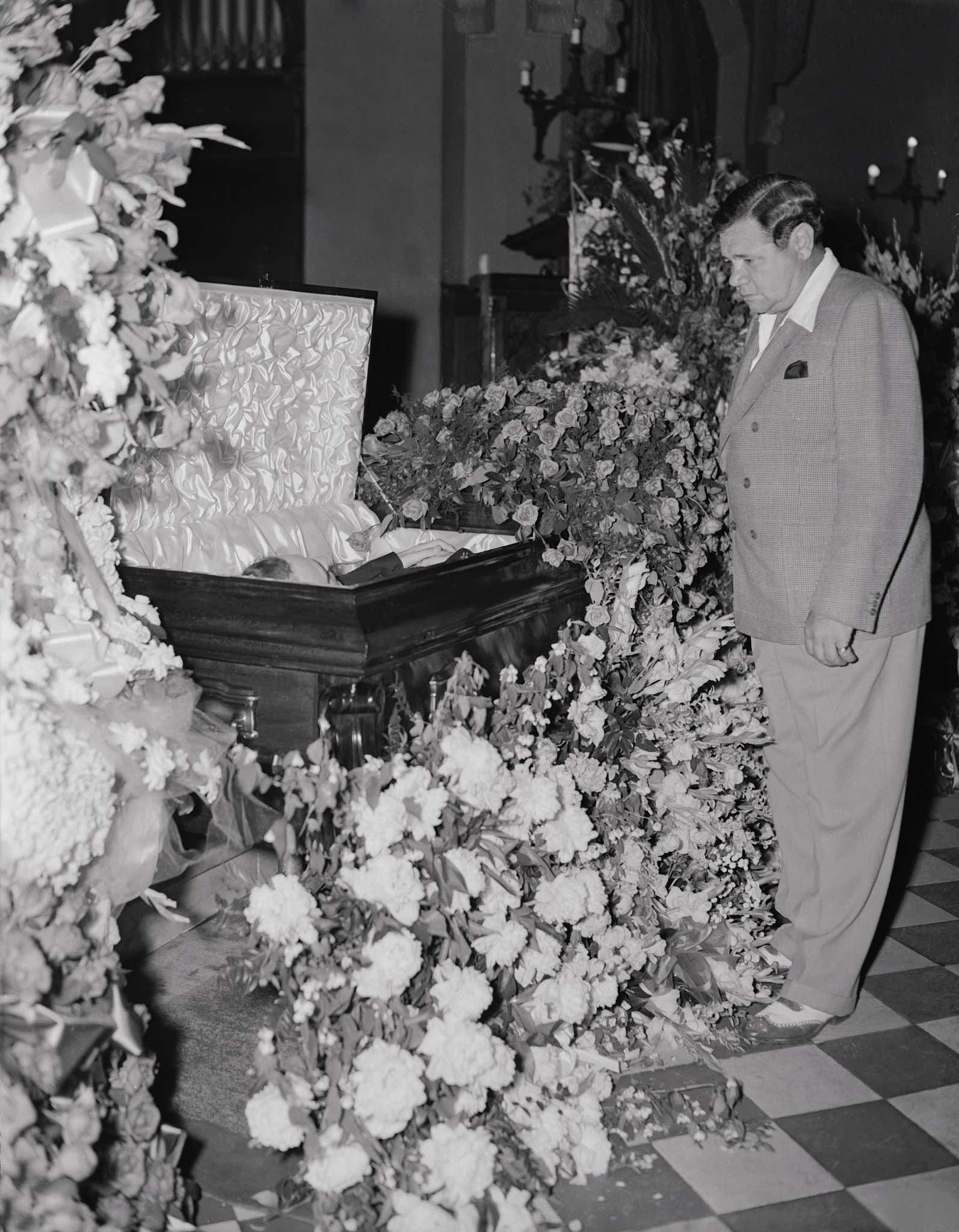 Lou Gehrig passes away just after 10 pm in his home in the Riverdale section of the Bronx. Just 17 days away from turning 38, Gehrig's passing comes two years after being diagnosed with ALS (amyotrophic lateral sclerosis). The neurological disorder would become better known as Lou Gehrig's disease. The death comes on the 16th anniversary of Gehrig entering the lineup for Wally Pipp, starting his streak of 2,130 consecutive games.

At the heart of Murderer’s Row were two superstars with differing lifestyles. The bombastic Babe Ruth and the quiet and dignified Lou Gehrig. Ruth had been a delinquent youth sent to a catholic youth house, Gehrig, the son of German Immigrants, was educated, having played baseball at Columbia University. Once Lou Gehrig, who was born on June 19, 1903, in New York, got in the lineup in 1925, he never came out, playing in a record 2,130 consecutive games.

Lou Gehrig was the “Pride of the Yankees” quiet in nature; he was a blue-collar baseball player who enjoyed that Babe Ruth stole all the headlines. However, the two stars often quarreled as Ruth once made disparaging comments about Gehrig’s mother. One Babe Ruth retired; Lou Gehrig again was overshadowed as Joe DiMaggio became the new superstar upon signing in 1936. Gehrig won his second MVP in 1936 as DiMaggio helped forge a new dynasty. The Yankees became the first team to win three consecutive World Series as they entered 1939 looking for a fourth.

Lou Gehrig was one of the best pure hitters in baseball. His lifetime average was .340; he had 493 career home runs and 1,995 RBI. A late-season slump saw Gehrig finish the 1938 season with a .295 average, just the second time in his career. He failed to hit at least .313. When Spring Training began in 1939, Gehrig was feeling tired and lethargic. It was assumed as the season began that he would recover. However, a week into the season, it was clear that something was physically wrong with the Iron Horse.  Batting .143, with no home runs and one RBI, Gehrig asked out of the lineup on May 2nd, ending his 14-year streak.

As Lou Gehrig found himself getting weaker, he and his wife called the Mayo Clinic in Minnesota. Still traveling with the Yankees but not playing, Gehrig underwent a series of tests in June. The analysis confirmed the worst that Lou Gehrig had ALS (Amyotrophic Lateral Sclerosis). The rare disease attacks the nervous system, eventually weakening all muscles and leading to death.

After visiting the Mayo Clinic, Lou Gehrig announced his retirement and planed for a special day in his honor between games of a July 4th doubleheader against the Washington Senators. The Yankees brought back many of Gehrig’s former teammates, including Babe Ruth, who had finally buried the hatchet with Gehrig. The Yankees retired his #4; the first number ever retired in baseball. Asked to say a few words, Lou Gehrig facing death with dignity, delivered his famous speech.

Upon Lou Gehrig's death, Mayor Fiorello La Guardia ordered all flags in New York to be flown at half staff. All 16 teams in the majors followed suit. Thousands of fans viewed Gehrig's body at the Church of the Divine Paternity in the Bronx. Babe Ruth cut in line ahead of everyone and openly wept in front of the casket. His widow Eleanor Gehrig never remarried dedicated the remainder of her life to supporting ALS research. She died 43 years after Lou on her 80th birthday, March 6, 1984, and was interred with him in Kensico Cemetery.

Not much is known about ALS today, as there has yet to be a cure. It was the disease that claimed the life of Pete Frates, who inspired thousands to get drenched with an ice bucket. Starting this year, MLB will recognize, June 2nd as Lou Gehrig Day with teams wearing commemorative patches and raising money for ALS research.