Chuck Norris, himself, gave us approval for this tournament. Thanks, Chuck Norris.

Gametime will be hosting a 2v2 Knockout City Tournament this Thursday, June 3rd starting at 7pm EST. To increase your chances to get selected, tag us in some hype videos on Twitter and let us know why you and your duo should be part of the madness. 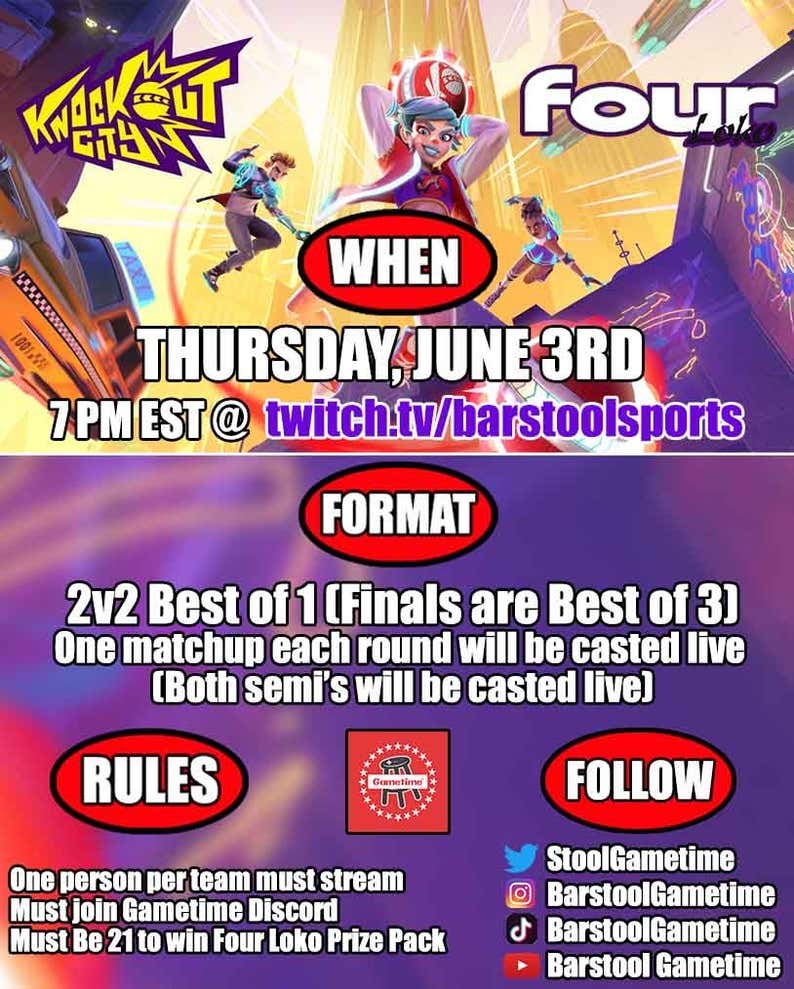 1 Player on each team must stream

The tournament will be Best of 1 Series with the Finals being a Best of 3. I will be casting one matchup round, plus BOTH semi-final matchups. One of the members of the Gametime team will reach out to you prior to your matchup if your game will be casted. All casting + the updated bracket can be found at Twitch.tv/BarstoolSports.

Seeding will be determined based on a random bracket generator. The higher seed will have the advantage to host the map. Since Knockout City is extremely straightforward, there is really no rules that we have to change.

Teams will be notified via Discord or Twitter DM that they have been selected. All teams will be finalized by 5pm on Thursday.

MUST BE 21 TO WIN - You are able to compete if you are under 21, but will not be eligible for the prize.
Winners will received a Four Loko Winner's package which will consist of Four Loko Pregame and Four Loko Merch.

GLHF! If you have any questions, reach out to MRags in discord or Twitter.