[Go Long] - The needle doesn’t hurt anymore. He says it feels something like being stung by a bee that’s moving along his skin. With that, Bowden pops off the couch to retrieve his own wireless tattoo gun and revs it up. For a moment, you think he might stab himself yet again in that leg — right here on the spot — before turning it off, setting it aside and showing off his latest artwork.

On his left thigh, right there, Bowden drew his own rendering of a dolphin with the number “15.”

Bowden likes this new ink but assures he’ll also get a more professional one done featuring the team’s actual logo.

What? Why? Why would Lynn Bowden decide to go get a professional one done. This is the Dolphins logo. Looks spot on, in fact it's the most beautiful Dolphin I've ever seen. Looks exactly like this. 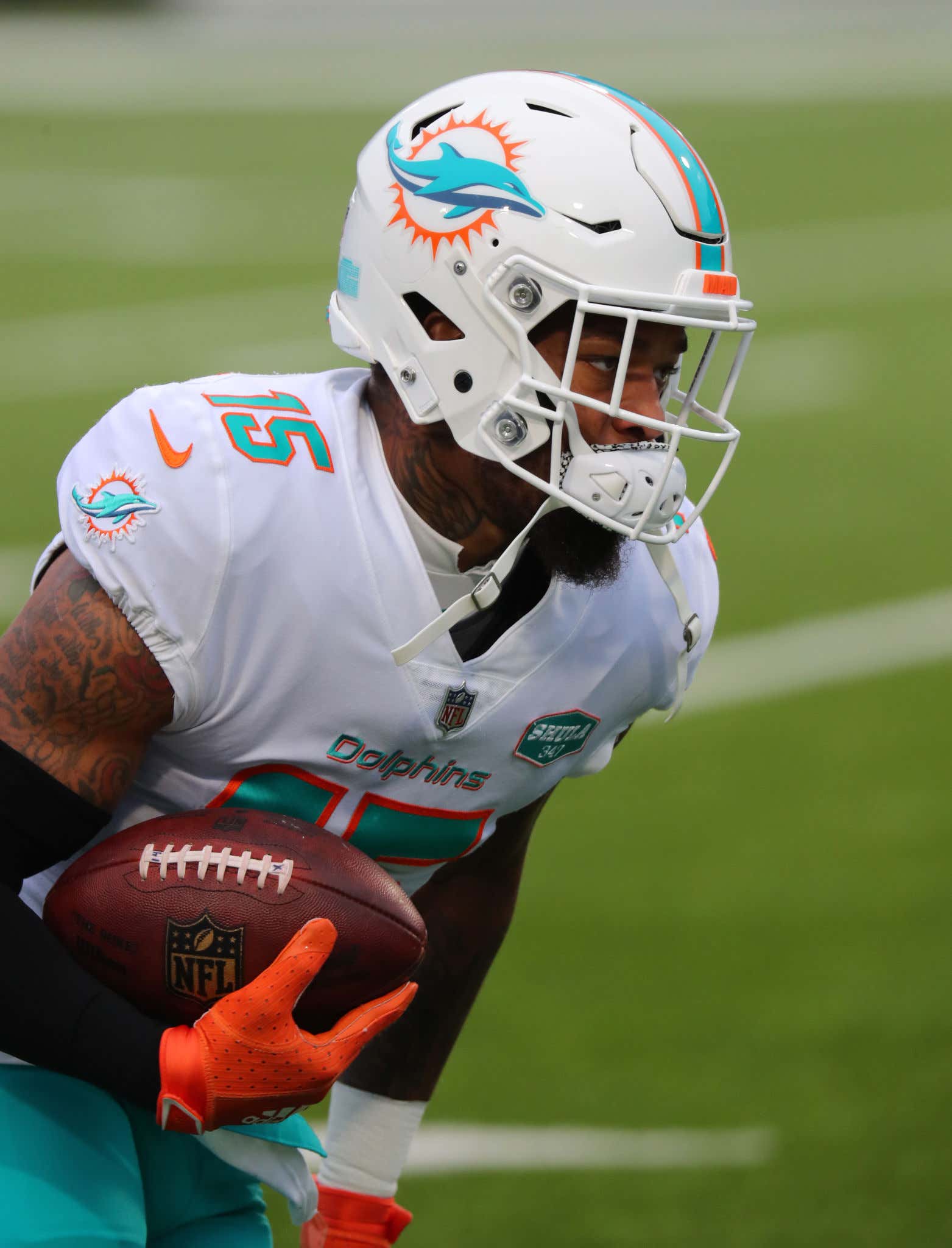 If I'm Lynn, I don't get that changed. I keep it. Why not? It's hilarious. If he wants it changed, I suggest he come on Lowering the Bar, because this looks like a Vibbs production.

Lynn and Nick can chop it up about dolphins and grandmas. What's better than that? Giving yourself a tattoo is a wild move but then again there are tattoo guys. Reminds me of Dwight buying a Hazmat suit because it's cheaper than renting one. Why keep going to a tattoo shop when you can just give yourself a perfect Dolphins logo tattoo?

Then again when you can do shit like this, you can give yourself a tattoo.