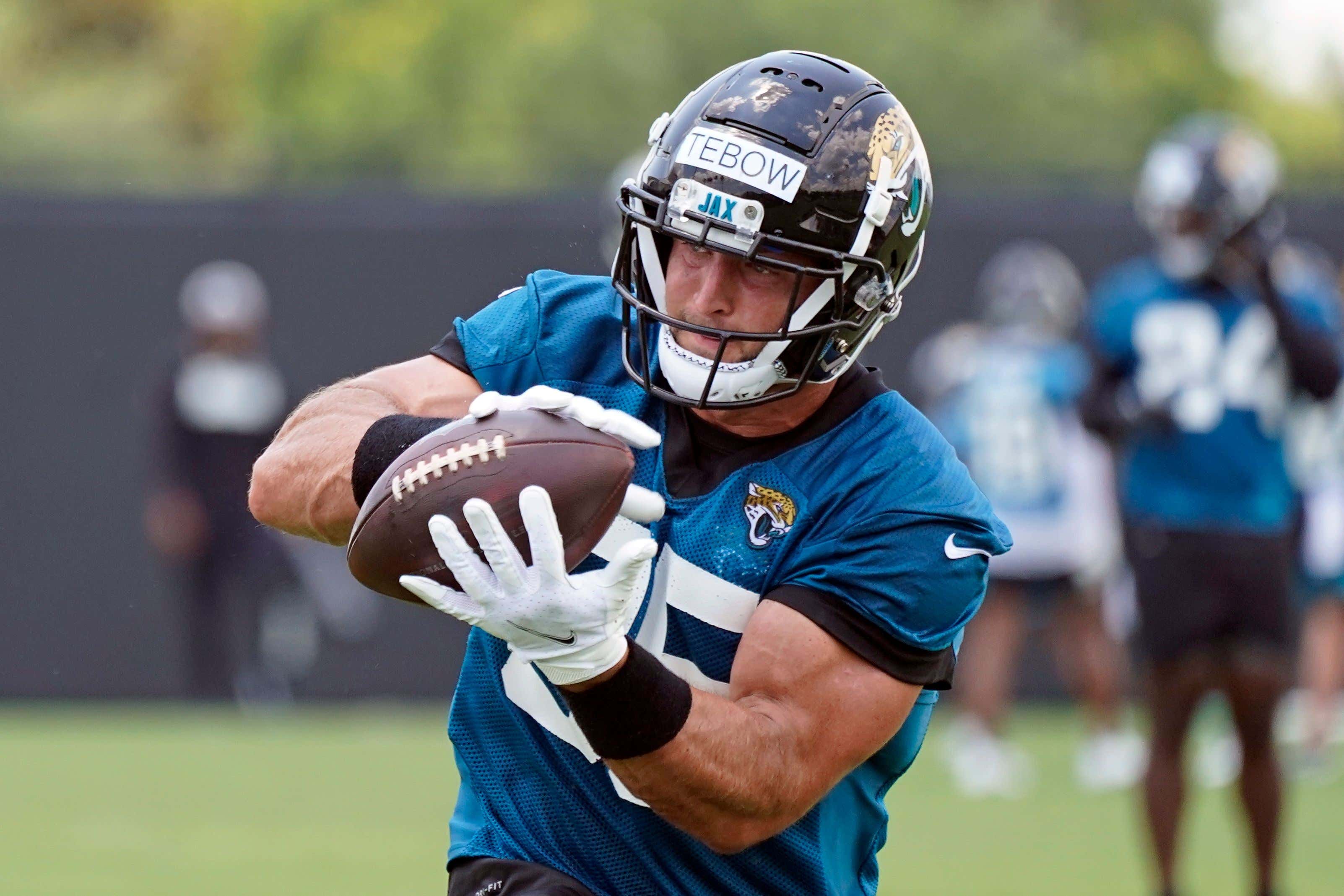 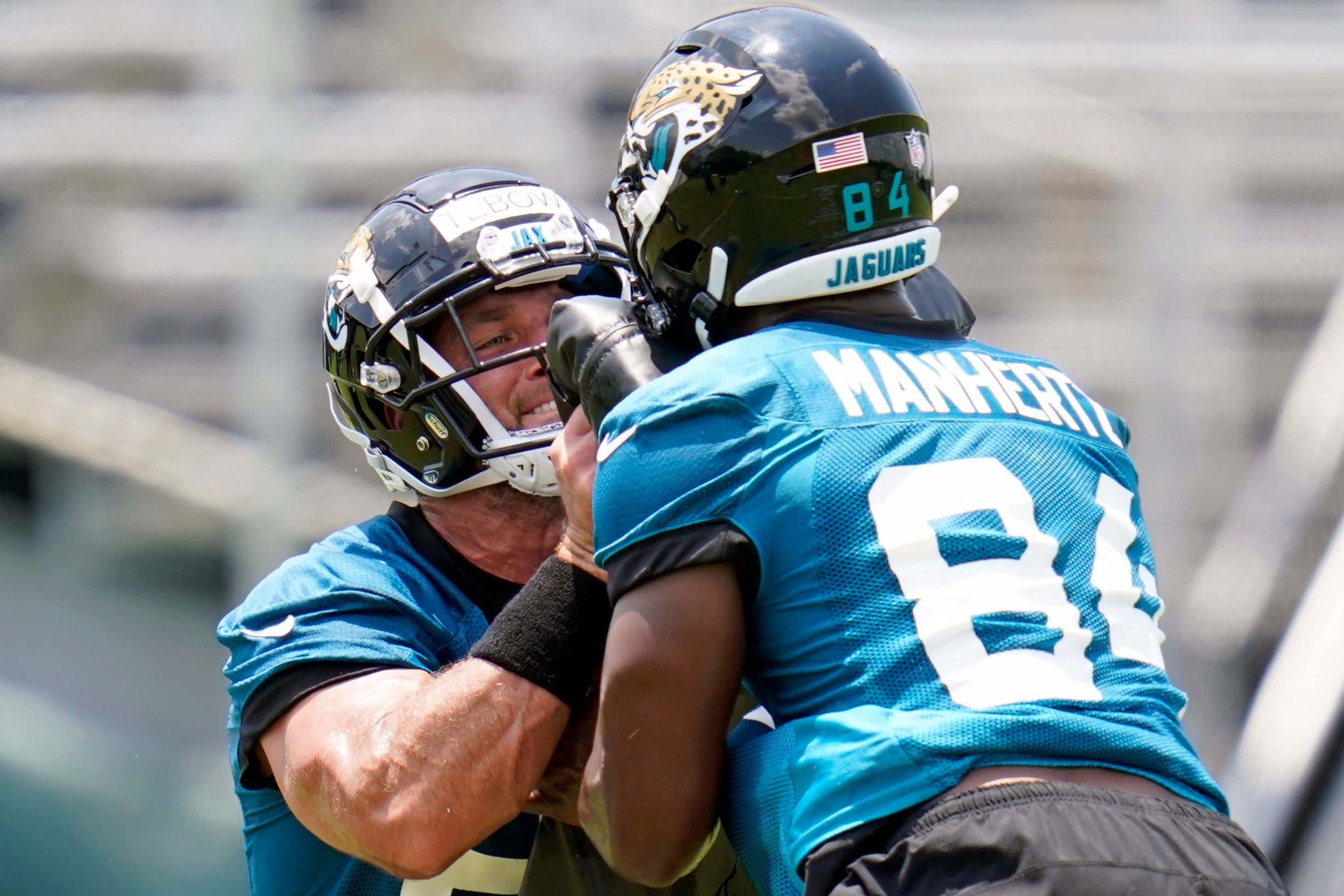 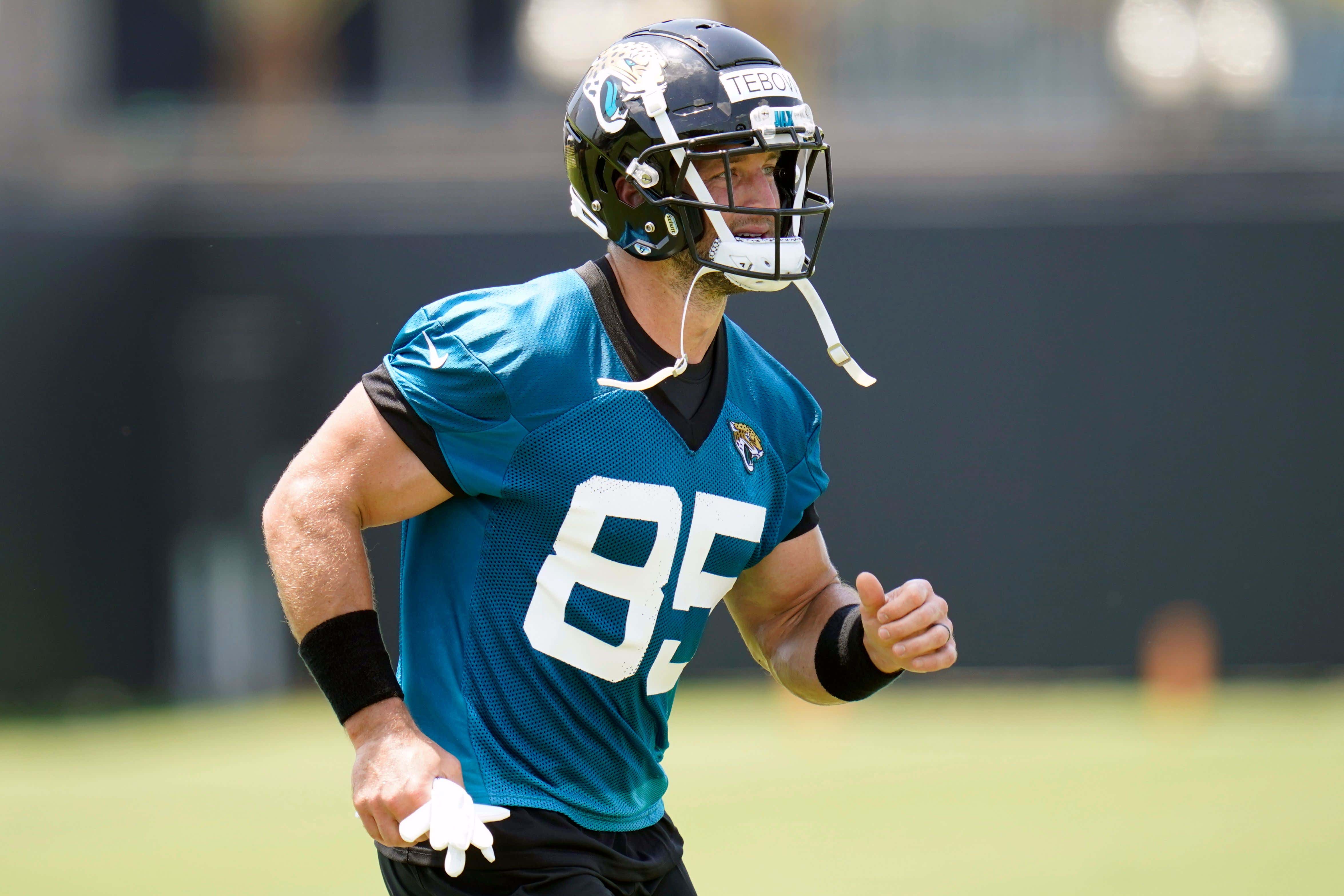 Sweet Jesus, get a load of Tim Tebow now. Apparently thumping Bibles and bearing crosses is a great workout because he's absolutely ripped. Just taking a guess here, but since he's a good Christian Southern boy, this has to be his favorite Lynyrd Skynyrd song:

None of us really know if a 34-year-old Tebow can hack it as an NFL tight end after eight years away from football. But if it be God's will that he not make the Jags roster, at least he's got a career waiting for him as the world's holiest fitness model. Or the buffest preacher of all times. Forgive me for saying this, but the Lord died for our sins, and the rest of us would die for those 18-inch pythons.

And it's not at all un-Christian to point it out. On the contrary, the Good Book is loaded with passages about keeping it tight. One could open a religious themed gym and cover the walls with motivational Bible quotes the way Planet Fitness has signs saying they hate Lunks.

Proverbs 31:17: She dresses herself with strength and makes her arms strong.

1 Corinthians 9:24-27: Do you not know that in a race all the runners run, but only one receives the prize? So run that you may obtain it. Every athlete exercises self-control in all things. They do it to receive a perishable wreath, but we an imperishable. So I do not run aimlessly; I do not box as one beating the air. But I discipline my body and keep it under control.

1 Corinthians 3:17: For God's temple is holy, and you are that temple.

2 Timothy 2:5: An athlete is not crowned unless he competes according to the rules.

It's practically a self-help book for workout warriors. You half expect to read about Jesus turning water into Muscle Milk and loaves of bread into fat-burning, total lean, high-protein power bars. It's not hard to imagine Tebow and a bro from his Bible study group in spaghetti-strapped tank tops, sucking down gallon jugs of water and shouting Scripture while spotting each other on the bench and doing squats. Or maybe it's just the power of prayer. But however he's accomplished this, it's certainly working for him.

Whatever you do, don't think the impure thoughts you're thinking right now. There's no way he got these pipes by any unnatural means. At least we better hope not. Tim Tebow failing an NFL drug test would break the Seventh Seal and bring about the end of days. This is 100% pure him. And I pity anyone who has to face him in this physical condition. May God have mercy on them, because Tebow won't.