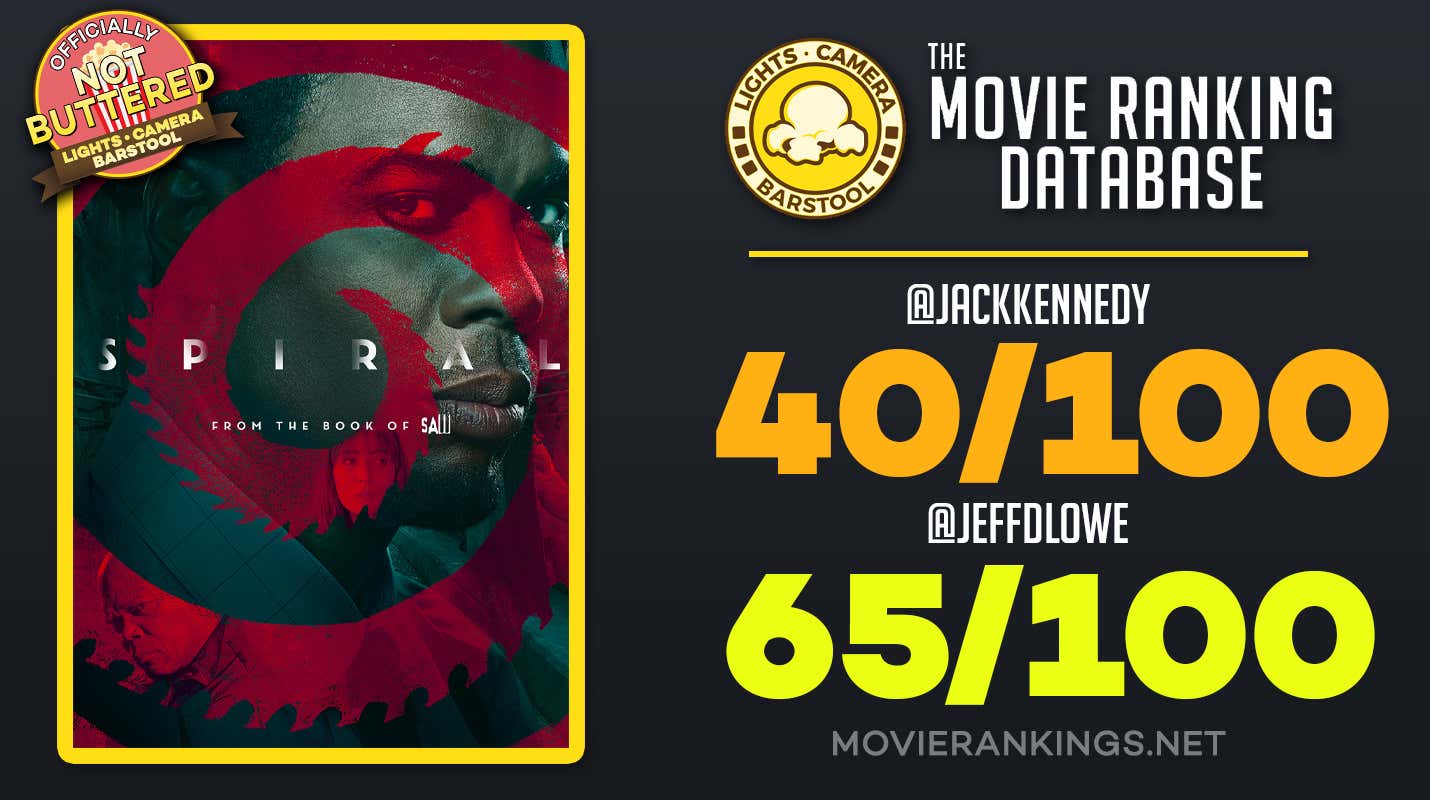 Working in the shadow of his father, Detective Ezekiel "Zeke" Banks and his rookie partner take charge of an investigation into grisly murders that are eerily reminiscent of the city's gruesome past. Unwittingly entrapped in a deepening mystery, Zeke finds himself at the center of the killer's morbid game.

This movie is ass. It's inconsistent, it's cliche, and it is hollow as Kevin Bacon. I'll give it credit couple of things better than the other Saw sequels, which makes it best Saw movie since the second one, but what does that really mean? Being better than the 500 Saw sequels is like being the valedictorian of summer school. Lets break it down a bit:

I think it’s easier to start with what I liked about it: I think the production value looked way better than the previous movies. They weren't stuck in a single spot, they were out exploring a city and had some cool sets. The movie also has some great traps, and that is basically the only reason people go to Saw movies anyway. They gave me the exact feeling I was looking for, which is to be grossed out and want to look away, but being compelled to look anyway. So if that is all you want out of this movie, you may enjoy it.

Now to what I didn't like which is SPOILER HEAVY

What I didn't like was the general cop story. That inclusion made it feel almost like a ripoff of Se7en except it had a significantly less compelling bad guy. Max Minghella was such a fucking dud in this and one of the easiest to telegraph villains I’ve ever seen. This fact was a huge bummer for a franchise that prides itself on suspense and reveals. The acting issues weren’t isolated to him, though. Nobody was particularly strong in this movie at all. I don't hate Chris Rock (who approached Lionsgate with the pitch for this movie) or any actor based in comedy branching out and trying something new. This role just did not suit him, though. Nobody else with a speaking role stood out in a positive way, but I ironically respect the fuck out of Sam Jackson getting the bag for doing MAYBE one day of shooting max.

It failed as a cop story and failed as a horror story. You can telegraph everything that is going to happen in this movie by the 25 minute mark, and that is just not tenable for a movie in this franchise. I wouldn't recommend wasting time on this movie unless you are a die hard Saw fan.

My big question leaving this movie is this: Is Saw dead? Now, I don't mean financially. They can keep making these for $10 million a pop and reap $80 million back from teens around Halloween. But from a quality standpoint, was the first just lightning in a bottle that they will never recapture?