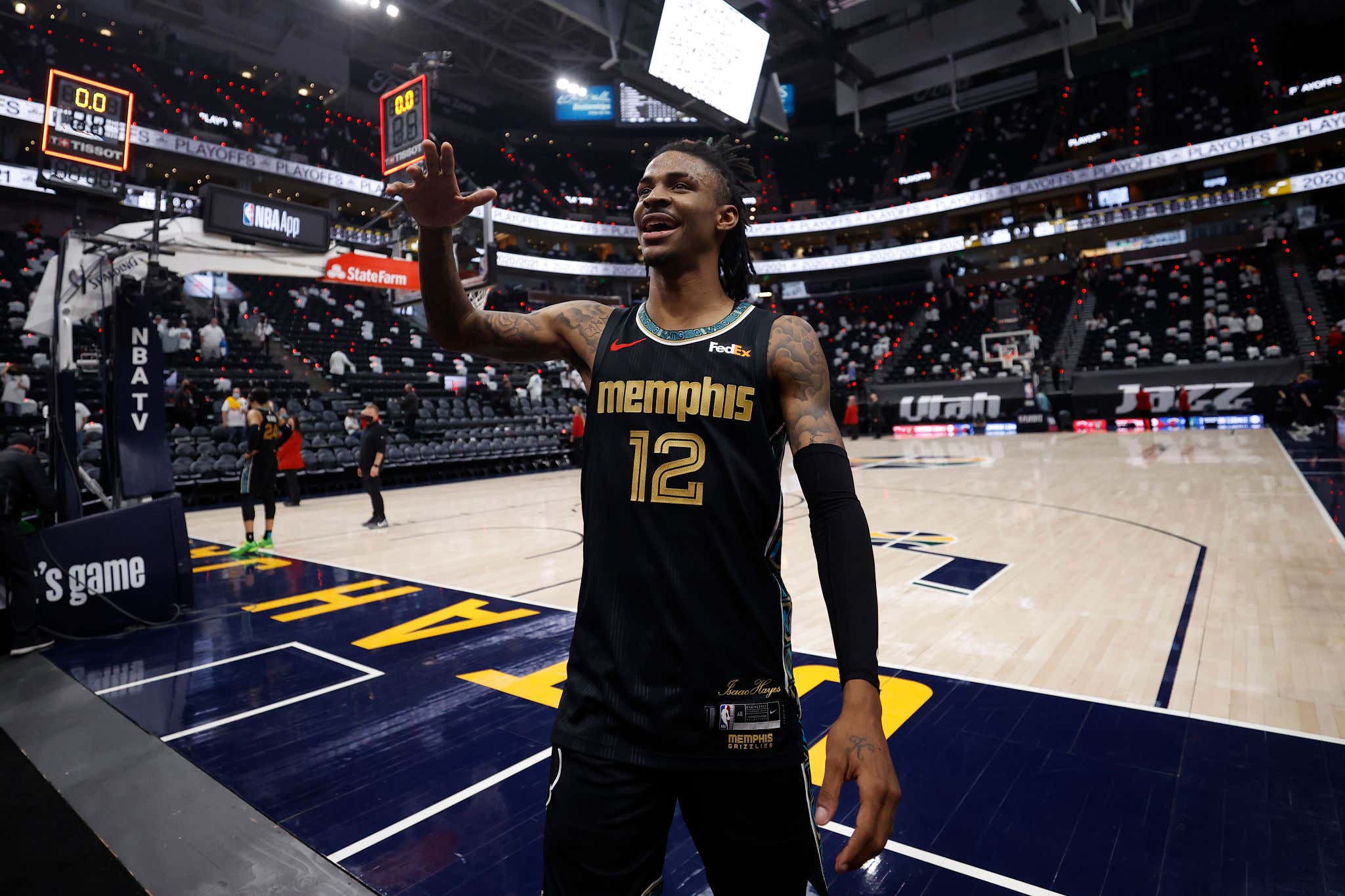 Throughout league history as time goes by we see the NBA go through certain eras. A passing of the torch if you will. There's nothing you can do to stop it, you just have to hope that the next wave of talent can carry the league like the previous did, if not better. In my opinion, we're at one of those torch passing moments. Or at the very least at the brink of one. Once guys like LeBron/CP3/Melo etc are all gone, things will shift fully to the new generation. One of the best parts of these 2021 NBA Playoffs so far is we're getting our first real look at a whole bunch of young guys on the biggest stage, some for the first time, and the results have been incredible.

The playoffs are hard man. You usually have to go through and take your lumps early as a young player. We've seen basically every star player ever go through it. Especially if you've never been in the playoffs before. What's really interesting to me about this season is these young dudes aren't just some sort of role player. For the most part, they are the #1 or #2 option. It's hard to look at what some of these guys are doing and not be really excited for the future of the league. Just see for yourself

Making his playoff debut, the most impressive thing about Trae Young's playoff start for me at least is who it's coming against. The Knicks are one of the best defensive teams in the entire league. Have been since the jump. It's a huge reason why they got the 4 seed (and why they pulled out Game 2). Well all Trae Young has done is dominate. Nobody has an answer for him. Doing that, ont he road in a hostile MSG is some big time stuff. Remember, this wasn't even an All Star this year, and he's definitely not going to make an All NBA team, yet here he is averaging 30 in a playoff series on 50/50% splits, and now is returning home with a chance of going up 3-1 if they just take care of business on their own floor.

Ah yes, the basketball prodigy himself. Last year we got a taste of what Luka Magic could do in the postseason, and all he's done this year is come back against the same Clippers team and essentially end their franchise singlehandedly. Look at those numbers again. The fact that it all came on the road and now Luka returns home with a 2-0 lead makes it even more impressive. If there's one thing we've learned from Luka in his brief time in the NBA it's that he thrives in the big moment. The man had 6 playoff games in his career leading into this season and you would think he was a 15 year vet. When we talk about generational talents like we did with early LeBron, Kobe etc, the same shit is true with Luka. He's a monster, and it's pretty insane to think about how he's most likely going to get even better.

You want to talk about exciting young players in these playoffs? Well how about Ja motherfucking Morant. First he took down Steph Curry, then he went into Utah, the number 1 overall seed and top defense in the league and dropped 35 to steal Game 1. What does he do last night? Just a cool 47. Sure the Grizzlies may not have won, but they gave UTA all they could handle and now return home with the ever important split. Even if you don't think the Grizzlies win this series, it's impossible to deny the coming out party that Morant is having this postseason. He's only 21 and look at what he's doing! To get off to this sort of start on the road in a hostile environment like UTA? Very impressive. Much like Luka, you get the sense that there is no moment too big for Morant, which is impressive as hell for a kid that young playing in his first ever postseason.

Booker is obviously a little older than some of these other guys listed, but this is also his playoff debut and I'd say it's going pretty well. Considering Chris Paul has a fucked up shoulder, it's even more important that Booker deliver on the offensive end, and I would say averaging 30+ against the NBA's #1 ranked defense is fairly decent. Losing Game 2 was tough, but you knew the league wasn't going to allow the Lakers to go down 0-2 so that's not really all that surprising. While I do think this Suns team will really only go as far as CP3's health allows, the fact remains that Devin Booker has showed up big time on this playoff stage.

The same is true for fellow Sun Deandre Ayton. When you come out and completely eliminate Anthony Davis in a playoff game as a 22 year old making your playoff debut, that's impressive as hell. To then back it up with another solid 20/10 performance all while shooting 87% from the floor? You can see why Suns fans are so excited about their core of 20 somethings. I know AD went off in Game 2, but that was mostly FTs and Adam Silver's doing. Through two games I think it's fair to say Ayton has been the best big in this series, and I can't say that's something that we all thought would happen heading in. He's been incredible.

Despite his age, we did get to see MPJ in 19 playoff games last year where he played around 23 minutes a night, putting up 11 points a game. Well now that Jamal Murray is out his role has increased for this postseason run and as a 22 year old he's certainly responding. That 3P% could get better but it's early. With all the attention that Jokic gets and the fact that the Nuggets are without both Murray and someone like Will Barton, there's a ton of pressure on MPJ to consistently fill that secondary scoring role. I feel like whenever you watch a Nuggets came it's talked about how wild it is that the Nuggets were fortunate enough that MPJ dropped in the draft and basically fell into their laps. You can see the offensive talent and as long as his health holds up there's no reason to think MPJ can't be a dynamic scorer for years to come.

Even if you don't think any of these guys have a legit shot at a title, stop being such a RINGGGZZZZZ hardo and take a minute to appreciate what we're watching. This is the next wave of talent that is going to carry the league and they are making a lot of noise essentially right away. I didn't even mention guys like Zion, Bam, Donovan Mitchell, Jayson Tatum, Jaylen Brown, LaMelo Ball, Anthony Edwards, Ben Simmons, De'Aaron Fox, SGA, etc.

If this is a sign of what's to come, it sure seems like the league is in a great spot moving forward when it comes to an eventual Post LeBron world.